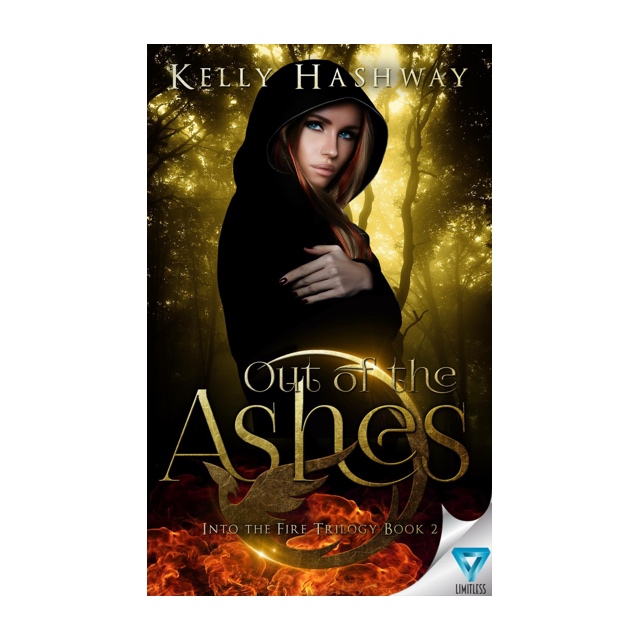 OUT OF THE ASHES by Kelly Bradley Hashway

She’s been reborn as a Phoenix and has forgotten everything from her first life—including Logan Schmidt. He’s handsome and protective, but with no recollection, he can’t be trusted.

Accused of being a Hunter, Logan’s mortality is put to the test…

Logan isn’t willing to admit he and Cara are over—not even after he watches her rise from her own ashes.

While the other Phoenixes are convinced Logan is a sworn enemy, a group of deadly Hunters are sure he is a Phoenix. Only being guilty of loving Cara, he must prove them all wrong—and convince Cara she loves him.

However, a magical link may be the demise of Logan’s devotion…

With the Hunters hot on their heels, it’s up to Logan to save Cara. But when the dagger calls out, Logan is drawn to its power.

Cara’s missing memories may not be the only obstacle standing between her and Logan. Their relationship isn’t just complicated—it’s deadly. And when Cara finds herself at a crossroad, she is forced to choose…

She can plunge into the darkness of her treacherous fate, or use her Phoenix instincts to once again rise Out of The Ashes.

One thought on “OUT OF THE ASHES”