Elisa Jones has just graduated college with her journalism degree and now she’s trying to make her way in the world alone. Without any idea what to do, Elisa turns back to her first love – cold serial killer cases. She decides to follow up on a lead she found that the police overlooked. It’s a clue that takes her to California, where she thinks she might be able to assist in uncovering the killer.

Commander Turock Gav’rin is on the hunt for a fugitive, one that has taken him across the stars to a small blue planet with worlds of potential. Hiding who he really is, “Chase Ricter” has to find and capture his fugitive before any of the natives discover who, and what, he truly is.

Elisa and Chase are thrust on an adventure that will test their very beings. A twist of fate brings them together in a collision that will set their worlds on edge. Will the two of them survive as mighty hunters? Or will they lose it all as they become the hunted?

“Look, Miss. I know you think it’s important, but the detective isn’t going to just want to speak to some young child, from out of town, that plays at doing his job. So why don’t you just pack up your pricey, high maintenance ass and head back to wherever you came from and let a real man do the work. Shouldn’t you be at home playing with your dolls anyway?” With a sneer the officer returned to doing whatever it was he happened to be doing before Elisa showed up, which turned out to be a crossword puzzle from the local paper.

With a soft growl, Elisa turned around and started to head towards the door when a commotion brought her to a stop. Three officers brought in a man struggling and nearly knocking them off their feet. “Get the door, Charlie! This one’s not coming easy!” The tallest of the three cops shouted and Elisa assumed correctly that he was talking to the desk cop as the man jumped out of his chair and raced to the door leading to the jail cells.

“Let me go! You don’t know what he’s going to do!” Twisting and turning the man fought with the officers as much as he was able to with his hands cuffed behind his back. Turning rapidly from left to right, he managed to break the hold of the one on the left, lurching to the right drove that man off his feet, taking the opportunity to make a run for it the male charged towards Elisa with his head bent and body doubled over. Not paying attention to his surroundings, Elisa was too stunned to move out of the way. His head connected with the left side of Elisa’s ribs and sent them both sprawling down to the cold hard black and white checkered floor. Her papers gently fluttering to the ground around them like snowflakes, Elisa didn’t even have the chance to scream as his heavy weight pinned her down.

“Get off of me, you jackass!” Shoving and pushing leads to nothing more than the man’s weight dropping further onto her body. The suddenness knocked what little breath she had left out of her lungs.

“You have to get them to let me go before he kills more people! I swear I didn’t do it! Please! Make them let me go so I can stop it before it’s too late!” With a toss of blue-black hair, the man lying across Elisa lifted his head and beseeched her with his piercing blue eyes.

Eyes so blue they were almost white.

Faster than she could blink, Elisa felt the man’s lips brush lightly against her own, a feather-light touch of skin that sent a sizzle of awareness down her spine, and blocked out the rest of the chaos around them. It wasn’t until he pushed for entrance, his tongue forcing its way into her mouth and leaving a stinging sensation against the corner of her lip, that she realized just what was happening and began to struggle.

With a choked off scream Elisa began to push at the man’s chest and kick at his legs, anything to get out from under the one man that sent a zing of awareness through her entire body.

“Get off of me! Get off! Get off get off get off of me!!!!” Not caring that she was repeating herself, Elisa simply wanted to get the man away from her. She didn’t even notice as officers charged forward to pull the man from her, more running in from other doors that lined the hallway on either side, and finally wrestled the heavy man from her small five foot three inch frame.

HA Fortman loves to read, and has since she was a small child and reads everything from horror to classical.

Recently she decided, with the encouragement of her friends and family, to start writing her own books and publishing them. While she’s always written stories, most of them ended up in the trash or being covered in dust as they were forgotten about. Now, however, she’s starting to share her stories with everyone and publishing them.

She lives in South East Michigan with her husband and son, and their two dogs and two cats. Living and loving being able to share her creative nature with everyone, she hopes that you’ll enjoy her stories as much as she enjoys bringing them to life. 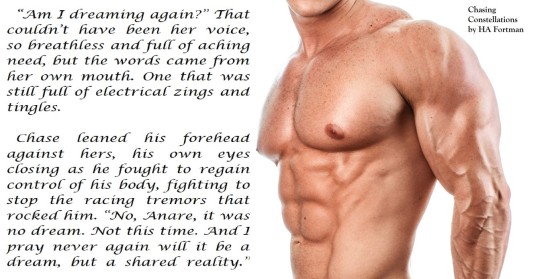