SYNOPSIS
Ireland calls to Hailey’s soul like an emerald siren. Her past is inextricably linked to this small island.
Cillian is a jack of all trades with a musician’s restless soul. He loves his country – the history, the landscapes, the people and the traditions – but is it his forever home?
With his Irish charm, his silken tongue and the weird effect he has on her nipples, Hailey struggles to resist.
Discovering the romance of the Irish countryside has its own passionate side-effects.
Can an American tourist intent on being independent keep up with a wild Irish rover with more issues than National Geographic? And will Cillian’s heart follow Hailey no matter where she lands? 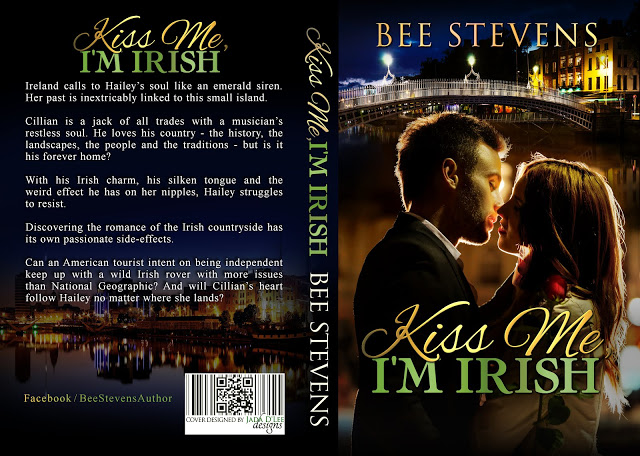 The t-shirt was smaller and more fitted than I would normally be comfortable with, but I went with it.

Checking myself out in the locker room mirror, I took a deep breath. The shirt highlighted my curves nicely. My boobs looked bigger. Cillian would appreciate…
STOP IT!
Shaking my head to clear my deviant thoughts, I went to find Cillian. Yeah, ‘cause that will clear your head of deviant thoughts—not!
I quietly opened the door to the kitchen. He had his back turned to me as he was layering some cold meats onto slices of bread. My eyes roved over him of their own accord. His head was bowed as he worked and I could see the sinewy muscles in his back move under his green t-shirt. My eyes dropped to his ass, covered in dark blue jeans, and I tilted my head and bit my lip as I blatantly took in the delectable ass. Pervert! I snapped myself out if it—again—and cleared my throat. Cillian whirled around at the noise.
The front is even better than the back! There is no hope for me.
Holding a butter knife mid-air, he stared at me open-mouthed, and he was blushing! The reason for his blush became the reason for my blush. We were wearing the same t-shirt. I knew that because we were all wearing the same one today, but on Cillian, it just looked different. It looks hot!
He still hadn’t said anything as I walked toward him. He held my gaze as I got closer…and closer. What are you doing, Hailey? Stop! No! I stopped directly in front of him. Making a point of checking out the wording on his t-shirt again and the expanse of his muscled chest underneath it, I leaned up on my tiptoes and planted a swift kiss on his soft lips. Shocked, he leaned back against the counter and dropped the butter knife.
“What…what was that for?” he asked, confusion marring his beautiful face.
“Just following instructions,” I replied, winking at him.
“What?” He seemed too stunned to comprehend what I was saying to him.
Reaching out, I ran a finger across the wording on his chest, which was imprinted above big, glittery red lips. I had not failed to notice the hard muscles underneath as they twitched at my touch.
“See here. It says, ‘Kiss me, I’m Irish’. I was just following instructions.”
He smiled darkly at me as he recovered. My breath hitched. I could almost see the machinations of his mind as his eyes focused and his pupils darkened. A lock of his hair had fallen forward onto his forehead and my fingers itched to brush it off his beautiful face.
“Well,” he started, “you’re wearing the same shirt. Maybe I should reciprocate?”
“Ah, if only I were Irish. Alas!” I was distinctly aware of a weakening in my knees, so I was amazed at the steadiness of my voice.
“On behalf of my nation, I grant you citizenship. Besides, it’s Paddy’s day, the whole world is honorary Irish today.”
Oh shit!
Taking a deep breath, Cillian stood up straighter. He towered over me as my eyes followed his movements. I took a step back. He took a step forward. I gulped. He smirked. All my bravado had vanished. I could hear my heartbeat in my ears. He raised a hand and moved my hair behind my ear. His touch against my skin set off a series of sensations threatening to overtake me and my ability to breathe properly.
Run! Stay! Run! Stay! Good idea! Bad, bad thoughts!
I squirmed as the bad thoughts sent waves of lust from my cerebral cortex directly to that special place in the pit of my abdomen. Cillian bowed his head slightly. His pupils dilated and his tongue darted out, wetting his lips. My breath stuttered in my throat before cutting off completely. Someone should check my pulse ‘cause I’m sure it’s faulty. My eyes watched as his lips got closer. 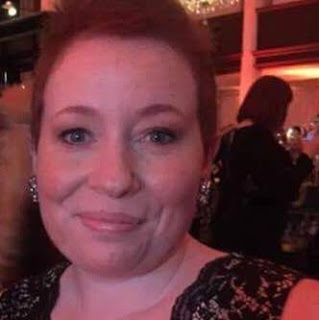 Born and raised in a sleepy village in North County Dublin, Bee Stevens only ventured outside of it in her imagination. If you asked her as a child what she wanted to be when she grew up, she would have said Journalist. That changed several times over the years, but her dream was always to write, in one form or another. Bee published several short-stories in an in-flight magazine for an airline she worked for but never pursued it outside of her daily routine. When illness changed her daily routine without much preamble, she found being stuck at home was the kick in the arse she needed to finally write the book lurking within her. These days, though she has ventured further afield, Bee can still be found in the slightly less sleepy, but still small village, with a cup of tea in her hand and a dog on her lap, as she tries to type around the ball of fluff who rarely leaves her side.