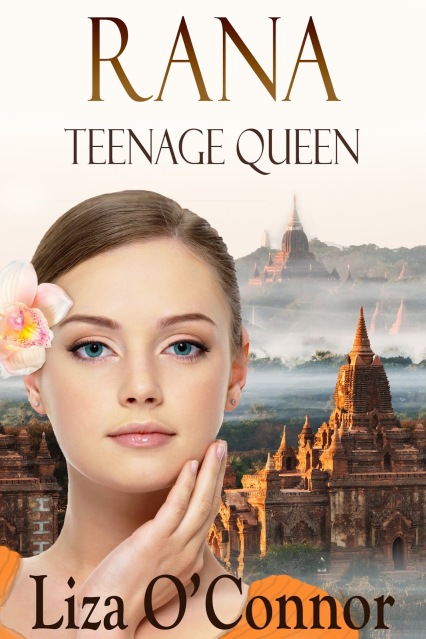 Rana was only sixteen when she became queen. Her first challenge was quelling an internal coup while a massive army stormed the gates of her castle. Her enemies thought her a child, but she had powers they never suspected. She also had great dreams for her people, and she would do whatever was necessary to make them happen, even marrying a prince she did not want.

Claiming the right to be queen and becoming ruler of Stronghold turned out to be two very different things. Upon locating the bodies of the king and queen, the first point became established as fact.

However, the ministers wished to declare her a child, incapable of ruling Stronghold.

“I may be small in stature, as my mother, but I am a woman and if you call me a child again, I will have you thrown in prison.”

Minister Jerome sneered and shook his head. “Listen to her! Only a child would make such a threat. We have laws. One cannot be thrown in jail for speaking the truth.”

“General, arrest this man for treason.”

General Collins did not budge from her side, but with the slightest nod, two of the general’s soldiers moved quickly to secure the errant minister.

The minister attempted to break from their hold. His attempts would have been laughable if the situation was not so dire. “You cannot arrest me for treason just because I speak the truth! And who are these men? They are not of our army. Where is General Hack?”

She waited until the man was gone before addressing the others. “General Hack assassinated my father.”

“Do you have proof?” Another minister challenged.

“You have my word on the matter. I was there. I saw it all. He ordered his men to fire into the tower, claiming it had been overrun with the enemy. Only he knew that was not true since he had just left the tower. He knew the only two people within were myself and his king.” She eyed the ministers, waiting for further traitors to identify themselves by arguing with her.

Unfortunately, the remaining ministers, whether for her or against, had the sense to keep their mouths shut.

Liza O’Connor was raised badly by feral cats, left the South/Midwest and wandered off to find nicer people on the east coast. There she worked for the meanest man on Wall Street, while her psychotic husband tried to kill her three times. (So much for finding nicer people.) Then one day she declared enough, got a better job, divorced her husband, and fell in love with her new life where people behaved nicely. But all those bad behaviors has given her lots of fodder for her humorous books. Please buy these books, because otherwise, she’ll become grumpy and write troubled novels instead. They will likely traumatize you.

You have been warned.