One dart.  Two fates come together. Both wounded by their pasts.

When Daniele Galluccio moves to Lexington, Kentucky, she has a need to start over. She meets Sam Thompson, Attorney at Law, who returned to the home of his youth after his father died. But Robert Reynolds’ conspiracy to hide a secret forces Danielle to leave Kentucky. Yet fate has other plans. Three years later, they come face to face. It was when Sam looked into his own eyes, in the form of a little girl forcing Danielle to return. With the help of friend Callie Prescott, they come together to serve Robert a heaping dose of karma.

Because of You
by Renee D Pellegrino

Because Of You Book Trailer

Renee Danielle Pellegrino was born Altoona, Pennsylvania in 1974, and is of Italian descent. Her la nonna (grandmother) told stories of coming to America on a banana boat, and how their windows in the kitchen of the home in Italy viewed the Swiss Alps. Family was always important to her Nunny, who instilled the desire for large family gatherings during the major and minor holidays. During her childhood, experiencing these family dinners, her Uncle Terry inspired her to become a writer. Uncle Terry challenged Renee to become an avid reader by introducing her to the writings of author, Stephen King. They encouraged her to become a writer. Uncle Terry, could often be heard, “Write your stories down, little one.”

This promotion is brought to you by Pure Textuality PR.

***FREE BOOK LAST DAY*** (please share if you wouldn’t mind to help get the word out.
By Christopher Harlan

LAST DAY- Impressions of You (book 1) is free to one-click. Book 2 in the series will be out in a few weeks – cover models are Lance Jones (book 1) and BT Urrela (book 2) -Anyone who downloads and leaves an honest review will also be entered into a drawing for a signed copy of both books once book 2 is out in a few weeks. IOY has 29 reviews at 5/5 stars on Amazon, and can be found here:

And book 2, Impressions of Me, will be released on April 18th- cover featuring BT Urrela – Pre-order your copy here:

“My future’s been planned for me for as long as I can remember, but I’ve never felt this alive until I met you.”

“I shouldn’t want Carter, but I can’t get him out of my mind.”

Luke Bailey doesn’t have time for a boyfriend. Between dog-walking, law school applications, and trying to get his music career off the ground, love doesn’t stand a chance. Besides, his new customer’s straight as they come, right? So why can’t he stop thinking about Carter?

Carter Welling just needs a dog-walker. Big league hockey takes him away from home, and he can’t take Puck everywhere he goes. What he doesn’t need is a hot dog-walker who makes him think weird things about guys that he’s never felt before.

“Fate brought us together. Can I afford to take the risk?”

Something just keeps pulling them back together, though, and it’s not just the cuteness of Carter’s dog. When Luke’s dreams and Carter’s hockey career seem to be splitting them apart, can they admit that what they want—no, need—is each other?

Playing With Fate is a standalone gay romance novel with no cheating, no cliffhangers, and a HEA.

And suddenly that fresh start Susan Scott wanted is threatened, needing help she turns to the only person she trusts.

Detective Dominick Antonelli swore he’d always keep her safe, and that’s exactly what he intends to do. But living in tight quarters leaves him battling against his desire for her and his promise to protect the woman he’s falling in love with. Tensions mount as their attraction for one another builds, leaving them both unaware of the danger stalking their every move.

Dalton will stop at nothing in his quest to seek out his betrayer. He watches her carefully, biding his time for the perfect opportunity to strike.

Dive into the conclusion to the Marked Series, where Dalton’s reign of terror continues.

Will this evil man get the last laugh?

Or will he be defeated once and for all?

::Other Books in the Series::

Jesse Lorenzo (formerly Lady J) is a romantic suspense writer and author of The Marked Series. Her debut novel, Forever Marked, released in August of 2015 and the rest is history.

She was born and raised in Central New York. This is where she met, fell in love with, and married her husband, in what can only be described as a whirlwind romance. Together, with nothing but the clothes on their backs, they forged an adventure across the country to sunny Arizona.

Now, Jesse spends her days raising her three beautiful daughters, and two fur babies… Her nights belong to writing and the creation of exciting new worlds.

Self proclaimed coffee connoisseur, lover of all book genres, camping, shooting, and all things outdoorsy.

by Stephen Hoppa
https://www.amazon.com/dp/B06VVTGFWT
Three novels of love, lust, suspense, intense emotion, and dark themes with in-depth characters and happily ever afters. This collection includes: Everything Between Us, Keep Me Still, and Scars by Stephen Hoppa.

Keep Me Still:
Travis thinks his life is out of control—until the night he crashes into Cody. That’s when he learns what it truly means to surrender everything. Cody is strong, sexy,and more generous than Travis believed possible. He takes him in and begins unraveling all the pain and secrets that led to Travis being alone, homeless, and running for his life with an envelope of stolen cash.

With such a sweet, fragile heart, Travis has never let his guard down with anyone, but he can’t resist falling deeper and deeper into Cody’s effortless dominance and possessive touch. Over stormy summer nights in Cody’s isolated cabin, Travis discovers the euphoric passion of giving in to the desires Cody draws out of him.

Heart. Mind. Body. Travis hands over everything to the man who taught him to trust. The only problem is… Cody isn’t who he says he is—and his own dangerous secrets may shatter the faith Travis put in him.

Everything Between Us:
Ethan is confused about more than just his sexuality the night he wanders into a white-trash bar after breaking up with his fiance. When he’s dragged outside the bar and beaten by leather-clad thugs, he’s rescued by the last man he needs in his life.

Raw, dominating, and dangerously unpredictable, this dark stranger won’t even tell Ethan his name. The enigma only draws Ethan in more as he finds himself unable to resist this man or the power he holds over him. Secrets are slowly uncovered. The bond between the two men deepens as scars of the past reveal themselves. But Ethan finds he’s learning more about himself than he ever imagined as a new word finds it’s way onto his lips: submission.

Scars:
“I don’t really like talking about my scar.”

Quinton Warren is haunted by a secret that’s kept him distant from others—until the night he discovers a man who suffered the same traumatic incident that left them both scarred for life. Quinton has never been attracted to men before, but with their shared pain, he can’t help becoming intertwined with Matt. That proves to be both complicated and dangerous as Matt is the boyfriend of Quinton’s controlling boss.

“My relationship with him was growing twisted and unhealthy, like skin healed all wrong.”

Matt’s been burned by men in the past, and his emotional elusiveness only amplifies the tension in this twisted triangle. But Quinton’s kindness and intense passion seem the only things able to soothe Matt’s skittish heart.Through all the jealousy and mind-games, Quinton can’t shake the feeling that someone’s following him, but that can’t be true. It’s just his paranoia getting the better of him—right?

“When you’ve never seen your attacker’s face, anyone could be him.”

Available for $3.99 or FREE on Kindle Unlimited.

Left Behind
Finding My Forever Book 3

My god, if I have to watch one more happy couple get together, I’m going to lose it completely and probably rip out all of my awesomely pink hair. My older brother is now married and has a family, my best friend is in a committed relationship, and the man I’ve wanted to be with for the last two years just can’t give me what I want… what I know I deserve… I need to do something, go somewhere else and clear my head.

So, when I get invited to a photographer’s convention in Florida, I jump at the chance. Now I can get away from all the coupled happiness around me and surround myself with… all the photographers from back home.

Why didn’t I realize that I already knew half the people here? How did I not know that Andrew—the head of the jerk brigade—would be here too? Ugh. Well, at least I can hang out at the beach, right?

***Left Behind is the third book in the Finding My Forever series, but is a standalone novel. Each book in the series will feature a different couple, but the couples will show up throughout the series. It’s a 114,000 word contemporary romance between two men with explicit language and graphic sex intended for Adults Only.***
myBook.to/LeftBehindFMF3

One look, and I know I’ll have her. One taste, and I’m insatiable. One wrong move, and I’ll lose her forever.I’ve never met a woman who was worth the time and hassle of a relationship. I’ve got my hands full leading the family.Nya, though … she’s not just a pretty face and smokin’ body. She’s a woman who knows exactly what she wants and isn’t afraid to take it. After one night with her, I need more. But the next morning, someone tries to kill me. At first I wonder if she set me up, know that I’m so gone for her it might have worked. But her fear when she finds out who I am, what I do, proves to me that she’s a target too. And now the ones who want me dead are about to learn just how far I’ll go to protect what’s mine. 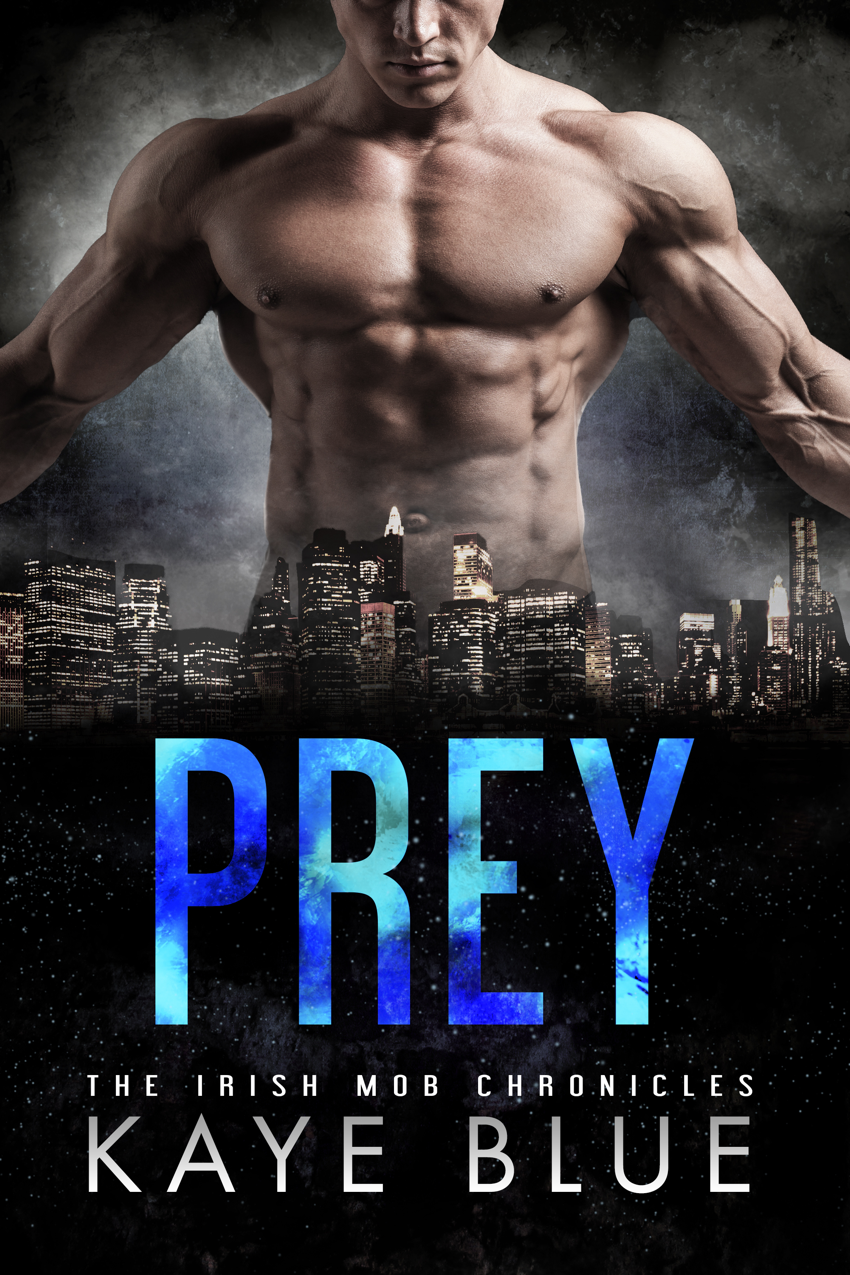