At Attention (Out of Uniform)

Lieutenant Apollo Floros can ace tactical training missions, but being a single dad to his twin daughters is more than he can handle. He needs live-in help, and he’s lucky a friend’s younger brother needs a place to stay. He’s surprised to see Dylan all grown up with a college degree…and a college athlete’s body. Apollo’s widowed heart may still be broken, but Dylan has his blood heating up.

It’s been eight years since the teenage Dylan followed Apollo around like a lovesick puppy, and it’s time he showed Lieutenant Hard-to-Please that he’s all man now—an adult who’s fully capable of choosing responsibility over lust. He can handle Apollo’s muscular sex appeal, but Apollo the caring father? Dylan can’t afford to fall for that guy. He’s determined to hold out for someone who’s able to love him back, not someone who only sees him as a kid brother.

Apollo is shocked by the intensity of his attraction to Dylan. Maybe some no-strings summer fun will bring this former SEAL back to life. But the combination of scorching desire and warm affection is more than he’d expected, and the emotion between them scares him senseless. No fling lasts forever, and Apollo will need to decide what’s more important—his past or his future—if he wants to keep Dylan in his life.

Book Two of the Out of Uniform series

Nicole and Kate, from the Love on… series set their sights on a weekend in New York City for their next girls’ trip. On their way to the airport, they meet Lauren. She’s left the home she shared with her cheating boyfriend and has a bag filled with her life’s possessions at her feet. Once Lauren is talked into joining them on their trip to New York, she realizes that she can reconnect with her older brother, Cameron. Immediately she meets the sexy bartender from the lobby bar, Zane and there is an instant attraction. Lauren spends the weekend reconnecting with her brother who is a New York City cop, falling for Zane and hanging out with her new friends. Along the way, there is a bit of suspense and excitement that keeps them all on their toes. Come along with the girls for a NYC weekend trip.

This is a spin-off novella from the Love On… series, but can be read as a standalone.

Aubrey Parr waited until her she was forty to publish her first novel. Although she received her Master’s in Accounting, Aubrey always knew that she wanted to write. She was inspired by her great-uncle, author Evan S. Connell. She lives with her husband and daughter outside of Chicago, Illinois and is currently writing book 3 of her Love on… series. When Aubrey isn’t writing, she can be found with a book in her hand. 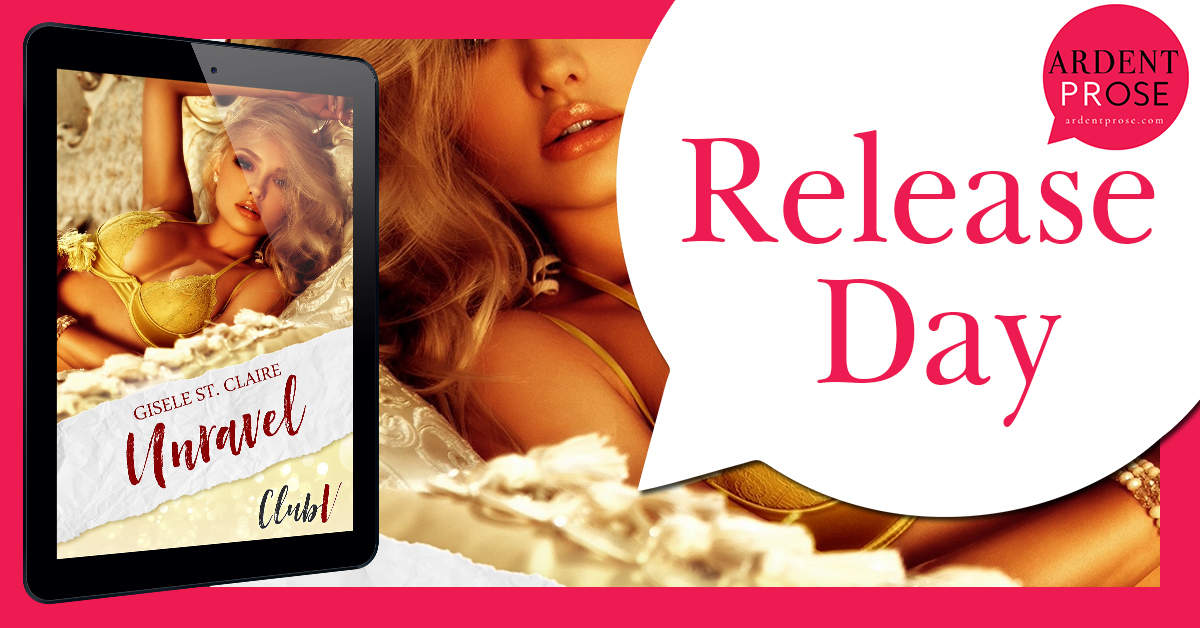 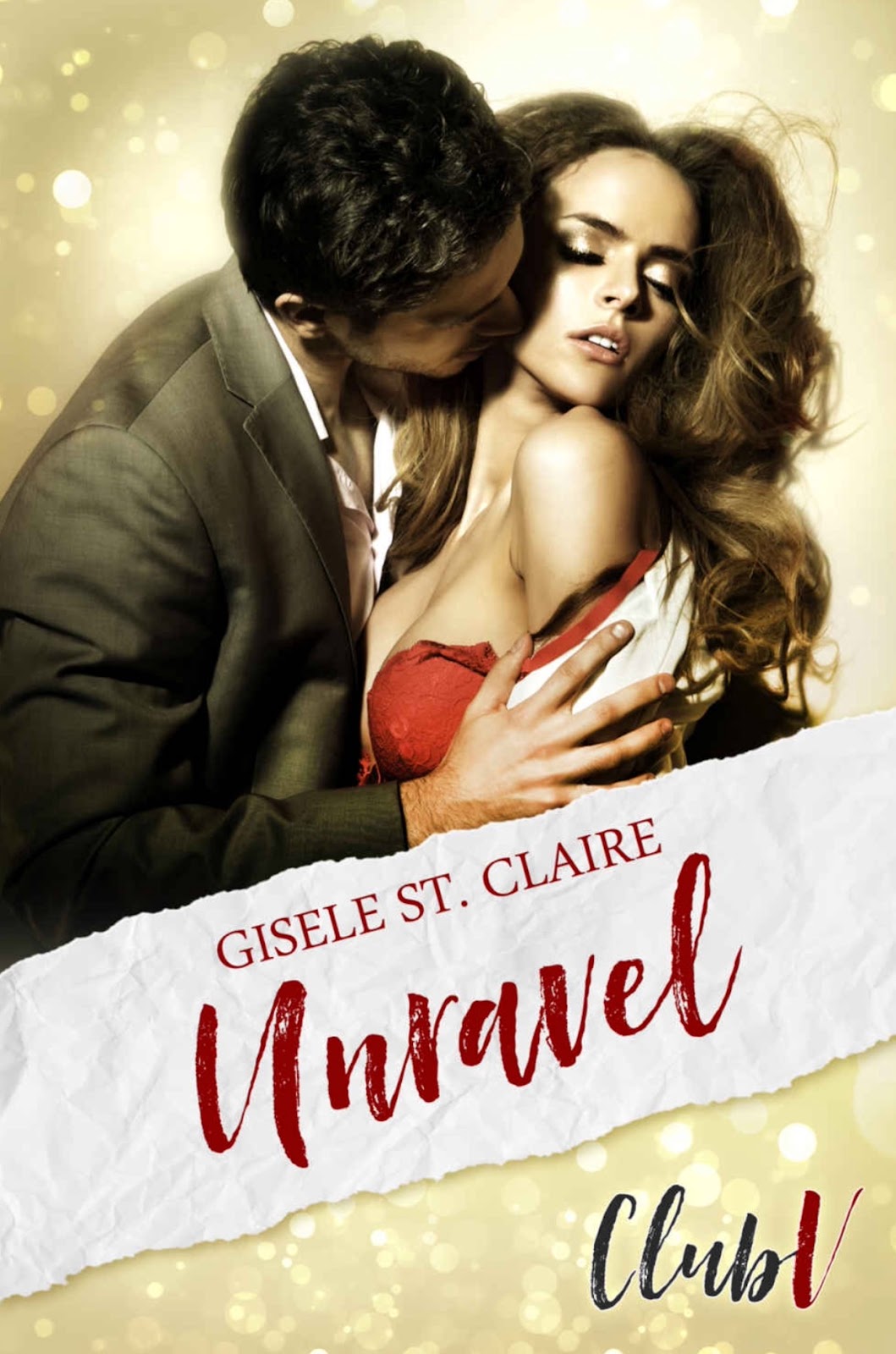 Mr. VanceMy eyes raked over her. The temporary bartender brought into my office because she’d seen the virgin auction room. I took in her delicious curves and knew I needed to have her. Except, I would never see her again after tonight. But, I always get what I want, I’m the owner of Club V and I will unravel her in ways she’s never experienced. I can barely wait to touch and lick every curve of her virgin body. SamaraI assumed the auction room at Club V was just a rumor. Until I walked into the wrong room. I feared being fired but when the guard brought me to Mr. Vance I was instantly a hot mess. He was gorgeous, arrogant, cocky even and I couldn’t take my eyes off the very naked woman wearing a diamond collar standing beside him. The look of lust and sex on her face as he played with her and then the way he watched me, teasing. But, I’d never have to see him again after tonight.That is until fate changed everything… God help me!If cocky men, virgins and angst are your thing read on.. 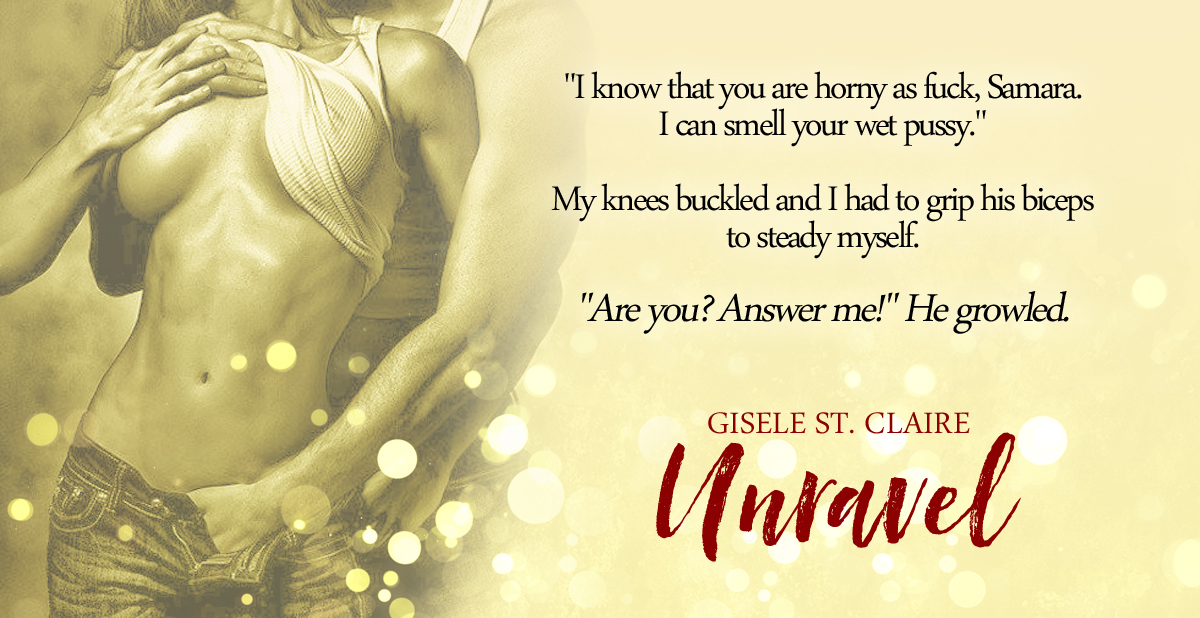 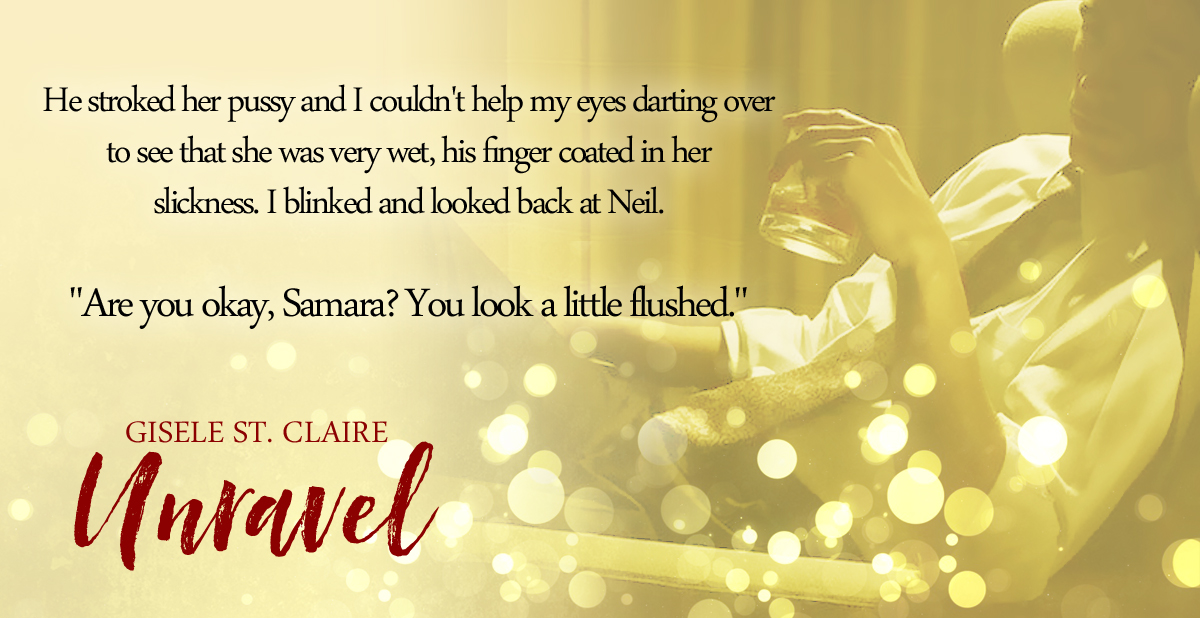 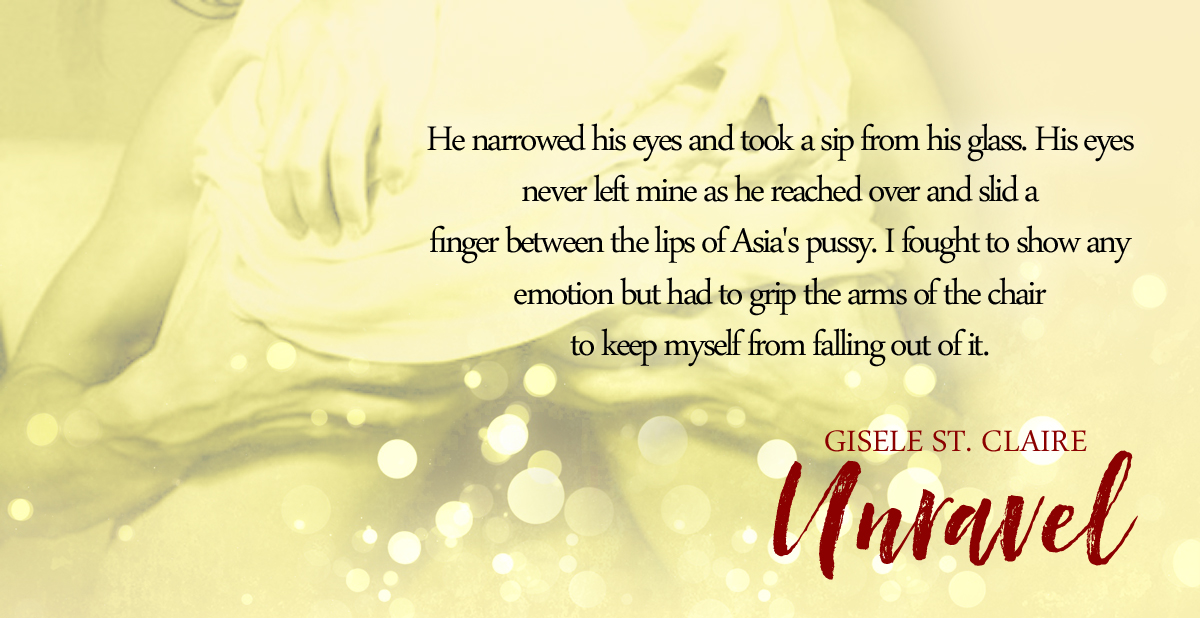 If you’re into quick, hot and sexy Erotica Romance with a twist then you’ve found the right gal! I love staying up late and watching my characters come to life on paper.
Author Links
Facebook  Newsletter  Email  Goodreads  Amazon

Layers of Her by Prescott Lane
Amazon:
https://alexa.design/2orr1QD

Synopsis
People always say it’s what’s on the inside that matters. If that’s the case, I’m screwed. On the outside, everything looks put together — blonde hair, blue eyes, tall and lean. By society’s standards, I’d be considered attractive. But f*ck society, I know what I am. I know what I’m made of. The recessive genes that reared their heads and created a decent looking package on the outside don’t make me who I am. What about all the evil lurking inside? What about all the other parts of me that aren’t so easy to see? Some of the most beautiful animals are also the deadliest. Take the polar bear, for example. Cute and cuddly on the outside, but it’s really a predator that will bite your f*cking head off. That’s a dangerous combination.

And that’s exactly like me, exactly who I am. Bad — and once you go bad, you can never go back.

WARNING: This book deals with the harsh reality of rape that could be upsetting for some readers.

Note from the Prescott Lane

Rape. Just typing that word makes my gut tie up in knots. And that’s part of the problem. Because it’s so uncomfortable, we don’t want to talk about it. So it gets buried at the bottom of the newsfeed or forgotten altogether, like the backlog of untested rape kits.

Two years ago, I released Quiet Angel in which the heroine is a survivor of childhood sexual assault. A few weeks later, my husband became gravely ill, and we spent the rest of the year (5 long hospital stays and 4 long surgeries) fighting to regain his health. As I sat in the hospital chair next to his bed night after night, I got messages from women about how my book touched them. Some shared their reasons, and others didn’t.

I came to learn that April is Sexual Assault Awareness Month. How could I not know that? I’d just released a book on the very topic. Yet I didn’t see one post about it on any of my social media accounts.

Last year, I began writing Layers of Her with the intent to spread awareness and donate all of April’s profits to charity. I was nervous when I started, and I still am. I mean, how much will the profits be? Will readers assume I’m a survivor or I know one? Will I do the topic justice? Why am I doing this? It’s a whole lot easier to stay silent. But that’s the whole problem, isn’t it?

I work in a field, in the genre of fiction, that is mostly comprised of women, where sexual assault is one of the most common tropes. And with each passing page, we pull for our broken heroes and heroines to heal, find love, forge a new path. That’s all we want for them. We need to do the same for the real life heroes and heroines, those brave souls who fight the real fight every single day. So join me this April in making some noise to raise awareness, not only for the survivors but for those who love them.

★★★ BRAND NEW RELEASE! ★★★
A Handful of Fire by Alexis Alvarez Author is LIVE!
Grab it for only 99 pennies NOW! >>> http://amzn.to/2ob1tIa
#FREE with Kindle Unlimited
“OMG You Must read this book!!!” – Kcdrk reviews
BUY NOW!
Amazon US: http://amzn.to/2ob1tIa
ADD TO YOUR TBR: http://bit.ly/2mPPn72
Blurb:
A taboo relationship…steamy passion…and secrets that can ruin everything.
Single father Gabriel Baystock is rich and powerful, educated and handsome – and helpless when it comes to ensuring his son Michael recovers fully from a childhood cancer. He’ll do anything, even hire award-winning child therapist Shai Bonaventura.
Shai is drawn to brooding, sexy Gabriel, and while she falls in love with the little boy she’s hired to help, she loses her heart to his father. Their powerful chemistry is off the charts hot, and Shai thinks he might be the one to help heal her own demons, even if it means crossing professional boundaries.
But when old secrets from Shai’s past are revealed, it’s not clear if their fragile relationship can survive the harsh reality of the real world…or whether they have the courage to fight for what they really need?
A Handful of Fire is a full-length stand-alone romance (about 80K words) with an HEA. It’s a contemporary love story with a high heat level and gorgeous, poetic prose.
AUTHOR BIO
Alexis Alvarez writer erotic fiction. Her books feature strong, intelligent sassy heroines who may enjoy being submissive in the bedroom, but are never doormats or pushovers.
You can find more about her work on her website http://www.graffitifiction.com, where she and her two real-life sisters – who are also romance writers – blog about their books.
In addition to being a romance author, Alexis is also a photographer and digital designer. She enjoys spending time with her family, traveling, and making really inappropriate jokes.
AUTHOR LINKS
Amazon: http://amzn.to/2bjS9vm
Facebook: https://www.facebook.com/AlexisAlvarezAuthor
Goodreads: https://www.goodreads.com/author/show/14127116.Alexis_Alvarez
Website: http://graffitifiction.com
Twitter: https://twitter.com/AlexisAlvarezWr
#Bookreviewvirginialeeblog
April 11, 2017 Book Review Virginia Lee Blog

by CR Guiliano
https://www.amazon.com/Jathyns-Spirits-Vampire-Wars-Book-ebook/dp/B06Y4Z26ST
Jathyn grew up the son of a master vampire, or so he thought. When the master grew ill, his mother revealed an astonishing truth…Jathyn was a dyad, and the master was not his father.

Feeling angry, and betrayed, Jathyn couldn’t muster any regrets when the master died, his mother following into death. The clan dispersed, and left him behind. Young, and naive, Jathyn spent years searching for more dyads.

When he stumbled upon Kylor’s clan, he finally thought he’d found a true home. Then he met his mates, both dyads. Happier than he ever thought he could be, it wasn’t to last.

Tragedy struck, leaving Jathyn, and Shanley heartbroken. Grief tore them apart, Shanley helpless to fix their bond. Jathyn knew he was hurting his remaining mate, but he didn’t know what to do bring them together again when he was drowning in sorrow.

When Shanley found a second mate, it brought home just what Jathyn could lose if he didn’t bring himself out of his depression.

🎂 Hurry! Only #99cents for this #5star #bodypositive #romcom for a limited time!

Lifelong Fat Girl Claire Sterling is facing some big changes in her life: turning 40, a divorce, a move, a new job, and wading into the world of online dating. Join her on her journey of reinvention in this hilariously funny yet poignant book!