It only comes once in a lifetime, that all consuming love—the kind that grips your heart and soul like a vice and never lets go.

When that love is threatened; you’d do anything to protect the only good thing in your life, even if that means surrendering and letting it go.

A lot can happen in ten years—heartbreak, devastation, loss.

But when a chance encounter throws two broken souls together again, will their pasts be too much to put behind them?

Or will they be able to put all of their fears aside for one last chance at love?

All the Scarred short stories put together in one collection.

In Scarred For life, Josh tries to wrap his mind around his boyfriend’s sexuality, whereas in Scarred In Love, Damian decides that even being asexual, he can still try to have sex with Josh. In The Scarred Ones, Josh thought he was doing good, but it turns out he isn’t.

In A Shattered Soul, Tyler meets a young, broken Mal and he tries to help him. It’s just that not everyone can, or want to be, helped. And lastly, in Scarred and Shattered, Josh and Tyler meet at Mal’s grave, and they bond over their friend that died too early but who also wouldn’t have been able to live a normal life if he was alive.

These short stories delve deeper into the relationship of Josh and Damian, so Scarred and Wounded should have been read beforehand.

Preorder only 99¢!
♥♂♂Kade & Cameron: Something About Him By A.D. Ellis- Author
♂♂♥
http://amzn.to/2pTofoj
Publication Date: June 15, 2017
Cameron Lewis is left reeling when his perfect life—two beautiful children, an adoring husband, and a house on the lake—is ripped apart by loss.
Kade Ramsey is living the American dream with a wife, two amazing children, and a comfortable job. But dreams are often only illusions, and Kade discovers his life isn’t all he thought it to be.
Kade and Cam have been friends for years. When their lives begin to fall apart, they turn to each other for support. Is friendship all they share? Or will their need for each other drive them down an unexpected path?
♂♂♥ SOMETHING ABOUT HIM ♥♂♂
Warning: Do not read this series unless you enjoy sexy and emotional real-life characters and situations.
Bryan & Jase
http://amzn.to/2p5JC6G
Brody & Nick
http://amzn.to/2qBmo86
Barrett & Ivan
http://amzn.to/2q9gwTV
Braeton & Drew
http://amzn.to/2q99kag
Ryker & Gavin
http://amzn.to/2p5YDFe
Kade & Cameron
http://amzn.to/2pTofoj
May 9, 2017 Book Review Virginia Lee Blog

★TEASER TUESDAY★
★★#BOUND on #SALE now!!! ★★
🌟From NY Times and USA Today
bestselling authors #JSScott & #CaliMacKay…
A new dark, steamy romance about two people
who never should have met
🔥 🔥 🔥 🔥 ❣ ❣ ❣ ❣
Limited time only download for only 99c!!
#FreeonKindleUnlimited
SYNOPSIS
Anna
What are the chances of me getting kidnapped in a small town in the foothills of Colorado by a man who is the subject of an international manhunt?
I’d say probably the same odds as winning the lottery…several times. Except I wasn’t that lucky.
I moved to this tiny town and opened a small diner to find some peace. I used to love staring at those beautiful, majestic, snow-capped
mountain peaks. Now all that sight brings me is sorrow and heartache.
Still, I’m here.
I can’t leave.
I can’t just run away like I wished I could.
Then, on one cold, winter’s evening, my entire world changes when a desperate man, one wanted for the rape and murder of a young woman in Seattle, drags me away from my diner and back to a dark place that I never wanted to go again.
My kidnapper calls himself Phoenix. But I know who he really is. He’s a cold-blooded murderer who would probably snuff out my life without one bit of remorse.
As I remain his captive, dependent on his mercy, I have to pretend to trust him so I can try to make my escape.
I’m defiant by nature; he wants me to submit.
I hate the way my body reacts to him, craves him, but he considers that a victory.
So one of us is going to lose this battle, and I’m not so certain the winner is going to be me….
Please Note: Bound is a full-length novel of approximately 50k words. Bonus books included so if you liked this novel you can also enjoy Forced by Cali MacKay, and Simon’s story from The Billionaire’s Obsession by J.S. Scott.
DOWNLOAD YOUR COPY HERE ✅ ⬇ ⬇ ⬇
Amazon http://amzn.to/2gZkVoh
Amazon CA http://amzn.to/2hf1aVL
Amazon UK http://amzn.to/2gZeIsC
Add to your TBR ⬇
https://www.goodreads.com/book/show/33519556-bound-a-dark-horse-novel?ac=1&from_search=true
#TBR #MustRead #Hot #Alpha #DarkHorseNovel
You can also #PreOrder Book 2 #Hacked Today!!!
Hacked (Release date May 18)
Amazon http://amzn.to/2idD4hL
Amazon CA http://amzn.to/2hKo9YW
Amazon UK http://amzn.to/2htJc64
#Bookreviewvirginialeeblog
May 9, 2017 Book Review Virginia Lee Blog 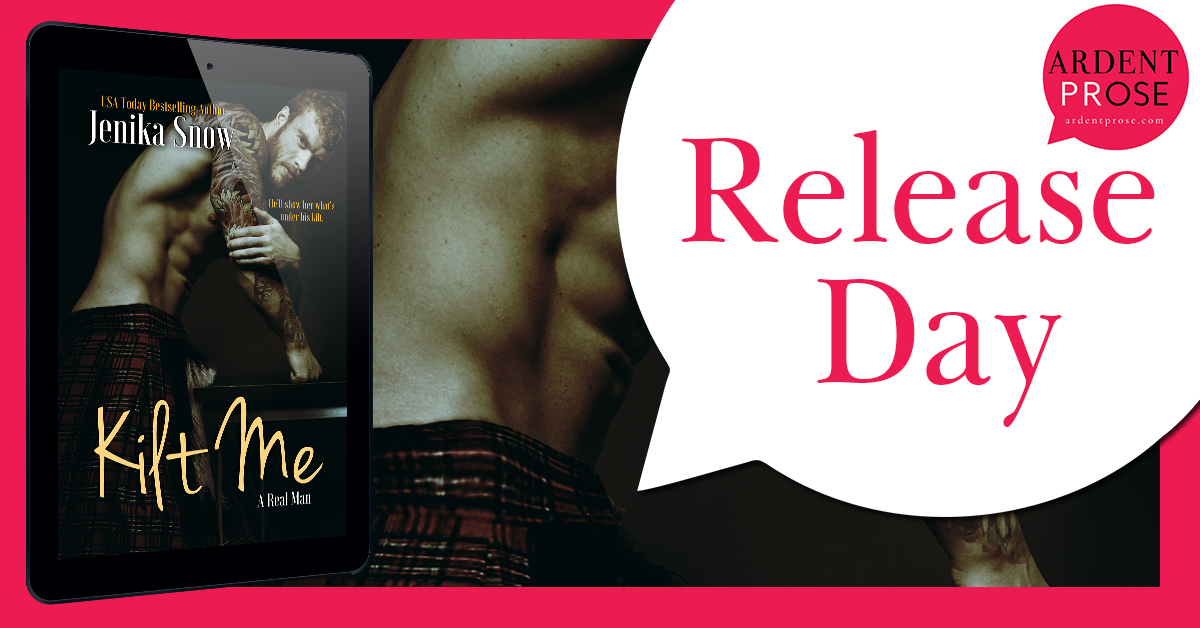 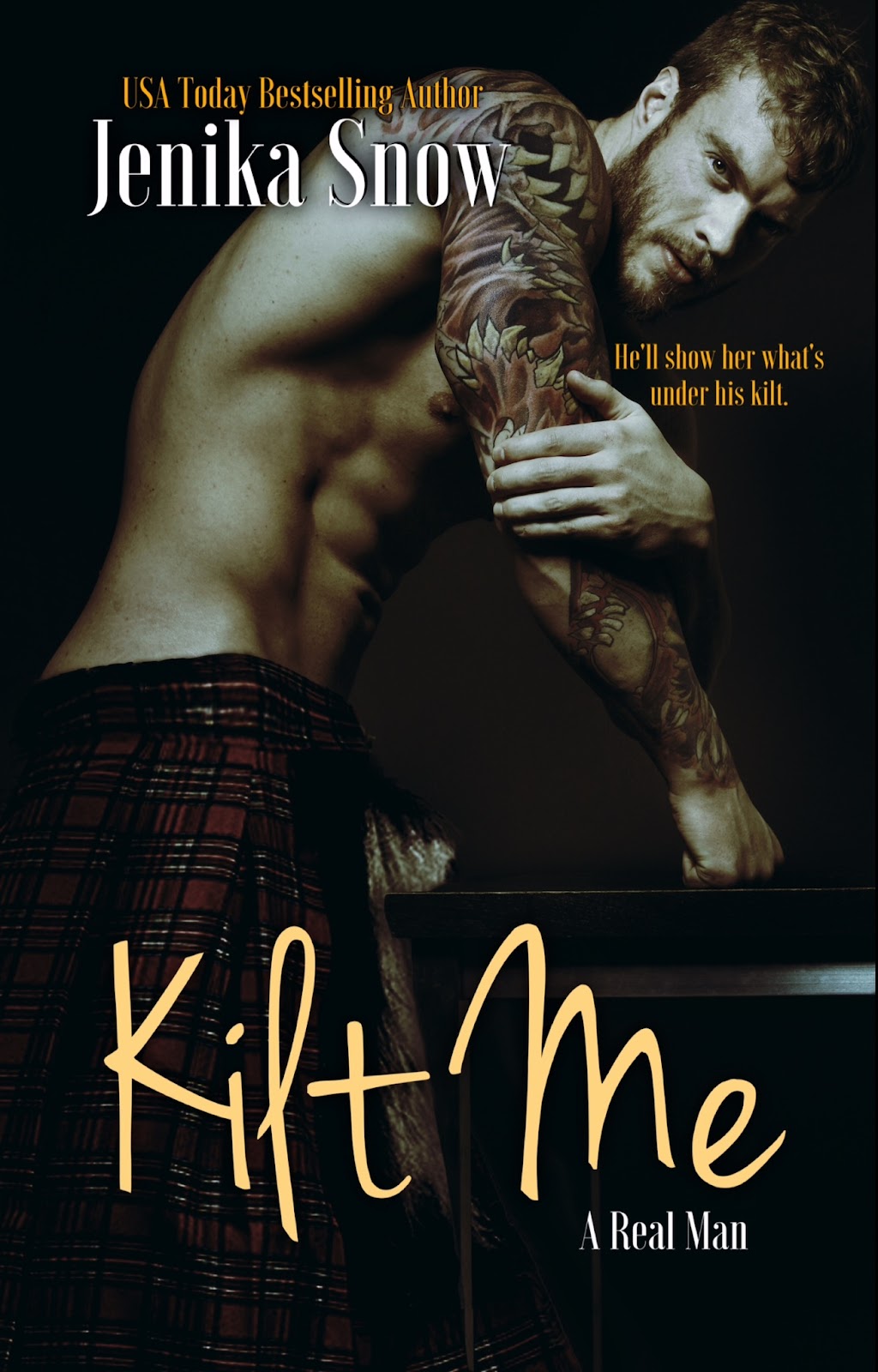 He’ll show her exactly what’s under his kilt.MollyThe first time I saw Mr. McGowan, he was walking into our class wearing a kilt. Our substitute professor, he was big and brooding, masculine, and had a sexy Scottish brogue going on.Maybe I didn’t need that extra tutoring, but I sure as hell wanted it.AlastairI noticed Molly the moment I stepped into the classroom. She was the wee lass with the fire-colored hair, the intense green eyes, and a body that had me burning alive. I didn’t want to look away from her because I knew she was mine.Maybe there was a rule about staff not fraternizing with students. But given that I’m just the substitute professor, and that I wanted her like a fiend, I was about to cross some lines and break some rules.
Warning: You ever wonder what’s under a man’s kilt? Well, this story won’t leave you in the dark. It’s short, of course filthy, and has a Scottish hero with a sexy brogue. He only has eyes for his heroine, and will teach her a thing or two about how good it can feel to get dirty.

MollyIt was a hot May day, hotter than I ever remembered it being before. My hair was sticking to the back of my neck, and I grabbed a hair tie and lifted the long, heavy locks off my nape. After tying it in a messy bun, I glanced around the room. Everyone seemed miserable.I was tempted to just leave, to skip this class and head back to my apartment to take a cold shower, but before I could do anything, the door opened. I expected to see Mrs. Lane walk in, her big belly rounded, her expression annoyed. She was due next month, but she looked miserable every time I saw her.But it wasn’t Mrs. Lane who stepped through the door.The air seemed to get hotter, thicker, and the room grew silent as everyone stared at the man who was like no one I had ever seen before. And I didn’t mean that in the literal sense.“Good morning, class. I’m Alastair McGowan, your substitute professor as Mrs. Lane is no’ able tae be here.”He had this thick Scottish brogue going on, but then again he was wearing a kilt. God, and does he look good wearing it.He set his briefcase on the desk, turned to face us, and my breath stalled. The substitute professor was over six feet tall, heavily muscled, and had this commanding persona that surrounded him.I shifted on the seat, my dress sticking to my legs, my body heating, which had nothing to do with the fact it was hot as hell in this room. I’d been attracted to plenty of guys, but this was unlike anything I’d ever felt before.It was a desire that was intense, consuming, and had my brain in this fog.And the one dirty thought that kept slamming into my head, over and over again, was … what’s under that kilt?
* * *
AlastairI saw her sitting in the back, her red hair this fiery mass atop her head. The room was stuffy, hot, and even from the distance I could see the light droplets of perspiration dotting her temples.If I dinna have self-control, I would have gotten hard right then. Just thinking about leaning in and licking away those droplets, and tasting the saltiness of her, could have made me so fooking hard.
But control was key.She shifted on the seat, her dress riding up her thighs. Good God.I moved behind the desk and took a seat. The battle with keeping my self-control was a losing one, and I felt myself start to get hard. Fook. I cleared my throat and looked at the wee lass that would be mine.Fook the rules. I dinna care if she was a student and I was her professor for the foreseeable future. I dinna kno’ what had gotten into me, but hell, I was no’ about tae let this feeling go.I kne’ what I wanted … her.She’ll be mine. 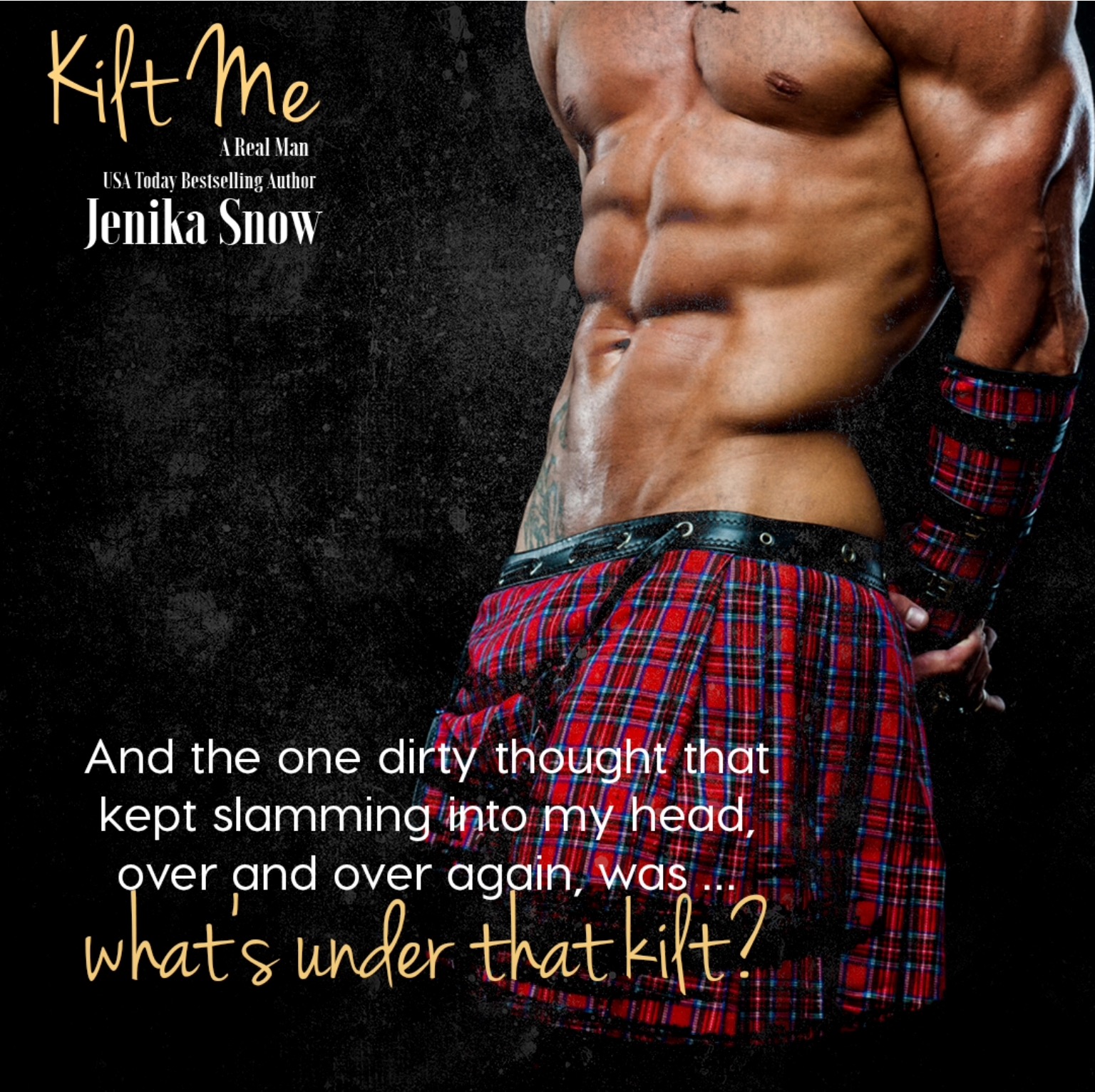 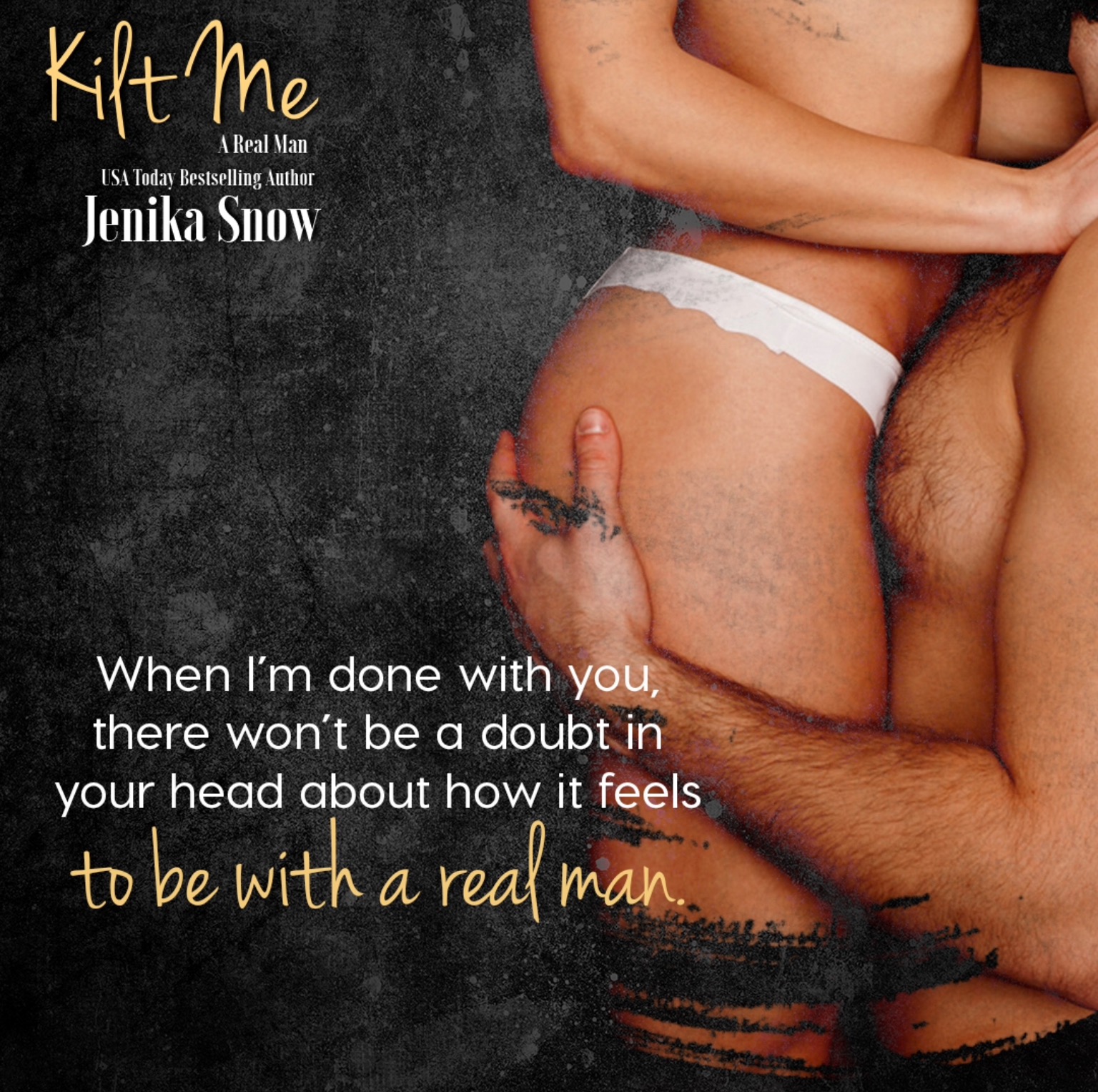 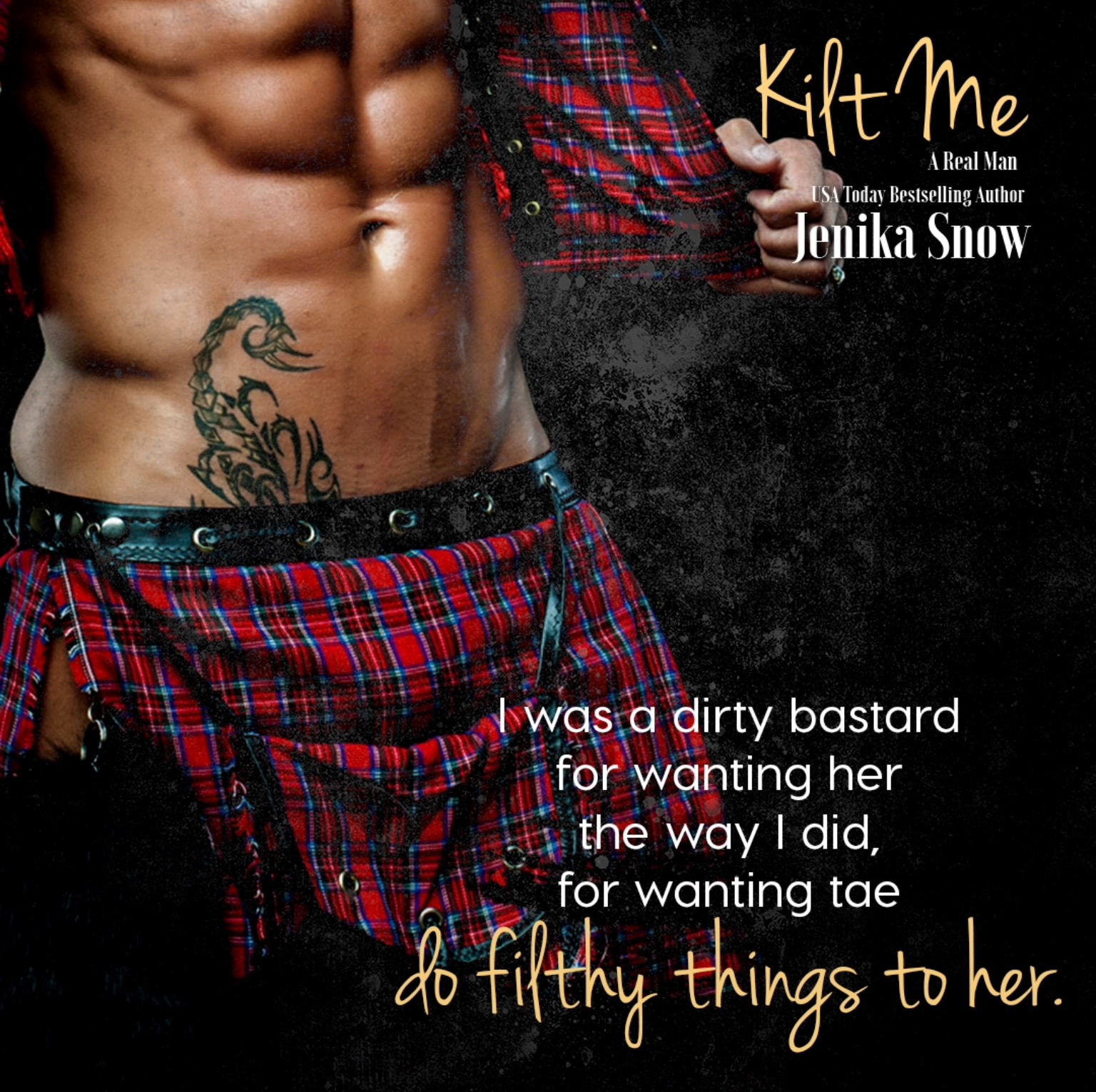 Jenika Snow is a USA Today Bestselling Author that lives in the northwest with her husband and their two daughters. Before she started writing full-time she worked as a nurse.
Author Links
Twitter  Facebook  Web  Goodreads  Amazon

#Authors if you are looking for a shout-out for your books, have some openings

Blurb:
Twenty-two-year-old alpha wolf, Isa McGowan, is busy. While most people her age are finishing college and starting their careers, Isa’s raising four pre-teens and running a restaurant. She doesn’t have time for dating, and she especially doesn’t have time for the lunatic standing on her porch, claiming to be her fiancé . . . no matter how pretty he is.
Wren Davies has a dangerous problem, and Isa is his solution. When he arrives in Belle Haven to explain his plight, the last thing he expects is a punch to the face. Instead of finding a politically savvy alpha with a large wolf pack, he meets a barely five-foot spitfire with a mess of kids, a mean right hook, and a million excuses why she’ll never honor their betrothal.
Now Wren has two problems…

by Mario Kai Lipinski
Publication Date: May 29, 2017
https://www.amazon.com/dp/B071YZ9FKC
Violence is hard to escape because of the scars it leaves—on the body, the mind, and the heart.

Small, skinny, and timid, Matt is the school’s punching bag. He suffers in silence and holds no hope anyone will come to his aid. The last thing on his mind is finding someone special. He’s sure it’s impossible, so why bother trying?

Shane is no stranger to pain. At his old school, he broke a football player’s arms for tormenting his friend, and with his size and multiple tattoos, he looks every bit the thug everyone—Matt included—assumes he is.

Building trust isn’t easy, but a sweet yet passionate romance slowly unfolds. Their road isn’t without bumps, but Matt and Shane navigate them together, finding happiness and security in each other—until another act of violence and its aftermath threatens to tear their lives—and their love—apart once and for all. But like the symbols etched into Shane’s skin, some things are made to last.

He was everything she could never have.

Lady Olivia Pearce lives a sheltered, lonely life in the English countryside running her family’s historic estate. The only way to save her family’s estate is to marry a man she doesn’t love. Her sense of tradition, legacy and family loyalty has her agreeing to her family’s request.

What she wasn’t expecting was to meet the man she had always dreamed of after agreeing to marry another.

She was everything he couldn’t possess.

Axel Taylor, lead singer of Dirty Texas, had it all; a successful career, a great group of friends, good health and happiness. His life was pretty damn perfect until the people closest to him started falling in love and settling down, throwing chaos into his perfectly controlled life.

Axel never envisioned himself needing more until the perfect little package walked into his life and turned it upside down. She exposed everything he desired underneath his hard shell.

But meeting the right person doesn’t always happen at the right time.

One little taste can’t hurt, can it?