“I would save you again, Makayla. I would save any one of you, even if it meant I died so you could live. I just hate that I couldn’t save them.”

About the Author: My passion is books. I read, write and blog about them daily.  I am a chocoholic and Dr Pepper fanatic. I love hockey and I read a variety of stories to help me escape the real world. I’m fun, a little crazy, and extremely nerdy…

Synopsis: With the loss of her mother, Makayla’s life it turned upside down. Starting over in a new school, meeting new friends, and getting to know the father she never met before, she has to learn to navigate this new life that was thrust upon her. With new experiences, and new friends, she finally begins to live the life she never thought she’d have all with a new and exciting romance with the uber popular, Austin James. Follow Makayla on a journey of self discovery, loss, love, and finding happiness in this clean teen romance.  *This is a standalone in a series.

Quote– “Austin’s lips crash down on mine with a fierce intensity, claiming my lips, my heart, my soul as his and I gave it willingly.” 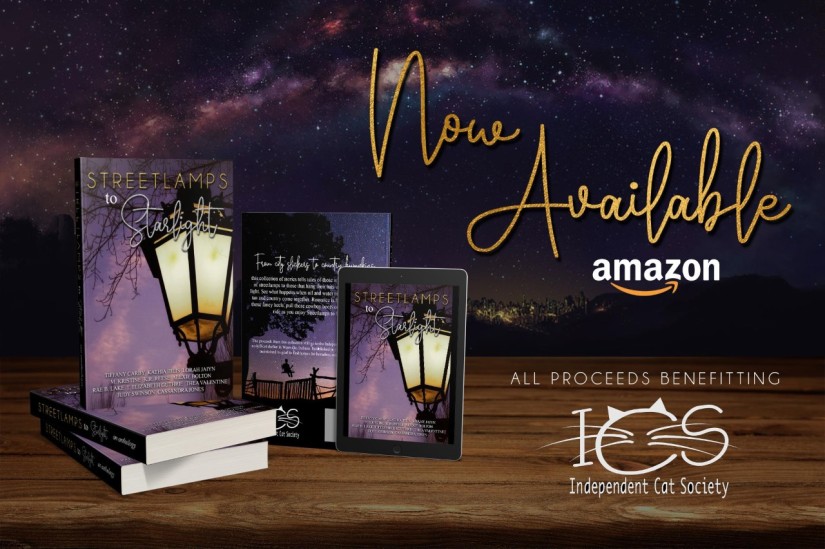 NOW AVAILABLE and only 99 cents for a limited time!

From city slickers to country bumpkins, this collection of stories tells tales of those who hail from the land of streetlamps to those that hang their hats under the open starlight. See what happens when oil and water mix; when cosmopolitan and country come together. Romance is bound to ensue. Toss those fancy heels, pull those cowboy boots on and get ready for a ride as you enjoy Streetlamps to Starlight!

Stories in this collection contain happy endings, M/F, M/M and F/F couple combinations and various heat levels. There’s something for everyone! Recommended for readers 18+

The proceeds from this collection will go to the Independent Cat Society. ICS is a no-kill cat shelter in Westville, Indiana. Established in 1977, ICS has continuously maintained its goal to find homes for homeless cats in their community.

I #Free with #KindleUnlimited!

“Dean Cole was nothing like people pegged him. He was the worst kind of devil. One that hid behind a polite smile, preppy clothes, and good manners.”

Aether Walkers plague the city!
Kandice sees the creatures throughout her city,
but no one else seems to care.
She watched as an Aether Walker killed her mother. Now regret fuels her
need for vengeance. Forced to live with her aunt – Kandice must hide
her nightly hunts. How could she explain the need to kill these
creatures when they appear human to everyone else?
Kandice struggles to attend school by day, and hunt by night. She meets a
fellow hunter and discovers just how little she knows. Now she’s
confronted with a choice – to trust him or not. Vengeance isn’t
possible alone.
Can she manage to pull off her double life – avenge her mother, and keep
her 4.0 GPA? The weight is crushing her, and something is about to break.
Discovery of Light is a lightning-paced urban fantasy – gripping adventure –
with a strong heroine, a mysterious hero, and unique magic.
Goodreads * Amazon

Aether Walkers still plague the city, but at least Kandice is not alone.
After discovering that Lance can see the Aether Walkers, Kandice has
decided he will teach her. However, he doesn’t know it. She struggles
to pull off her double life, but it hasn’t fallen apart. Yet!
Kandice’s issues with her aunt heat up and she must choose between family and
honor. Her skills as a huntress are at an all time high, but they’re
still not enough. She needs help, and only one man can provide it.
Will her feelings for him get in the way?
When Kandice learns the truth about the Aether Walkers, will she be able
to make the right choice? She stands in the eye of the storm. One
wrong step and she’ll lose everything she has left.
Seal of Light is a lightning-paced urban fantasy – gripping adventure –
with a strong heroine, a mysterious hero, and unique magic.
Goodreads * Amazon

The mayor is an Aether Walker!
Kandice and Lance must save the city, but they can’t do it alone. They’re
putting their team together, while at the same time the mayor is
preparing to take over the city.
Kandice has made her choice, moved out from her aunt’s house, and left school
behind. She is committed to fighting the Aether Walkers, but now it’s
more than revenge for her mother’s death. If she fails the whole city
will suffer.
Will Kandice and the team be able to pull off their mission? If they fail
it will cost more than their own lives.
Theft of Light is a lightning-paced urban fantasy – gripping adventure –
with a strong heroine, a mysterious hero, and unique magic.
Goodreads * Amazon

Nicholi (N.A.K. Baldron) is an author and avid reader. He likes stories that
take place in fictional worlds, with memorable characters.
He spends his days debating between whether it’s coffee or tea time,
and pecking away at his keyboard to produce stories for his readers.
He can be found strolling through one of the many wooded areas in the
small town outside of Austin, Texas that he calls home.
If he could have any power, it would be the power to control time; then
he could freeze it and find enough reading time. One of his deepest
regrets in life, is knowing he’ll never get around to reading all
the books on his to-be-read list.
Knowing how precious reading time is, he’s always honored when his readers
choose to spend their time on his stories.
Website * Facebook * Twitter * Instagram * Pinterest * Goodreads * Amazon

Looking to meet and speak with some wonderful authors make sure to join in.
There are many great authors taking over all day as well, so make sure you drop by! ;-)) See ya there for giveaways and good times 😀 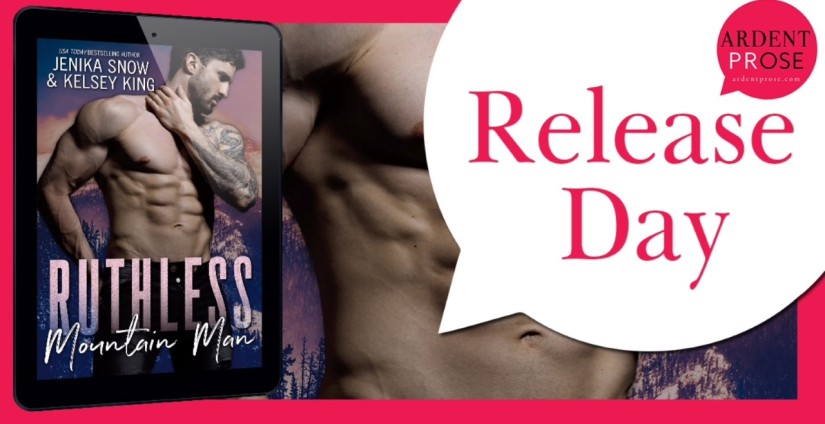 This Thing Between Us

💚Blurb:
Parker O’Neill is a man with the world at his feet. Son of the CEO of O’Neill’s International, he is ready to take over as head of the company, once his father retires in six months’ time.
However, Parker has earned himself the ultimate playboy reputation, and not everyone thinks he is ready to take control of the company that he was groomed for all his life.
Given an ultimatum that he has to settle down if he wants to take over from his father; Parker decided the only way to solve his problem, is to pay someone to play the part of his dutiful wife.
Alice Whitman is a hard working girl, with a kind heart. Raised by her grandmother after losing her parents, she knows what it’s like to lose everything.
Sophia, Alice’s grandmother, is getting older and growing weaker by the day. Alice is the only one Sophia has, so it falls to her to do whatever it takes to help her beloved Gram.
When Parker makes Alice an offer he thinks she can’t refuse, he is stunned to find that money doesn’t always mean you get your own way. However, Alice soon realises Parker might be the one person that can help her when she needs it most.
Can they make their arrangement work without anyone finding out the truth, or will this thing between them turn into something neither of them expected it to be?

~“This is the first time I’ve read anything by this author and I’m so glad I took the chance!! Absolutely fell in love with these characters….”

☛Make sure you’re following Holly Webb! For all her latest updates!!!

Shattered Love by Stacey Marie Brown is $0.99 TODAY ONLY!
(Book #1 in the Blinded Love Series)
Synopsis:
Everyone has a story about a broken heart, but Jaymerson’s heart wasn’t just broken. It was completely shattered…
Along with her body and mind.
Jaymerson Holloway had it all. Popularity, boyfriend, good grades—until one moment—one bad decision. A split second and her life was altered forever. Faced with unimaginable grief and guilt, while learning to simply walk again, Jaymerson knows nothing will never be the same. Family and friends want her to get back to how things were before. But she’s no longer that girl.
The only one who understands what she is going through is someone who she has always hated. The other survivor.
Hunter Harris is totally off-limits and full of secrets of his own.
Though each blame the other for the tragedy, they start to help each other repair their shattered lives.
But as the undeniable pull between them intensifies, Jaymerson starts to wonder if she will ever learn the secrets Hunter’s been hiding—or if she even wants to.
** Purchase Today **
iBooks: http://bit.ly/ShatteredLoveiBooks
Amazon: https://goo.gl/2QRmUt
Kobo: https://goo.gl/4uh2Ey
B&N: https://goo.gl/fjovp2
Smashwords: https://goo.gl/ZFdUHp

Jennifer Hamilton-Wade is a ‘posh bit of totty’ who is being married off by her parents to ensure ‘old money’ stays in the family. However, Jennifer doesn’t want to be smothered in a marriage of convenience.

Enter ‘Pinkie’ Jennifer’s alter-ego. Pinkie is everything Jennifer isn’t. She’s sexy, naughty and very daring. She does things that Jennifer wouldn’t even dream about.

Nate is the DJ at Whiskey Sour and he can have any woman he wants, whenever he wants and however he wants. And he does … regularly!

When he sets his eyes on Pinkie he just has to have her and he doesn’t care who she’s with.

Follow this highly charged story from the sleepy suburbs of London to the inner city home of Whiskey Sour.

She is a mother to two young children, who in turn keep her young. She lives in Dublin, Ireland, but she’s originally from South Devon in the UK. She works full time in a pharmacy and writes in all her spare time, in her lunch hour, when watching TV at night and anywhere the urge takes her.

She is always thinking of situations that be turned into a story and has started a few stories, which in turn will be completed and released to her readers.