¸.•´¨❥¸.•´¨ BLURB¸.•´¨❥¸.•´¨
Esi Afriyie has been in love with Michael Yaw Badu since childhood. When he receives a scholarship to study in America, all hope seems lost … until he returns to Ghana ten years later. An arranged marriage contracted by their families makes her dreams come true, but does the reality of being Mrs. Michael Badu live up to the fantasy?

Michael may have married Esi, but he is in love with someone else—Forest Girl, a mystery woman he encountered just once in the forest. His heart belongs to her, and he doesn’t need his beautiful wife awakening his carnal desires. He is even willing to sacrifice his marriage for another encounter with Forest Girl.

Reality is not what either Esi or Michael imagined. Esi is disillusioned; Michael feels trapped.
Will Michael give in and allow his heart to discover a love that was always meant to be, before it’s too late? 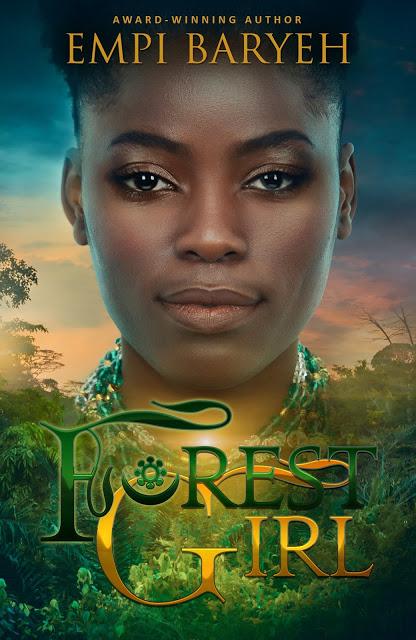 Link: https://www.youtube.com/watch?v=IHFDc6_ChIk&feature=youtu.be
¸.•´¨❥¸.•´¨ EXCERPT¸.•´¨❥¸.•´¨
He didn’t want to get personal. He just needed to perform the act.
Michael had had every intention of sleeping on the floor tonight. He’d spent a good part of the afternoon fielding the suggestive comments a few bold men had made about tonight. It didn’t help that his manhood hardened with interest at the prospect, defying his own resolve not to touch his wife.
But she tempted him, standing there in her short night dress that barely reached the middle of her thighs. Her eyes stared at him, filled with innocence and passion all at the same time.
Turn around, Mike. Walk away before it’s too late.
She folded her arms beneath her pert breasts again, pushing them up in a manner he could not ignore. It may have been a manifestation of nerves, but his body sprang alive. He bit back a curse, realising he couldn’t walk away even if he wanted to.
He needed to consummate the marriage. If their union broke, as he wished it to, it couldn’t be because he hadn’t claimed her as his wife in every way. Such news never remained hidden. He’d be branded as something less than a real man, and that would certainly affect the elders’ already doubtful opinion of him.
However, when he took a step towards her, he knew at the back of his mind that it wasn’t out of obligation. He wanted to taste her lips again, feel her soft breasts press against his chest, know the taste of her tongue and every other secret part of her body.
“Put your arms around me, Esi,” he whispered.
Keep quiet, man. Talking made things personal. He didn’t want to get personal. He just needed to perform the act.
As she draped her arms around his neck, he lowered his head, so she wouldn’t have to stand on her toes. The gesture brought her face inches away from his. He closed the rest of the space between them, capturing her lips as he kissed her, gently at first, then more urgently as he lost control.
She tasted great; she smelled divine. Against all his convictions, he genuinely wanted her. At the core of it brewed an unexpected yearning in his heart that he didn’t attempt to understand. One thing was certain. Sex with her would be anything but casual—a thought that scared him, yet not enough for him to stop.
He didn’t know when he undressed her, but when they reached the bed, she was naked. He fumbled to take his clothes off. 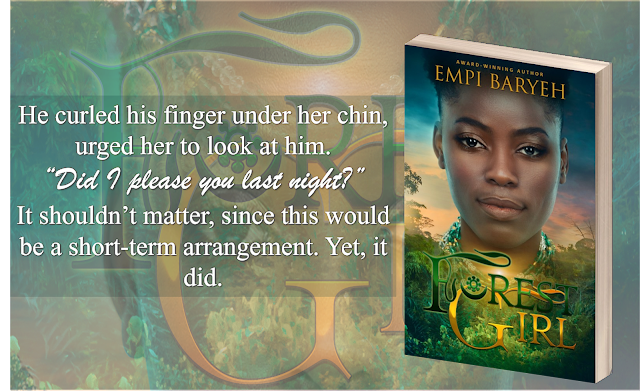 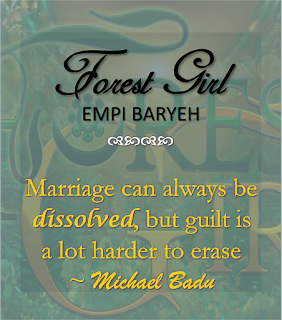 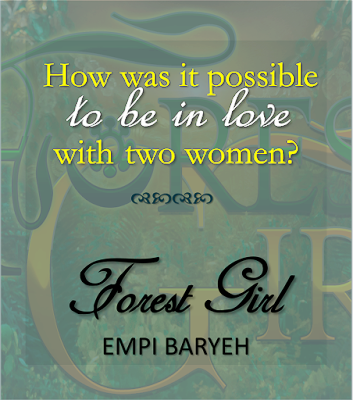 ¸.•´¨❥¸.•´¨ WHAT OTHERS ARE SAYING ¸.•´¨❥¸.•´¨
There are not enough words to describe how much I loved this story. The author painted a vivid picture with her fantastical storytelling. She crafted a story that made you fall in love with the characters and their stories that they had to tell.
~ Cranky – The Book Curmudgeon

Esi is one of the sweetest characters that I’ve encountered in a long time … Once she married Michael her strength grew and I appreciated her character even more for having to endure what she did while still keeping the faith that everything would work out.
~Nana Prah, Author
¸.•´¨❥¸.•´¨ ABOUT THE AUTHOR ¸.•´¨❥¸.•´¨ 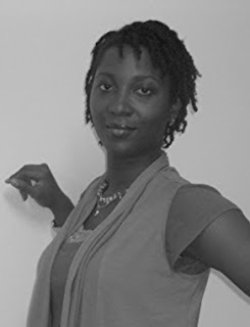 Empi Baryeh is the award-winning author of Most Eligible Bachelor (Book of the year, 2017 Ufere Awards). She writes sweet and sensual African, multicultural and interracial romance. She’s been writing since the age of thirteen after stumbling upon an uncompleted YA story her sister had written. The story fascinated her so much that, when she discovered it was unfinished, she knew she had to complete it. Somehow the rest of the story began to take shape in her mind and she’s been writing ever since. She lives in Accra, Ghana, with her husband and their two lovely kids.
CONNECT WITH EMPI 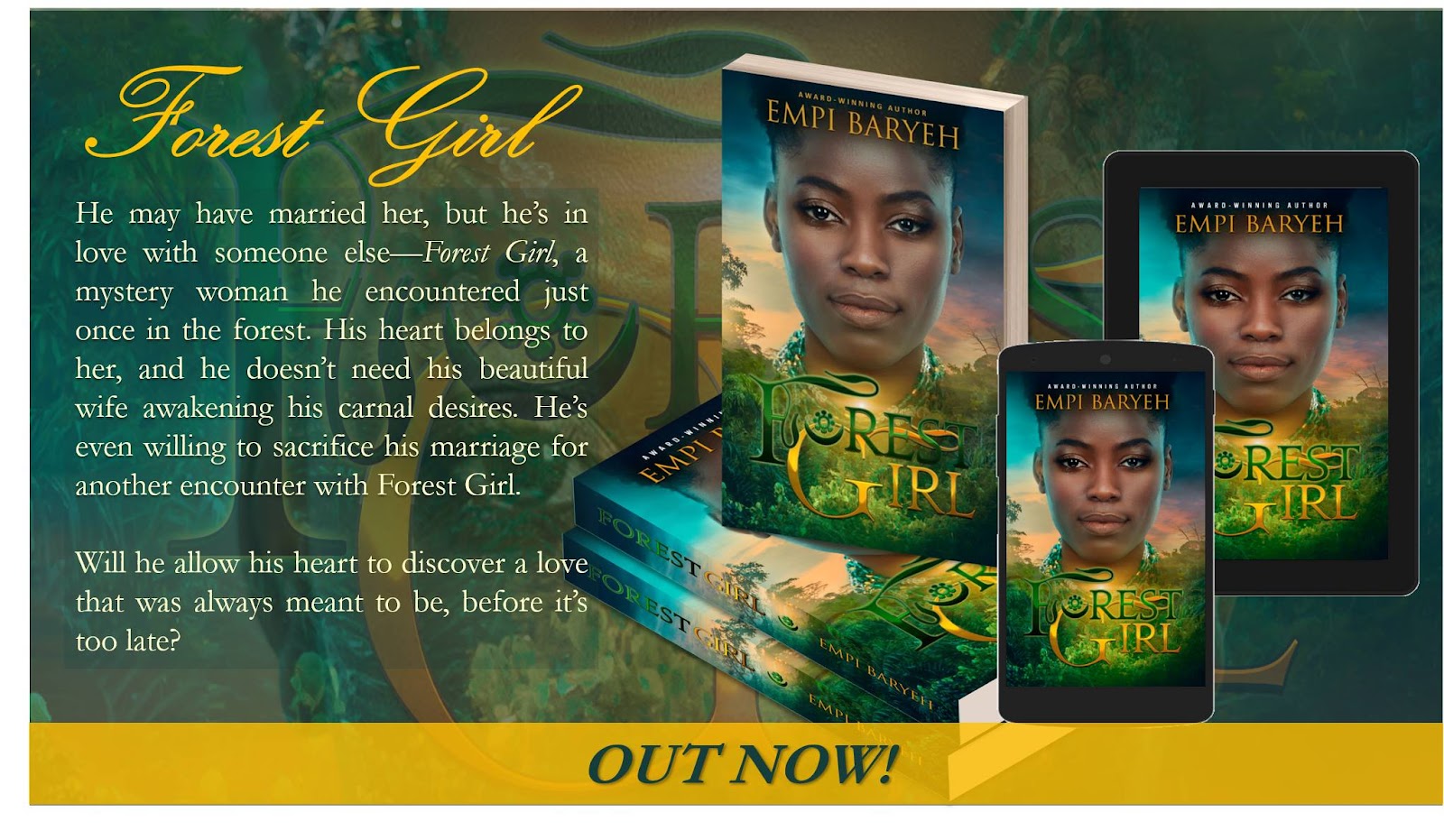