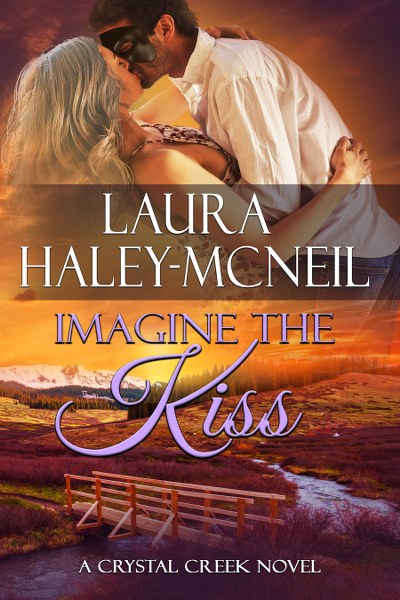 Two people open themselves to the truth and open themselves to each other.
Her marriage in ruins, violinist Teagan Whitloch Munroe escapes into her music and the solace she finds at the Crystal Creek Ranch. Practicing in the woods helps her piece together her life, but she isn’t alone. When she hears someone hiking nearby, she demands he reveal himself, but the only revelation she gets is a soothing voice that heals the pain in her heart.
Maimed by a crushing accident, the once famous architect Phineas St. Cyr protects the world from his disfigurement by sequestering himself in the woods on the Crystal Creek Ranch. When he hears the intoxicating strains from Teagan’s violin, he can’t resist the beauty that quiets his aching soul, and he yearns to know the woman who creates such beauty.
Teagan finds sanctuary in her friendship with this connoisseur of music, but soon realizes Phin’s hiding more than his hideous scars. As they become entangled with each other, Teagan is stunned to learn they share more than a love of music. They are caught in a web of deceit by someone threatening to reveal Phin’s secrets. His exposed past endangers Teagan, and he can no longer walk away. This time he must face the enemy determined to defeat him. He’ll fight to the finish to protect the woman he can never love. No price is too high to keep buried the secret that will mark Teagan for destruction.
This is a clean romance.
Goodreads * Amazon 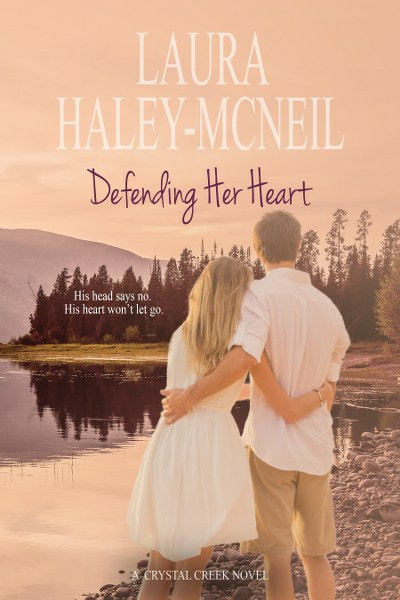 His head says no. His heart won’t let go.
JT Whitloch can’t close his eyes without seeing the body of the woman who drowned in his swimming pool two years ago. Though he doesn’t remember that night, he blames himself for her death and walks away from a life that gave him everything he ever wanted…almost everything. His move to Crystal Creek gives him the solitude he longs for, but still he can’t find peace.
Then Gretchen Moore moves to town, and she doesn’t just stir up his desire. She stirs up his past, a past with a secret so deadly it could destroy her.
Gretchen wants nothing to do with JT. Because of him, someone wants her dead. The terror from his past forces them into an alliance that soon ignites their passion. Fighting these feelings leads them to the secret of the woman floating in JT’s swimming pool, but the knowledge doesn’t ease JT’s inner turmoil. Instead, it reveals an answer that could destroy him and Gretchen. His own destruction he could accept, but he’ll defend Gretchen to his death.
Goodreads * Amazon 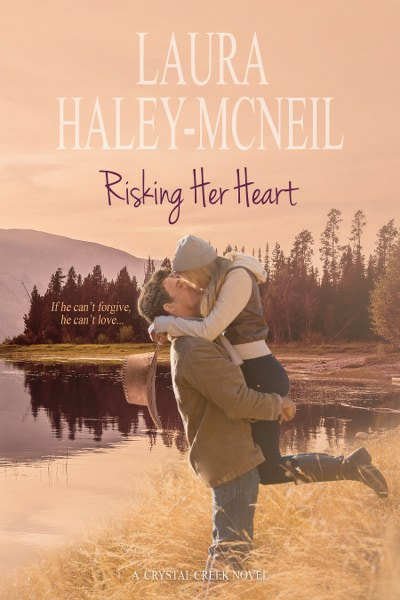 A novel of suspense, revenge and a love so deep that it can only be released through forgiveness.
Hollywood producer Trent Parker has one goal – to own the film option for the breakout novel Sunset in Maui. His problem? Actress turned producer Charisse Whitloch. She’ll do anything to produce the film. Trent can stop her, but not without getting close to her, a bond he can’t risk.
Charisse has found the film project that will prove she’s her own woman – not her father’s daughter. One person stands in her way – Trent Parker. She’s faced opposition before, but she isn’t prepared for Trent. Her charisma has softened Hollywood’s hardest hearts, but is she a match for Trent’s heart of stone?
Trent’s defenses against Charisse crumble – loving her will heal the darkness in his soul and open the door to a secret he buried long ago. When Charisse is threatened, she and Trent face her adversaries. They piece together a plot more sinister than any Hollywood movie, but the key to their survival lies in Trent’s past – the key that will lead to Trent’s destruction.
Goodreads * Amazon 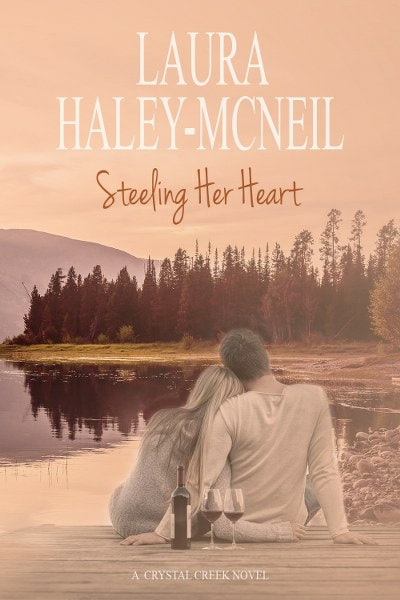 She agrees to enter a loveless marriage, but the man who stole her heart will do anything to stop her.
The holidays are over, and aristocrat Anna Whitloch must leave Crystal Creek and return to Eastern Europe. She made a promise, a promise that will save her mother’s estate. Someone else has other ideas. Ideas that will get Anna out of the way permanently.
Anna can take care of herself, so why was Deputy Rocco Ventali assigned to protect her? She can’t depend on him, as he proved that night ten years ago when they had planned to meet. He never showed.
The last thing Rocco needs is to be assigned to protect Anna, but it soon becomes clear no one else is qualified. So how does he protect the woman he never stopped loving from the secret that could endanger her?
And how does he remain this close to her, and not love her, when the love in his heart refuses to be reined in?
Goodreads * Amazon 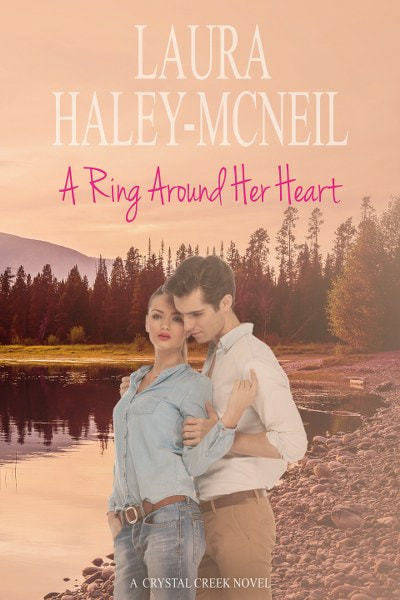 A Ring Around Her Heart
Crystal Creek Book 3

Giselle Whitloch has no time for love. As a college grad, she’s on track to land her dream Wall Street job. Her great grandmother’s ring gives her strength to pursue her goal. When she doesn’t get the job, she flees to the Crystal Creek Ranch to regain her courage to step back into her job hunting mode.
Niccolo di Saluzzo has been searching for the ring that will save his family–the ring that disappeared from his family’s possessions one hundred years ago. He will pursue the ring even if he has to follow the one woman he can never love to an isolated ranch in Crystal Creek, Colorado. Even if pursuing this woman costs him his life.
Niccolo and Giselle battle over ownership of the ring in a fight that takes them from New York City to Crystal Creek, Colorado, to the Balearic Island of Mallorca, to the pinnacle of love both must deny. But the final battle is waged when they meet the man who plans to destroy them both–all for the possession of a ring with a powerful secret.
Goodreads * Amazon 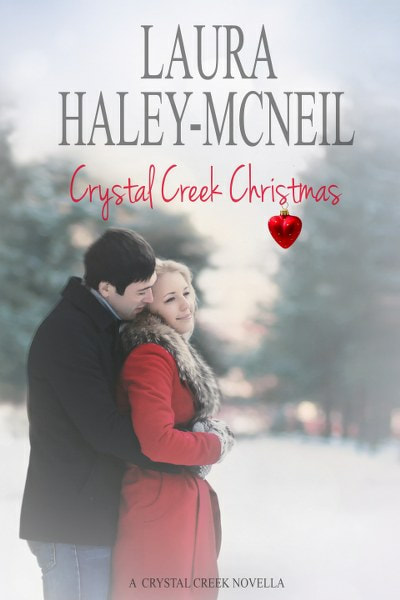 Celebrate Christmas with the Whitlochs.
When a blinding snowstorm shuts down the Crystal Creek Ranch’s cattle operation, the Whitlochs have one mission – save the cattle. ER doc Jake Whitloch joins in the rescue, but the form he finds in a snowdrift is no cow. It’s a woman, a woman who consumes his thoughts despite that two carat diamond sitting on her ring finger.
Noelle Beaupré thanks the rugged doctor for rescuing her from freezing to death and the Whitlochs for taking her into their home, but now it’s time for her to leave the ranch. She longs to stay with the man who’s determined to protect her, but she doesn’t dare. Her deadly secret is in hot pursuit. Any delay and she’ll endanger the family who opened their home to her.
Noelle leaving Crystal Creek Ranch? Jake can’t let her go, but how can he convince her he’ll do anything to keep her safe?
This book includes your favorite Crystal Creek characters from Book One of the Crystal Creek Series and several new characters, including Max Whitloch’s children from his previous marriages who come to the ranch for Victoria and Garrett’s wedding. All Max’s children will have their own books as they pursue their quests for love.
Goodreads * Amazon 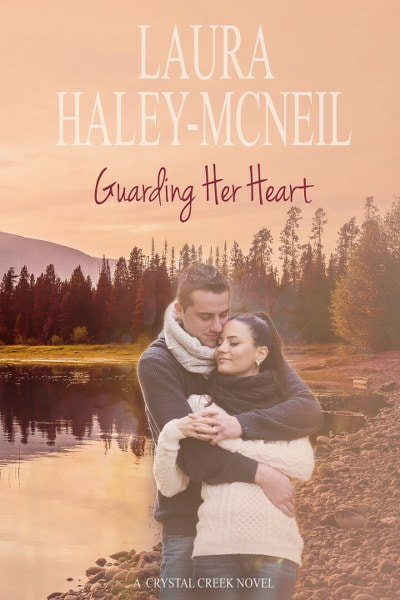 Threatened by a stalker, she turns to the only man who can help her – the man who walked out of her life ten years ago.
Artist Victoria Whitloch escapes the clutches of a stalker only to stumble into the arms of the man she never wants to see again, bad boy prosecutor Garrett Reynolds. To protect Victoria, Garrett whisks her away to an isolated lodge. Major problem for Victoria—how does she help Garrett capture the stalker while guarding her heart against the man who broke it once before? Garrett thought his heart had healed when Victoria left him ten years ago. Garrett’s bigger problem—capture the stalker determined to imprison Victoria. Keeping Victoria safe is no easy task for Garrett, but getting her to trust him is an entirely different challenge. He puts his life on the line to guard the woman who is more deserving of love than any woman he’s known. But love takes a back seat to the Whitloch-Reynolds feud. At the center is the Crystal Creek Ranch. The Whitlochs own the ranch. The Reynolds are the rightful heirs.
This is a clean, romantic suspense novel.
**Get it FREE!**
Goodreads * Amazon 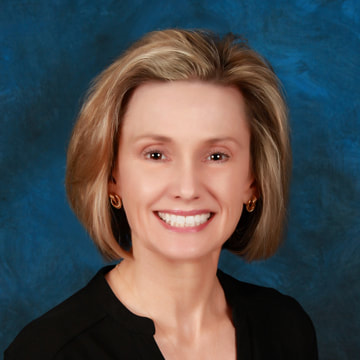 Laura Haley-McNeil received degrees in Spanish and German from Metropolitan State University of Denver. She taught Spanish and then worked in the Western History Department of the Denver Public Library translating the correspondence of Bishop Joseph Machebeuf.
After moving to San Diego, she worked as the accountant for a Christian television station, then transferred to Hardin, Montana, and performed technical production for the television station there.
She returned to Denver and supervised accounting departments for a title company and a stock brokerage firm. During this time, she renovated homes, bought and managed several residential properties and obtained a real estate license. She has also worked as the property manager overseeing five business office complexes,, high-rise office buildings and producing newsletter and marketing material.
She is an accomplished ballet dancer having studied and performed in that area for more than twenty years and has studied piano for over forty years. Musical studies also include violin and organ. She has been on the board of directors of two Colorado orchestras and is a past member of the American Liszt Society.
Several of her short stories have been published in national magazines, and she has written book reviews for Book Lover’s Magazine. She is the author of the Crystal Creek Series and the Beaumont Series.
Website * Facebook * Twitter * Instagram * Amazon * Goodreads