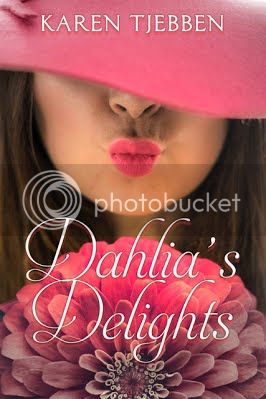 Dahlia Collins had sworn that she’d escape the sandy beaches of her little hometown of Avenel on The Hidden Banks Islands. She’d dreamt big for herself, craving the adventure and success that could only be found in a big city. But life in the big city turned tumultuous, and the overwhelming swells of betrayal and financial struggle carried her back home to Avenel. Taking over Dahlia’s Delights Bakery should have been easy for her, except it wasn’t. Someone was sabotaging her business. She prayed that with the help of a handsome police officer, she would save her bakery.

Mark Lane was a simple man with simple needs. He had his health and a successful career as the police lieutenant on a beautiful island off the coast of North Carolina. That was all he needed, or thought he needed, until he walked into Dahlia’s Delights. When he saw her, his brain whirled with surprise. The young teen he’d last laid eyes on a decade ago was now a grown beauty. His heart double-tapped. His blood heated and strummed through his veins faster than normal. Gone was the girl he’d teased in his youth. Instead, an auburn-haired beauty with emerald eyes robbed him of rational thought.

When Dahlia shares her concerns about the bakery with Mark, and he promises to help her, all the feelings she’d had for him rushed through her again. Her heart palpitated, desire cloaked her, and she was thirteen again. Falling in love with him would be so easy. Hell, she was already halfway there. 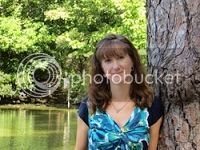 Karen Tjebben lives in central North Carolina with her wonderful husband, twin daughters, two hamsters, four guinea pigs, an axolotl, and a school of various fish. When her girls left for kindergarten, Karen discovered that she needed to fill her days with something, and that was the beginning of her writing career. She loves to create worlds filled with unique characters that will delight and raise goose bumps on her readers. In her free time, she enjoys traveling with her husband and seeing the world through her daughters’ eyes.