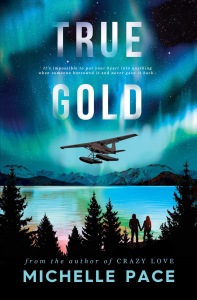 Growing up in True, Alaska, the only truth I knew was that Delilah Campbell was an arrogant pain in my ass. She was also my everything, and still haunts my every waking moment.
I don’t have a single memory that doesn’t include Lie, and I can still taste her, even though Alaska’s no longer big enough for the both of us. After our savage breakup, I fled, chasing my dream and becoming a decorated Green Beret. Ten years later, one bad jump propelled me straight from Special Forces back home, guiding rich idiots into the wilderness, where I struggle to keep them from getting themselves killed. It’s not the life I planned, but at least I’m not behind a desk somewhere.
Then one night, my cell rings, shattering my peaceful existence.
“Connor,” I’d recognize her voice anywhere, and it’s like I’m sixteen again, crazy in love and cocky as hell after finding all those gold bars everyone’s been searching for since before we were even born.
I want to tell her to go to hell and throw my phone in the river, but it seems Delilah’s visceral grip on me is permanent.
“It’s mom. She’s missing. I need your help….” 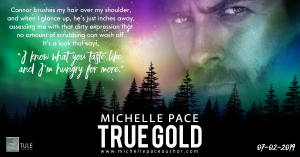 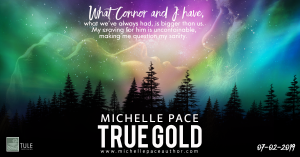 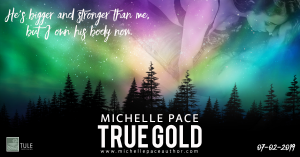 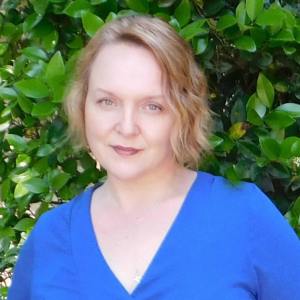 Raised in small town Iowa, Michelle Pace is an international best-selling, multi-genre author. After studying theater and vocal music and directing and performing in numerous productions, Michelle went on to earn degrees in both liberal arts and nursing.
Determined to avoid shoveling snow, she relocated to the Lone Star State with her husband, author L.G. Pace III. Michelle is a mother of three, and she enjoys traveling, live music, and is an enthusiastic amateur beer connoisseur.
Still most at home while entertaining an audience, her mission is to write gripping fiction, not fairy tales. 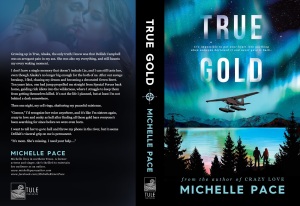