Someone has taken shots at Noah.

And now Noah’s former lover, JB, is a target.

Noah, Rowe, and JB team up to track down a killer trying to take out all of Noah’s old Army team in hopes of covering up a dark secret.

But this trip to Washington, D.C. threatens to unravel the perfect life that Rowe and Noah have built over the past three years. JB’s arrival in their lives have Rowe and Noah wondering if they want the same thing for their happily ever after.

Rowe is sure of one thing—nobody threatens his man. And he sets out to show anyone with a hidden agenda what a bad decision that was.

Noah smiled to himself as he watched Rowe drive them home. His hands slid easily along the leather wheel. Soon those strong hands would be stroking down his body. The way the man kept looking at him during the wedding had him half-hard all evening. He knew it was the wedding—all the romance in the air.

A lingering worry had nipped at him earlier in the day that Ian’s wedding would bring back painful memories of Rowe’s own wedding, but he seemed fine and Noah couldn’t be more thankful.

So, he watched those hands. Being touched by Rowe was like nothing else in this world. The man worshiped his body with an all-in intensity that frankly awed Noah. And he knew that wouldn’t change, no matter how long they were together. He took in his dark-red hair, lit by moonlight, disheveled as usual, and his ripped shoulders and arms. The man filled out a suit well, but he couldn’t wait to peel him out of it.

“Keep staring at me like that, and I’ll be finding a secluded spot to pull over,” Rowe murmured, giving him a steamy look.

“That’d be fine with me. Did I tell you how hot you are today? You should wear suits more often.”

“Soon as we get home, I’ll show you my birthday suit.”

“That’s my favorite suit of all.” Noah grinned.

Rowe pulled to a stop at a red light and turned toward him, his green-eyed gaze hotter than the sun. “You clean up nice yourself. Come here.”

Noah leaned over to kiss him. Brakes squealed sharply. Noah jerked his lips away from Rowe’s before they could touch. A car had pulled up, perpendicular to theirs, in the middle of the intersection. A loud bang quickly followed and the ping of glass breaking. Startled, he looked at the windshield to find a small hole in it.

“Shit, get down!” Rowe grabbed him and shoved him into the seat, covering him with his body just as another shot broke through the windshield.

“Someone is fucking shooting at us!” Rowe stretched over him to reach the glove box where he kept his gun. He yanked it out but stayed down. “Are you hurt?”

Noah couldn’t believe the man covered him, but that was Rowe. “No, I’m fine. You?”

Tires squealed again and the roar of the car engine grew softer. A knock on the driver’s window had them both jerking upright. Rowe aimed the gun in that direction, ready to put two in whoever was stupid enough to be standing there. Noah rose, ready to jump out of their truck and attack.

The woman outside screamed and ducked away from the window. “I was just making sure you were all right!” she yelled, and Rowe immediately lowered his gun. “The person shooting drove off, but I got a good look at the car. I’m beside you at the stoplight. The driver just pulled right into the intersection and someone shot out of the front passenger window. Is everyone okay? I called 9-1-1.”

Noah looked out the windshield to find the first hole directly in front of him. He turned and found a matching bullet hole in the seat. It would have pierced his heart. Whoever shot at them had one hell of an aim. Or at least, they would have if Noah hadn’t leaned over to kiss Rowe at that moment. <em>Holy fuck</em>, <em>that was close!</em>

His stomach was in knots as he met his boyfriend’s gaze. “What the hell?”

Rowe rolled down his window, apologizing to the woman for scaring her. “What kind of car was it?”

“Did you see anyone in the car? Could you tell if either person was a man or woman?”

“The passenger looked like a man. I’m sorry, I didn’t get a good look at the person’s face.”

Sirens sounded in the distance, getting steadily closer. Rowe put his gun back into the glovebox and they both got out of the truck to look at the damage. Two police cars arrived with a roar of engines. The first cop opened his door and stood with his gun at the ready.

“The shooter drove away,” the woman yelled. She was certainly helpful and brave to have gotten out of her car at all. Her red Honda was still parked at the light beside them with several more cars stalled there as well. None of those people had gotten out of their vehicles, but now they did as the police gathered.

Rowe and Noah answered questions but because they’d ducked, they had less to offer by way of explanation than the woman who’d witnessed the whole thing.

“Was more than likely a drive-by,” one of the cops said as he made a few notes in his little notepad. “We’ve had a few of them recently. I’m glad nobody was hurt this time. The others weren’t so lucky.”

But Noah had a feeling it wasn’t some random drive-by. 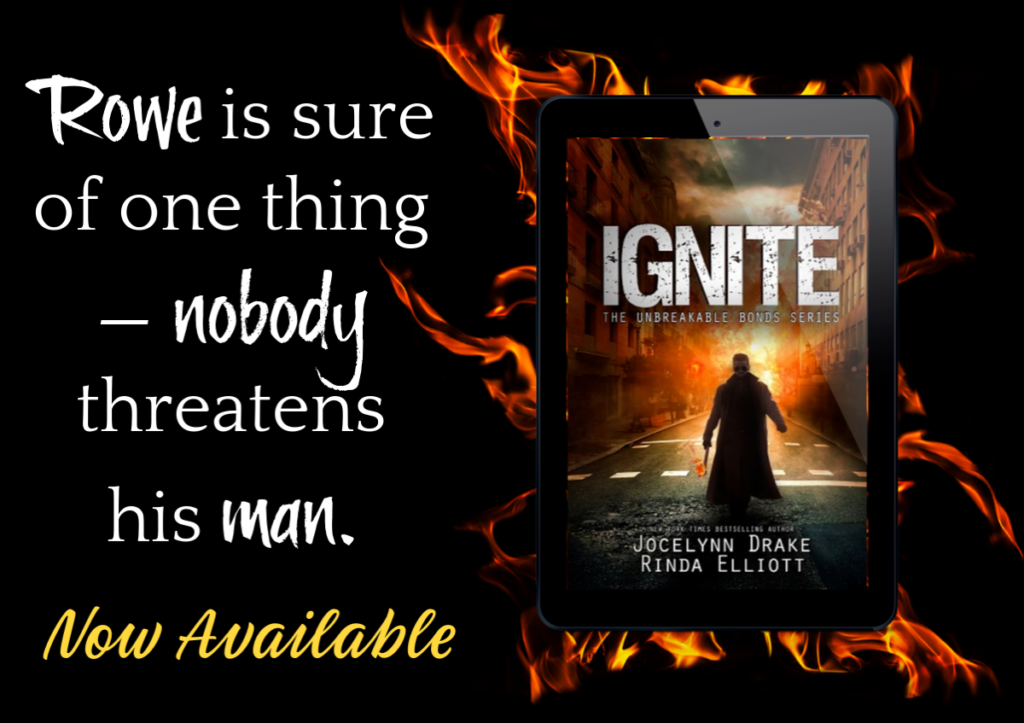