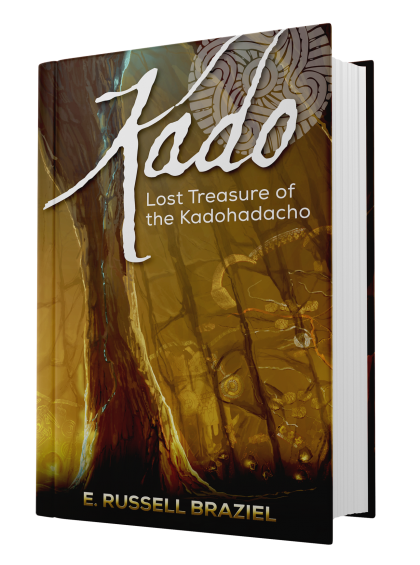 Kado: Lost Treasure of the Kadohadacho
by E.Russell Braziel
Genre: YA Historical Adventure

KADO – Lost Treasure of the Kadohadacho
is the saga of eighteen-year old Tom Murrell, who in 1818 strikes out with his family from Tennessee to the “Arkansaw” Territory to build a new life in the frontier west of the Mississippi. Tom’s father, John Murrell, plans to carve a homestead out of the wilderness, but Tom wants no part of it. He wants to do something else with his life besides spend it behind a plow, but it seems he has no choice in the matter. Their expedition would take the Murrell family and their traveling companions through the perilous Great Raft, a 100-mile tangle of broken trees, stumps and hidden perils between Natchitoches, the last civilized town on their journey and Long Prairie, their destination on the banks of the Red River.
Everything changes for Tom and John when they encounter an Indian massacre — four Osage are murdering a Kado Xinesi (high priest), and his guide. Trying to save the Kado, Tom is forced to kill one of the Osage braves and is almost killed himself. Before Tiatesun, the Kado holy man dies, he makes Tom his blood brother and draws a map in his own blood in John’s Bible to some place called Na-Da-cah-ah. Tiatesun wants them to somehow get the map to his tribal elders. This draws Tom into a raging conflict between the Kado and their arch enemies, the Osage. His new friends Mattie and James say there is no alternative. They must use the map to find Na-Da-cah-ah. Only then can Tom be sure that his family and friends will be safe.
But it is a race against time – a race against Wey Chutta’s band of renegade Osage. Dangers are everywhere. The only chance to save his family is for Tom, Mattie and James to join with six Kado warriors, make sense from the map and the many clues they uncover on their quest, and discover the real Na-Da-cah-ah. It could already be too late. Because the Osage know more than they should. Everything and everyone important to Tom is threatened unless he can solve the mysteries of the Kadohadacho.
Add to Goodreads * Purchase Links Here! 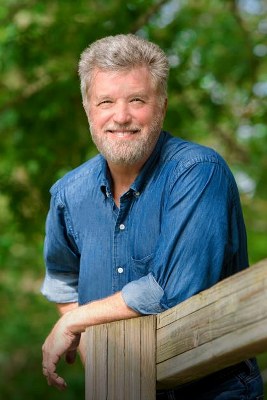 E. Russell (“Rusty”) Braziel is the author of KADO – Lost Treasure of the Kadohadacho.
He has been a rock musician, company executive, serial entrepreneur, widely read blogger and is the author of The Domino Effect, bestselling nonfiction book about energy resources.
Born in Caddo country in Northeast Texas, Rusty is the gggg-grandson of John Murrell, patriarch of the Murrell family whose 1818 expedition from Tennessee to a frontier settlement in Arkansas launches the story in Lost Treasure of the Kadohadacho.
For over 15 years, Braziel has been a student of the Caddo tribal culture in pre-Columbian and early frontier periods, including the tribe’s history, language and beliefs.
He and his wife Teresa split their time between a homestead
in Northeast Texas and grandkids in Houston.
Website * Facebook * Twitter * Instagram * Goodreads