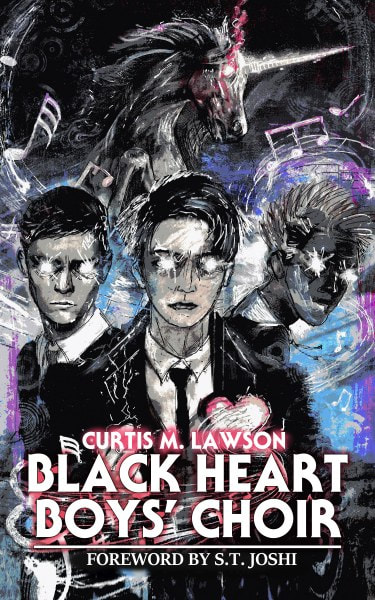 Great art demands sacrifice.
Lucien Beaumont is a teenage misfit and musical prodigy ostracized by his peers and haunted by familial tragedy. When he discovers an unfinished song composed by his dead father—a song that holds terrible power—Lucien becomes obsessed. As he chases after the secret nature of his father’s music, the line between gruesome fantasy and real life violence begins to blur.
To complete his father’s work Lucien believes that he and his group of outcast friends must appease a demonic force trapped within the music with increasingly sadistic offerings. As things spiral out of control he finds that the cost of his art will be the lives of everyone around him, and perhaps his very soul.
Goodreads * Amazon 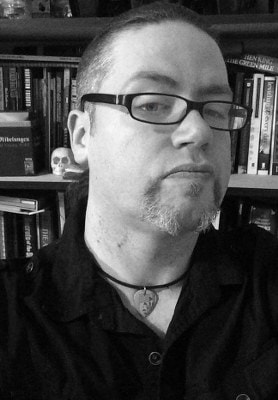 Curtis M. Lawson is a writer of unapologetically weird, dark fiction and poetry. His work includes Black Heart Boys’ Choir, It’s a Bad, Bad, Bad, Bad World, and The Devoured.
Curtis is a member of the Horror Writer’s Association, and the organizer of the Wyrd live horror reading series. He lives in Salem, MA with his wife and their son. When he is not writing, Curtis enjoys tabletop RPGs, underground music, playing guitar, and the ocean
Website * Facebook * Twitter * Instagram * Bookbub * Amazon * Goodreads

5 months to plan a wedding… what could possibly go wrong? Are you ready for Calla and Wes to tie the knot… Cupcakes and Mistletoe: The Wedding by Teresa Crumpton is coming February 14!!

Check out the cover!

Five months to plan a wedding really isn’t long enough but Calla and Wes don’t want to wait any longer to tie the knot. To close out this magical year with a bang they will say I do. What could go wrong? Calla Bond and Wes Westminster cordially invite you to spend the holidays with them as they become man and wife.

Teresa Crumpton is a hybrid: she grew up in the Midwest and the American South. She writes dark supernatural thrillers and contemporary romance. She loves classic horror movies and Shakespeare. She never thought she’d turn her passion for writing into a career, but here she is! When Teresa isn’t writing, you can find her at book signings or traveling the world with the perfect man for her. She’s living the dream and keeping a promise she made to her father before he passed.