All My Love, Alec Brock 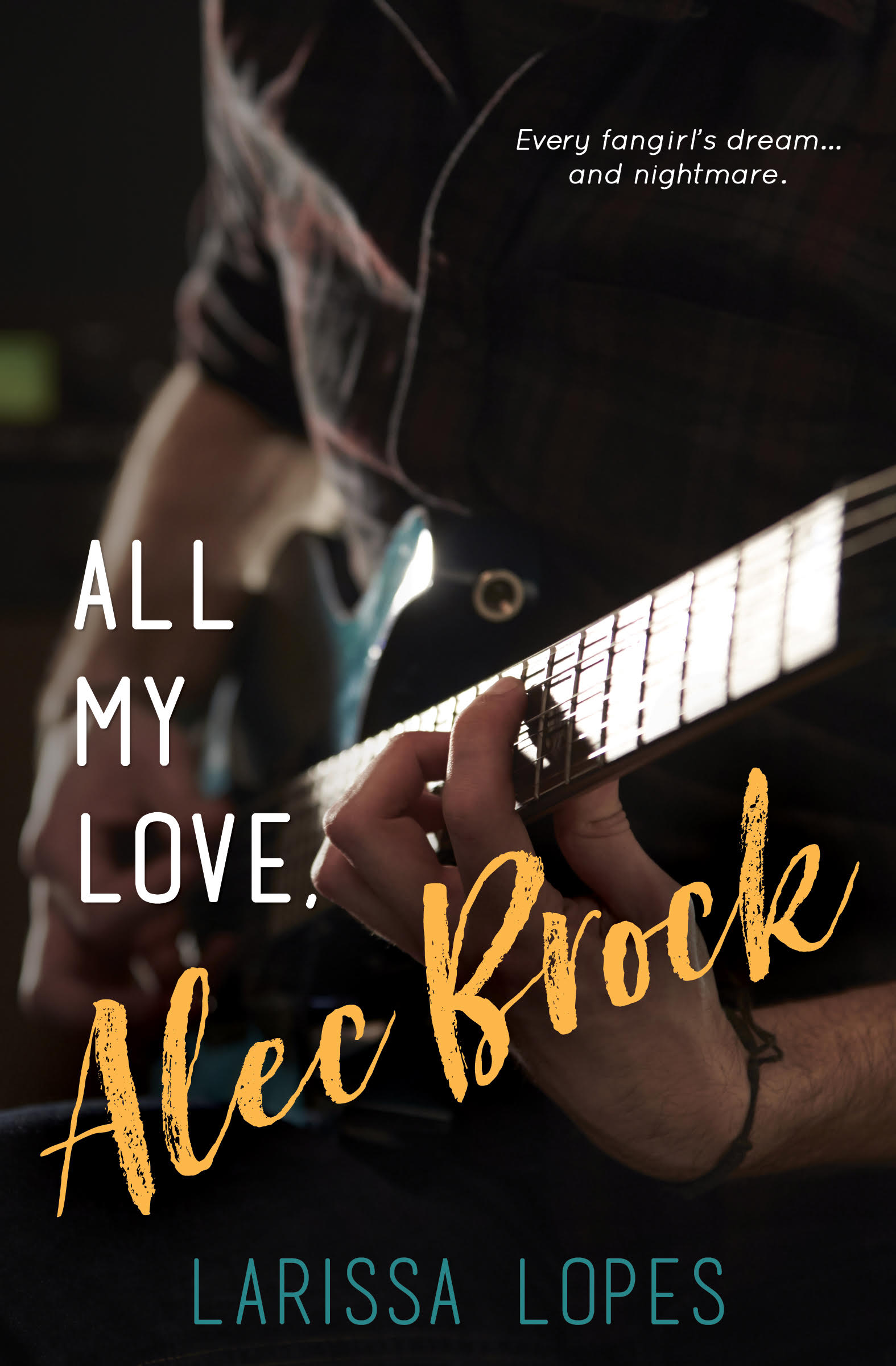 Linda González has given up small-town life with her mom to pursue a better education while living with her dad in Los Angeles. At least that’s what she let her family believe. The truth is that she’s in love…with an 18-year-old pop star!

Alec Brock has been her cyber boyfriend for over a year now, and Linda has finally closed the gap in their long-distance relationship. But when she surprises Alec in LA, he has no idea who she is.

In this terrifying turn of events, Linda has nobody to rely on but the real Alec himself. She’s torn between chasing the truth about the guy she fell in love with, and trying to win the heart of the guy he was supposed to be.

I’d never met Alec Brock, but nothing felt more real in my sixteen years of existence than the insane, breathtaking, overwhelming feeling of loving him—of being loved by him. Since the first time we had talked in that chat room online, I knew there was something special about the guy, something I hadn’t found in the physical world yet.

Falling in love with him felt as natural as breathing. And I know it’s hard to believe, but it had nothing to do with who he was.

No—I’d never given much thought to that. He wasn’t that famous when we met, and even when things got out of control, I couldn’t have cared less about that side of him.

I loved Alec because he could access a part of me that no one else could. It was like we both spoke this weird forgotten language that only we could understand, and every time we talked to each other, we were transported to this private little world where I wanted to live forever.

I’d never felt so connected to anyone before—so exposed, so understood. And for the first time in my life, someone seemed to feel the same way about me.

Born in Brazil and naturalized French, Larissa is a real citizen of the world, trying to write her own story the best way she can. Romance, personal growth, and multiculturalism are the core of her writing. And when she isn’t secretly living her characters’ lives in her head, she’s working as a researcher, as a teacher, or inspiring people to become their best version with #TheBestVersionOfMyselfMovement