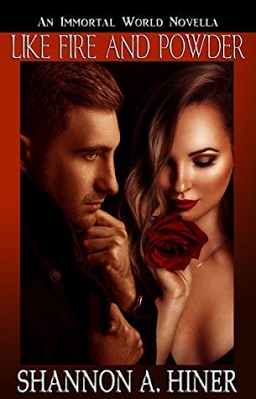 Celeste was never meant to be a vampire. She never wanted to die, or be undead, or drink blood. And the vampire who turned her, Angela Estrada, certainly didn’t want her either. Celeste has never been a fan of Angela’s cynical overly religious ways and she’s spent two whole centuries asking the same question: Why her?

Tanner is in a bind. Even as Second in Command to the Fraccas clan, he’s never been completely on board with the leader’s view of the world and their place in it. Now there’s a strong likelihood that Ignatius is looking for a way to replace Tanner. Permanently.

Eyes meet across a crowded ballroom. The world stops. And then starts spinning again…in the opposite direction. Moving them toward each other when everything about who—and whose— they are is designed to keep them apart.

When your world won’t let you have the one thing you desire most, what other choice is there than to burn it down and build a new one?

Celeste didn’t know what she’d been expecting. Clearly, she hadn’t been thinking. Just reacting. Moving on instinct. She’d never had an instinct so strong as the one that had pulled her across the room to that man.
She hadn’t bothered to ask herself what she would do once she stood in front of him.
Seeing the leggy brunette in a skin tight red dress had been a serious wake up call.
Celeste slipped out the back door and into the cool night air with a sigh. Autumn was nearing its second half, where the trees were barren and the cold mornings were slow to relinquish their hold, returning with a vengeance as soon as the sun turned its back again.
Celeste didn’t feel the chill. No gooseflesh rose on her arms, she didn’t shiver or pace about to keep warm. Instead, she took a deep breath of fallen leaves and impending dew and leaned her back against the wall of the building.
It was quiet outside. Quiet and deserted. Above, music and conversation escaped the hall through the open balcony doors. Couples who thought no one could hear them rendezvoused on those balconies. Their whispers floated down almost incoherent to where Celeste stood. She closed her eyes and listened without really paying attention.
When she opened her eyes again, she already knew she wasn’t alone. The breeze moved past another before reaching her.
He stood only a few feet from her. Silent and imposing as a gravestone. His eyes rested on her with a curious sort of ease, as if he was able to relax for the first time in ages.
Celeste didn’t move from where she leaned against the building. She stared back at him and waited. He hadn’t thought it through either. The “what came next” part. The side of her mouth lifted. What a pair they were.
He took in her smile, eyes lingering on her mouth, flicking back to her eyes, then spanning the curve of her cheeks and jaw.
Celeste had never felt so seen in all of her life . . . or death, for that matter. He took in every aspect of her and kept on looking. She swallowed back the jumble of words that rose in her throat. Nothing she attempted to say would make any sense. Jibberish, all of it. And the first person who spoke might break the moment. Dispel the magic.
And it was magic.
Celeste stared back at him just as intently. Admired the breadth of his shoulders and the straight line of his nose. The unforgiving slant of his jaw and the steady warmth of his light eyes. What color were they? Impossible to tell in the starlight.
He opened his mouth, but only a small sigh of air escaped before Celeste moved forward, cutting him off with a shake of her head. She stopped barely a foot from him. The space between them wavered, pulled like a magnet to its mate.
Celeste took a deep breath. Cotton and pine and bourbon whiskey. Clean and warm and welcoming. She closed her eyes with a smile, opening them again when his hand touched her hair, smoothing over her curls so lightly, it was as if a butterfly had landed against them.
They were closer somehow.
Time and space vanished until only their senses ruled them.
His hand curved around the back of her neck, tangling in her hair. Celeste’s fingers found their way into his coat, curling around the lapels.
Nothing in her life had made sense for so long. Nothing had fit. Nothing felt right. There was always a “but.”
Until him. Until this. Until . . . 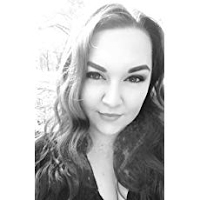 SHANNON A. HINER lives in far Northern California with her feline roommate, Pangur Ban. She attended and graduated from Butte College in Oroville, CA. Having believed in faeries, vampires & all sorts of immortal creatures her entire life, it came as no surprise to her family and friends when she started writing down her stories in a grossly exaggerated fashion.

After finishing her first book in 2009, Submerged In Darkness, she realized she had written not the first book of many, but the last in an epic series. Since that time, she has been laboring to write & publish all prior books.