When Ian Fisher walked away from his life a year ago, he had no plans to ever return to where he grew up. However, after a run-in with the cops, he’s forced to move in with his sister Rachel—in his dead parents’ house. Back home, Ian can’t stop thinking about his ex, Sam. He still loves him and knows Sam loves him too, and he will stop at nothing to convince Sam to face his true feelings. But Sam has moved on. He has a fiancé, and he rejects Ian’s repeated attempts to fix their relationship. Ian deals with those rejections by getting lost in the bottom of a bottle, refusing to face how messed up his life truly is. After weeks in the hospital—the victim of a viscous hate crime—and learning of Sam’s upcoming wedding, Ian has no choice but to fix his life to show Sam that he can be the man he needs. But rehab changes Ian, and he just might be ready to say goodbye to Sam forever. Through addiction, violence, and self-preservation, Ian must learn to accept himself if he hopes to win back the man he loves.

Finding Fisher M.J. James © 2020 All Rights Reserved Waking up in your own vomit sucked. For Ian Fisher, sleeping facedown in the previous night’s dinner was more the norm than not. He had lost count months ago how many times he’d been jackknifed over a toilet as the sun came up, regurgitating the pain of the day before. Every single time, he remembered exactly how shitty his life had become and how bad he had fucked everything up. As last night’s brew rumbled in his gut and he started to come around, things sure as hell smelled like any other day. The rancid stench of stale beer that had stewed in stomach acid all night; the sour smell of piss-soaked pants, still warm against his crotch; the chalky taste of God knows how many different drugs clinging to the walls of his mouth. The all too familiar odors crept up his nose and down his throat, and Ian pulled himself off the floor. He stepped over people he didn’t even know as he hugged the wall to the bathroom, ignoring the merry-go-round he could never get off. He had to piss. And puke. No time to choose so he did them both at once. Warmth snaking down his leg and the putrid stink slapping him in the face only made him heave harder into the toilet. Chunks of—shit, what had he eaten?—something plopped in the grungy bowl, the rot and funk watering his eyes. He shut off his brain like always, letting his body fend for itself until the torture ended. After emptying his gut, he slid to the floor and curled into the fetal position; the tiles cool against his skin. What the fuck am I doing? He had asked himself the same question before, hundreds of times over the past year or so. Each time, no answer. Just silence. This time, if he closed his eyes tight and blocked out the nausea and the pain and listened close, he could hear a faint voice, a whisper, repeating over and over in his head: Stop, stop, stop. He opened his eyes. The carnival ride that had become his life had begun its last revolution, the spinning slowing to a manageable speed. He gripped the bowl he’d just poured his guts into and pulled himself up. He rested against the rim, the chill of the porcelain blanketing his back in goose bumps. He wasted a quick second wondering where his shirt had disappeared to before shaking the thought from his head. No doubt the shirt was trashed, sopping wet with his own sick. Though he took longer than last time, Ian somehow managed to stand. His newborn-like legs threatened to give him one last fuck you as they shook and wobbled. He braced against the vanity, eyes focused on a half-squeezed toothpaste tube, an old Tampax box, a couple of empty condom wrappers, anything to stop the urge to say “fuck this” and dunk his head in the toilet again. Once he had his center of gravity back on track, he raised his head. Big mistake. His reflection in the scum-streaked mirror hanging over the sink scared the hell out of him. He had aged well beyond his 24 years. Like something straight out of The Walking Dead. Like he had been rotting for, well, a year. Because he had. A slow, painful one. A deliberate one. A rot from the inside out. The decay had started deep, quiet and stealthy and hidden, but had begun to show around the edges, reaching the surface so others could see what he had known all along. He couldn’t ignore this anymore. Time to choose: stop the rot, or let death consume him. He slid achy hands over the faucet and gave the chrome fingers a slow turn before scooping up the cool water and drenching his face. Over. And over. And over. More water. Deluges of water. His eyes burned like a son of a bitch, but he kept up the onslaught. He scrubbed and scrubbed as he splashed, more desperate than ever to be clean. He needed a shower. Nope. A shit idea if ever he had one. The room still spun like a top, and his legs were itching to give out on him. He kept drowning his face at the sink instead until his brain worked again. Well, as good as possible since he still floated in a cloud of crap left over by whatever the fuck he had ingested last night. A couple more handfuls of water before he picked up a towel and pressed the cotton against his face. He lingered over his eyes, scared to see his haggard reflection again. Every cell in his body wanted to turn around, walk out, and get drunk again. High again. Mind-numbingly wasted again. No. Fuck that. Do it. He dropped the towel and stared at himself. Stared hard at his reflection. The deep-set, blackened eye sockets. The sunken, pocked cheeks. Chapped lips. Greasy hair. “Fuckin’ loser,” he eked out, his voice a jagged rasp, wedged between a whisper and early morning smoker’s growl. He punched the mirror. Again. Again. Over and over until glass crawled deep under his skin and pushed blood from his veins. He couldn’t do this anymore. Shit. He couldn’t remember the last time he had thought those words. Not in the past year, for sure. He hadn’t wanted to think dick in the past year. Just get drunk. Stay drunk. Get high. Stay high. But now… Ian shook his head. Crammed his hand in his pocket and pulled out salvation. “Fuck it.” One last glance at himself as the drug-of-the-moment skated over his mind and wiped out thoughts of fixing anything. 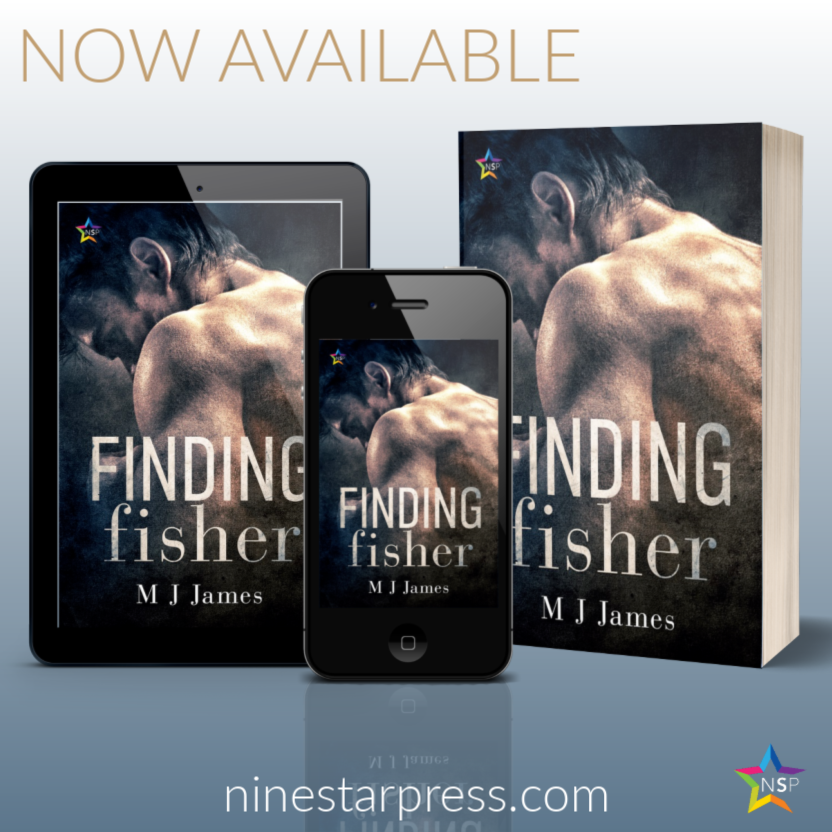 I’ve always wanted to be a writer (like most writers, I’m sure) but not until the last few years have I taken it seriously. I was always told growing up that I had to get a job and “earn my keep,” so I pushed my dream of writing a book to the back of my mind and entered the workforce. Fast-forward many, many years and here I am, trying to make a go at it. I stumbled across Blogger in 2010 and my world of writing exploded. I have met (via the web) so many amazing writers and industry professionals and book bloggers that have passed on their wisdom and experience and successes and failures. So many, in fact, that I have no excuse to sit down and write out the stories living in my head. Which is what I’m now attempting to do. I enjoy reading more than most other things (well, except maybe for writing. And TV. No way am I giving up my TV) . OUT OF THE ASHES is my first foray into the world of adult m/m and I am loving it!