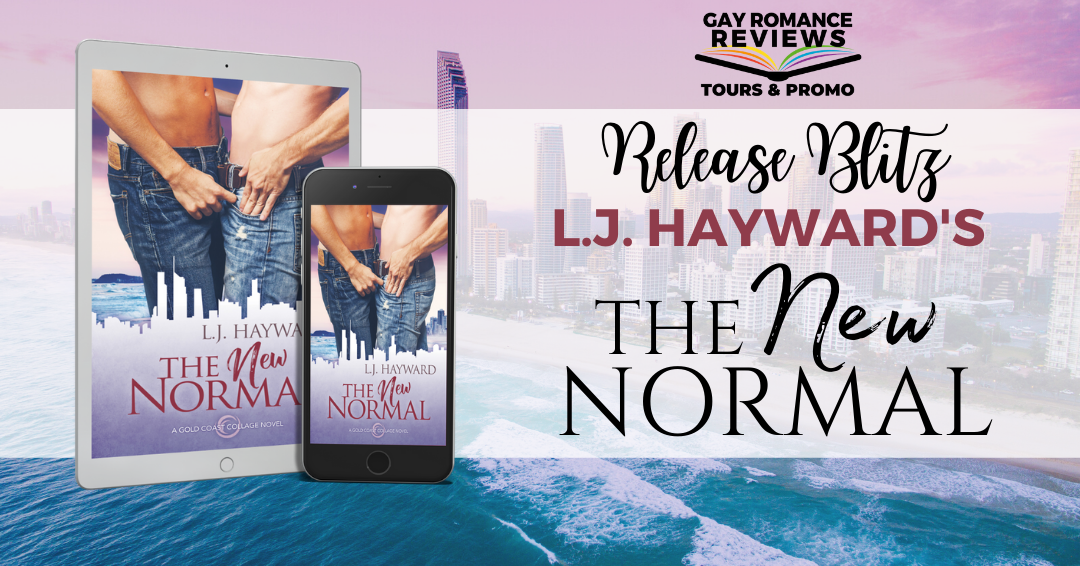 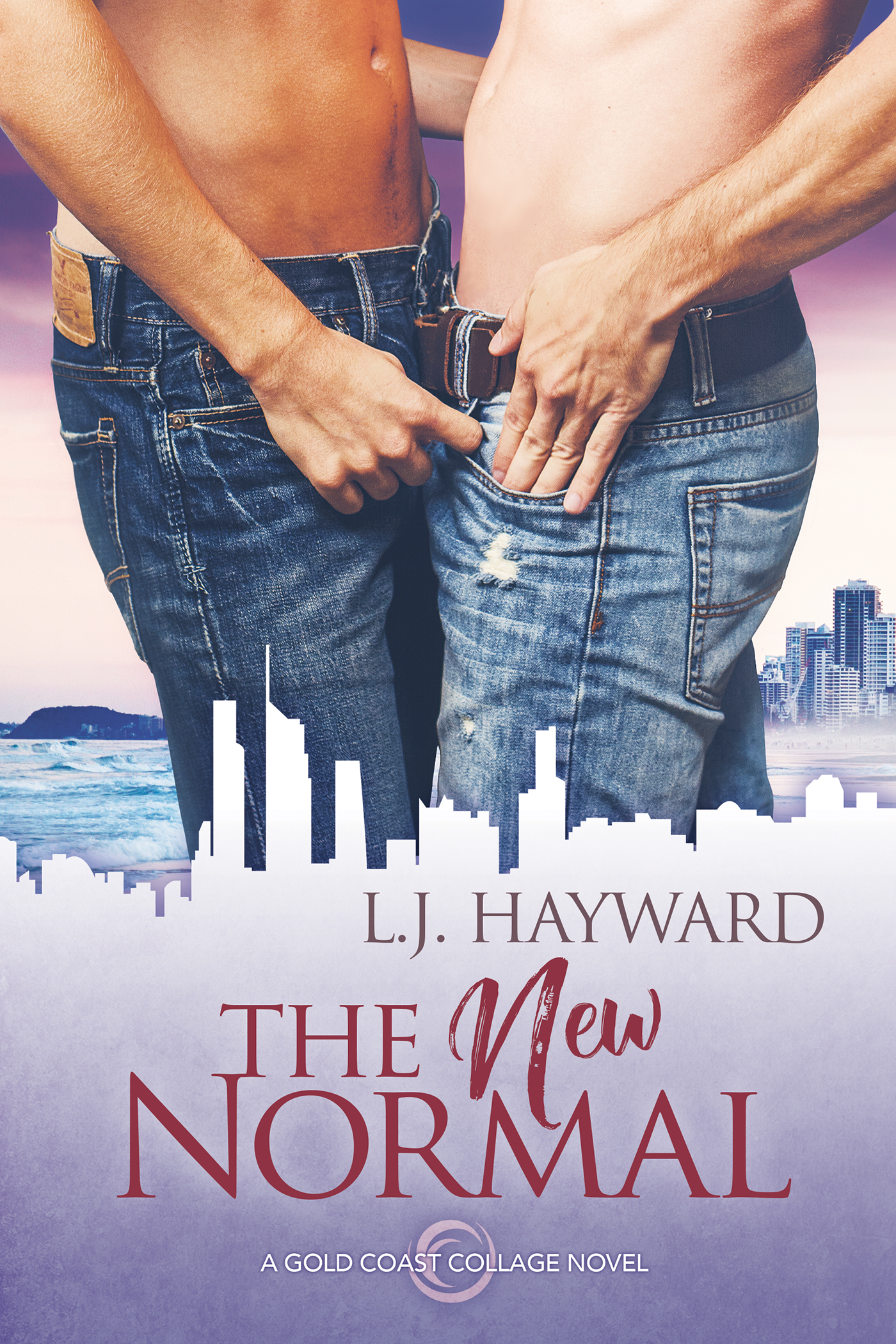 Brian Stagliano’s life should be pretty sweet right now. Two of his closest friends are getting married, and he’s taking a new, exciting step in his career as a doctor. Most amazing though, his best mate has been given the all-clear from cancer. But Brian’s normal has just been tipped A over T and the friendship he’s relied on for years is in danger. All because of five little words.

Andrew Fitzroy should be on top of the world. The cancer that’s haunted him is gone. He can finally get on with his life—except he doesn’t know what that life is anymore. Is he brave enough to come out as bisexual? Should he pursue architecture or stay in construction? Either way, Andrew knows happiness won’t be his until he has what his engaged friends have—love, joy, passion. So, he says those five little words to Brian—I’m in love with you.

Friends since childhood, Brian and Andrew have always been closer than brothers. Best mates. Nothing could ever tear them apart. Except for those five little words. Now, Brian’s not sure about so many things—their friendship, his own desires—and the foundation Andrew’s built his world on feels like its crumbling. But if they manage not to destroy everything they have together, Andrew and Brian might just find a new normal with each other.

Hello! I’m L.J. Hayward and you may know me from the Death and the Devil series, MM romantic suspense about a spy and an assassin. Now I have a new story for you all, the first book in a series of MM contemporary romances set in my home city of the Gold Coast, Australia. The series is called Gold Coast Collage and book one is “The New Normal”, about Brian Stagliano and Andrew Fitzroy, best friends since they were kids. They’ve shared a lot of ups and downs, including the Big C, and now they’ll have to fight to survive the next one as well—the one where Andrew tells Brian that he’s in love with him. Please enjoy this exclusive excerpt from the first chapter of “The New Normal.” Cheers, L.J. 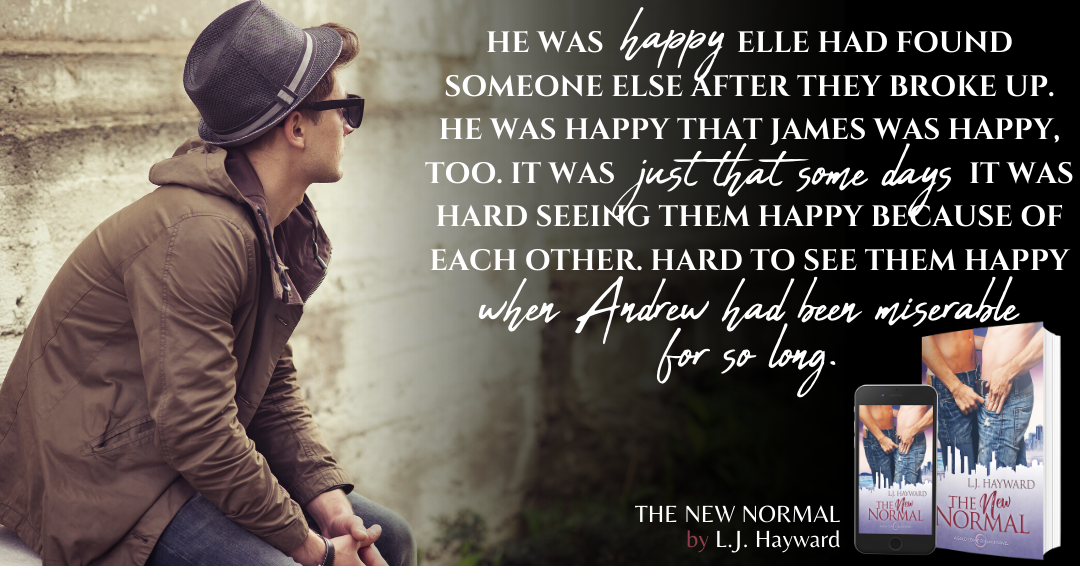 To celebrate L.J.’s new release, we are giving away $10 Amazon GC and an e-copy of your choice of one of L.J. Hayward’s back listed books.

Hi! I’m L.J. Hayward and I’ll be your author for this biography.

Official Blurb L.J. Hayward has been telling stories for most of her life, a good deal of them of the tall variety. She loves reading but doesn’t seem to have enough time between wanting to be a more disciplined writer, being the actual erratic writer she is, and working for dollars in a dungeon laboratory. She also lives on the Gold Coast in Queensland, but rarely sees a beach and can’t surf, though she thinks living on a houseboat might be fun. At least then she’d have an excuse to get a cat.

Me Just Rambling & Stuff I’ve been telling tales (some of them of the tall variety) for most of my life. The first book I ever produced was about Easter, as I recall, and was written in crude pictographs. In my defence, I reckon I was about three. Stapler-binding was the format of choice (way, way before the advent of the e-book). First story with words (and pictures) was about a trip to the moon, in which I included the exhaustive research I did on the matter by saying it took three days to get there. Sadly, the trip was cut short when a puddle of blood (!! – quite gory for its day and age) was discovered on the moon, so the characters had to leave before the murderous aliens found them. Nail bitting stuff!

Beyond that, I don’t recall exactly when I began to think seriously about writing. I always enjoyed a creative writing exercise in high school, but hated scientific writing in university. Not enough room for drama or humour or unicorns. But even before I began writing stories down, I was writing them in my head. Serious writing started around the mid-twenties. Good writing started a couple of years later. Even better writing is still in progress.

As a pathology scientist, blood and medicine is a big part of my life and, naturally, have an influence on my writing. My first book, Blood Work, had its origins in how blood behaves in transfusions (vampires drinking blood is basically a transfusion, right? Right.).

Of course, recently I’ve moved into M/M romantic suspense, with the publication of Where Death Meets the Devil. I’m blaming Manna Francis’s Administration series for hooking me into the wonderfully wide and diverse realm of queer fiction. It’s a genre pool I plan on wallowing in for good long while. 😉