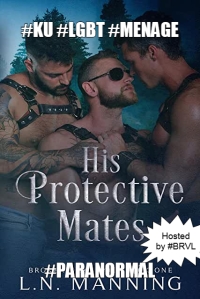 Marcus Mallory lived in hell under his uncle, a cruel and sadistic alpha that long ago stopped caring who he hurt, including his own family. When Marcus’s brother, Lucas, challenges their uncle, the alpha cheats, leaving the brothers no choice but to run for their lives.

Jace “J-Rod” Malone and Aaron Carrington are fated mates, but not your normal pairing. Both are alpha-born and know something is missing from their relationship. When they are called upon to help some friends, they find that missing something, another mate.

But when Marcus disappears, can Aaron and Jace find him before it’s too late? Will they be able to stand together when another family conflict tries to force them apart? As their lives narrow to a single moment in time, are they strong enough together to move forward; as three? 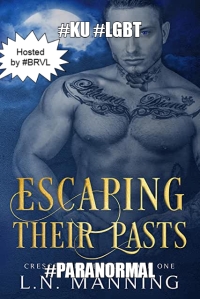 Alpha wolf and loner Jonathan Waine was comfortable and content in his loner lifestyle. Thrown out of his pack by his father for being gay, he had finally found peace. Until the night he decided to go for a drink. That one decision changed everything: his solitude, his home, his happiness, and his future. Now, everything rested on one beautiful blond.

Ethan Gregory learned long ago that if he let people in, he always ended up hurt. He has been moving from place to place for years, never allowing anyone to get close. On his way home from work one night, a stranger comes to his rescue, and he realizes that this man is his fated mate. He does the only thing he can think of. He runs.

When the past comes back and literally bangs on the door, will Jonathan and Ethan get their happily ever after? Or, will they even survive long enough to find out? 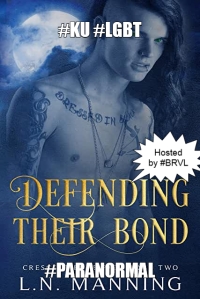 Bulldog thought that a mate would not be in the cards for him or was he wrong?

On the run for most of his life, Thomas “Bulldog” Baird is used to being alone. He never cared what people thought of him, never had a reason to. After helping his friend, Jonathan, settle some old scores with his birth pack, Bulldog finds the one thing he never thought he’d have: a mate. A mate he’s not sure he wants to claim because of his own haunted past.

Edward Rawlings has survived hell, living under a cruel and vicious Alpha who almost decimated his birth pack. When the pack was finally freed from tyranny, Edward thought his fight for life would be over. He was dead wrong.

Can the two find the happiness and love they deserve while they risk their lives defending their bond, or will Bulldog’s past claim them both? 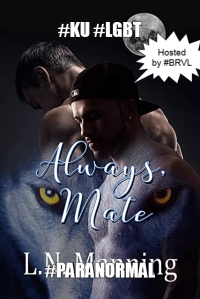 Jonathan is flipping coin on his relationship or will it turn out bad?

Since the moment Jonathan Waine mated Ethan, they had been through one hell and another. Things have finally settled down, and he wants to do something special for his Alpha Mate. He whisks Ethan away for a few days to show him what it truly means to be cared for.

When his mate, Jonathan, tells him to shower and change his clothes, Ethan Gregory doesn’t know what to expect. Then he is blindfolded and driven away from their home, and he starts to worry. But he never would have guessed that his big bad wolf had such a romantic side.