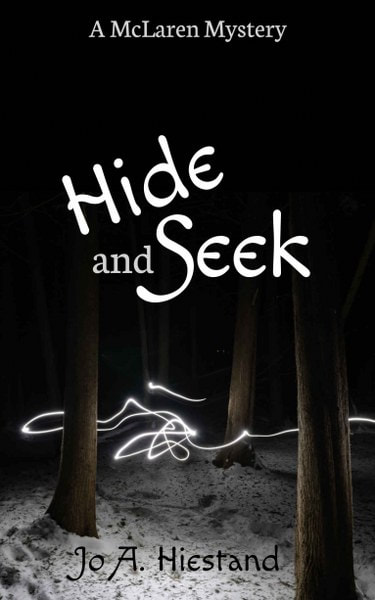 Hide and Seek
The McLaren Mysteries Book 12
by Jo A. Hiestand
Genre: Mystery

Playing a mystery game seems the perfect way to celebrate Jamie Kydd’s promotion to Detective Sergeant rank. But the game turns real when a body turns up in the pretend crime scene. Perhaps worse than spoiling the party, the corpse is someone Jamie knows.
Even though the police take on the case, Jamie asks his friend, former police detective Michael McLaren, to also investigate—concerned that the victim’s criminal past may dampen the Constabulary’s usual fervor to nab his killer. It seems to have been a smart decision, for the police aren’t expending a lot of energy on the inquiry.
Suspects float around McLaren…half truthful, hard to find. More like wraiths than flesh and blood. If the victim’s burglary partner, ex-wife, or childhood friend didn’t kill Dan, who did? It’s a desperate game between McLaren and a killer who’s playing Hide and Seek.
** On Sale for only .99 cents!!**
Add to Goodreads
Amazon * Apple * B&N * Kobo 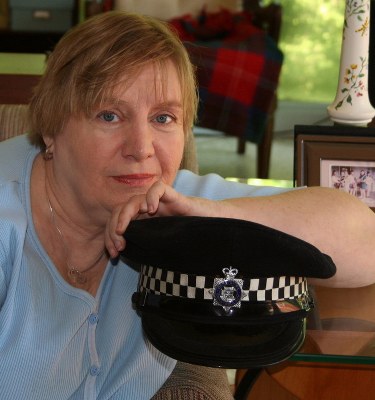 Books, Girl Scouts and music filled Jo A. Hiestand’s childhood. She discovered the magic of words and the worlds they create: mysteries, English medieval history, the natural world. She explored the joys of the outdoors through Girl Scout camping trips and summers as a canoeing instructor and camp counselor. Brought up on classical, big band and baroque music, she was groomed as a concert pianist until forsaking the piano for the harpsichord. She also plays guitar and has sung in a semi-professional folkgroup in the US and as a soloist in England.
This mixture formed the foundation for her writing. A true Anglophile, Jo wanted to create a mystery series that featured a British police detective who left the Force over an injustice and now investigates cold cases on his own. The result is the McLaren Mysteries, featuring ex-police detective Michael McLaren. Jo’s insistence for accuracy — from police methods and location layout to the general feel of the area — has driven her innumerable times to Derbyshire. These explorations and conferences with police friends provide the detail filling the books. She also writes the amateur sleuth Linn House Mysteries under the pen name Jessie McAlan. In 1999 Jo returned to Webster University to major in English. She graduated in 2001 with a BA degree and departmental honors.
She has employed her love of writing, board games and music in other ways by co-inventing a mystery-solving game, P.I.R.A.T.E.S., which uses maps, graphics, song lyrics, and other clues to lead the players to the lost treasure. Jo founded the Greater St. Louis Chapter of Sisters in Crime, serving as its first president. Besides her love of mysteries and early music, she also enjoys photography, reading, baking, and her backyard wildlife.Her cat, Tennyson, shares her St. Louis home.
Website * Facebook * Instagram * Youtube * Bookbub * Amazon * Goodreads