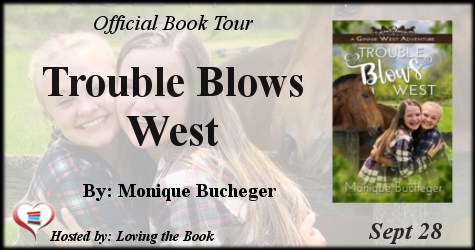 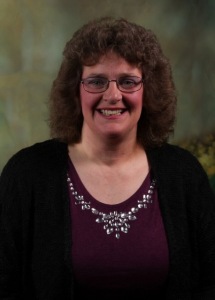 When Monique isn’t writing, you can find her playing taxi driver to one or more of her 12 children, plotting her next novel, scrapbooking, or being the “Mamarazzi” at any number of child-oriented events.
Even though she realizes there will never be enough hours in any given day, Monique tries very hard to enjoy the journey that is her life. She shares it with a terrific husband, her dozen children, twelve grand-darlings, too many cats, and many real and imaginary friends. She is the author of several books in three series and hopes to write many more.

Putting her body in motion before her brain is in gear creates a mountain of problems for 12 year-old Ginnie West. She is certain that defending her twin brother, Toran, from the biggest bully in sixth grade was the right thing to do. But Ginnie couldn’t be more wrong.
She quickly figures out that Toran doesn’t appreciate being rescued by a girl any better than Pierce likes being knocked down by one. When Pierce seeks revenge on Ginnie, Toran sets aside his anger and helps her plot a playback prank at Pierce’s house.
Sadly, Ginnie learns that Pierce has a reason for being a bully when she sees his dad drop him to the floor like a ragdoll with one awful blow to the chest. Realizing he’s a boy in big trouble, Ginnie switches gears and decides to be his ally, even if he won’t let her be his friend.
What reviewers are saying about this book:
*Like Anne of “Anne of Green Gables,” Ginnie is a character you can’t help but love.
*I couldn’t put these books down. I was not only entertained, but inspired.
* An excellent book that deals with the sensitive topics of bullying, abuse and forgiveness. It is action packed and full of raw emotions.
*Bucheger does an amazing job of writing this story but without giving a cookie cutter answer to the problems Ginnie faces.

Join the Next Book Tour  and The Prequal Tour in this Series for more prizes and fantastic content!

Place your review here if you signed up to review. Otherwise remove this banner

Place the Extra content you signed up to feature here