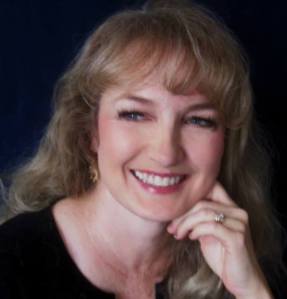 Donna Hatch is the author of the best-selling “Rogue Hearts Series,” and a winner of writing awards such as The Golden Quill and the International Digital Award. A hopeless romantic and adventurer at heart, she discovered her writing passion at the tender age of 8 and has been listening to those voices ever since. She has become a sought-after workshop presenter, and also juggles freelance editing, multiple volunteer positions, and most of all, her six children (seven, counting her husband). A native of Arizona who recently transplanted to the Pacific Northwest, she and her husband of over twenty years are living proof that there really is a happily ever after.

The last thing Hannah Palmer wants to do is flirt with men in a crowded ballroom, but when her sister, the Countess of Tarrington, throws a Masquerade Ball, Hannah can’t say no to the invitation.

Taking comfort behind her disguise, she dances with a charming masked gentleman, matching him wit for wit. When the glorious evening culminates in a kiss, and the two remove their masks, Hannah is horrified to discover the man she’s been flirting with all night is her most despised neighbor, the Duke of Suttenberg.

No matter how charming the duke was at the ball, and how wonderful the kiss, he is the last man she could ever love.

As the visitor strode to the steps toward the front door, Hannah wrinkled her nose. Though his hat concealed most of his hair and shadowed his face, only the Duke of Suttenberg possessed such arrogant mastery, as if he viewed himself ruler of all the earth instead of only his own properties.

Though she’d planned to enter through a side door, Hannah followed him up the front stairs so she could better observe the full force of his snobbery. And if she were honest, catching a glimpse of his handsome face would be no hardship. As long as he didn’t turn his intimidating stare her way, she ought to manage to hold on to her wits.

He glanced over his shoulder. Her breath stilled. Though she’d spent time in his company four times—yes, she’d kept track—she was never fully prepared for his masculine allure. She’d seen plenty of gentlemen, including her brother-in-law, Cole. But the Duke of Suttenberg’s face never failed to turn her to a blithering pool of mush.

The duke cast a passing glance over her and intoned, “Inform your master I am arrived.”

Hannah’s mouth dropped open, and her face burned with one-part humiliation and two-parts anger. He didn’t remember her. Worse, he’d mistaken her for some house girl. A servant.

The butler opened the front door, drawing the duke’s attention. “Ah, Your Grace. My lord is expecting you.”

The duke entered without casting a second look at Hannah. Arrogant, thoughtless cad! That he would forget someone whom he should recognize by now spoke volumes to his conceit. Clearly, he viewed her as too far beneath his notice to have gone to all the trouble of remembering her face. True, she didn’t like being the center of attention, but neither did she want to be treated as if she were a patch of mud to be scraped off one’s boots.

← You Owe Me
Instant Heat by A.K. MacBride →