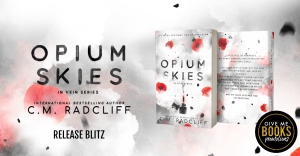 Life is full of variables.
We crave control, but in reality, we have very little.
I left home with a plan: get the full college experience and pass my classes.
But that all changed when I met him.
Ander was the last thing I needed.
He was never part of my plan.
He was the one variable in my life that I could never control.
And we were destined for destruction 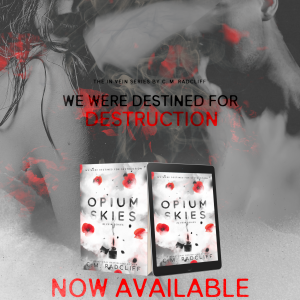 EXCERPT
My eyes fly open and I glance at the door, meeting his stormy blue eyes.
“What the fuck are you doing, Hadley?” Ander barks as his entire body consumes the doorway. Everyone in the room freezes, glancing between the two of us.
Narrowing my eyes, I hold his gaze, challenging him as I slide the rolled-up bill across the surface of the dresser, deeply inhaling the bright white powder. My eyes never leave Ander’s as I drop the bill onto the dresser and stand upright, sniffing harder. Ander steps into the room, his entire presence consumes every inch of the space. The two guys in the room instinctively step back, knowing better than to get in his way right now.
Ander’s eyes are honed in on mine and they burn with the deepest shades of blue. A complete contradiction to the storm that brews within his expression. He stops in front of me, reaching out and grabs my chin. Tilting my head to look back at him, he leans in, his lips just barely touching mine.
“You wanna play like that, little girl?” He breathes against my lips as a sinister smile pulls on the corners of his lips. “Game on.”
Quickly releasing me, Ander nudges me to the side and plucks the rolled-up bill from the wood surface. Crossing my arms over my chest, I watch him, slightly amused as he leans over the dresser. Within a matter of seconds, he inhales the remaining lines left and stands back to look at me.
His pupils are already constricted, but I watch as they transform into just small dots, with his blue irises consuming them. Ander looks down at me with a sly grin playing on his lips, waiting for me to make the next move.
Abruptly grabbing me by the throat, he pulls me flush against him. My breath catches in my throat. His touch burns against my skin and the blazing fire settles throughout my body, mixing with the euphoria from the Oxy and everything else in my system.
Heat spreads from my stomach and a warmth creeps between my legs as he leans closer, his warm breath skating across my face. Just as his lips are about to capture mine, he ducks his head to the side, pressing his lips against my ear.
“Ball’s in your court, babe,” he breathes, his words only meant for me to hear and lightly squeezes my throat. “Your move.”

C.M. Radcliff lives in Pennsylvania with her husband and two demon children. Known as the Psycho Queen, she speaks fluent sarcasm, dark humor, and has the mouth of a sailor. If she isn’t reading or writing, she’s probably on an adventure with her little family. 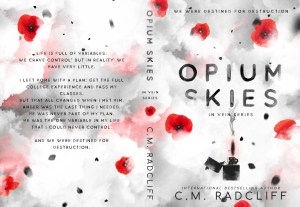