Kisses Under the Mistletoe Holiday Collection

Read 9 holiday full length stories from 9 of your favorite authors in this fantastic holiday 9 book collection. Each book is a standalone and sold separately by each individual author. Follow their amazing characters as they find their true love under the Mistletoe. Some tales are steamy hot, others naughty sweet, but oh…they are all soooo good!

SEAL UNWRAPPED
BY TARA L. AMES
SEAL UNWRAPPED is a sexy contemporary holiday romance, introducing the Lakeman Brothers, all SEALS, all hot, all from Montana.
In Book 1, Montana SEALS & Brothers Series…
Best buds since elementary school, Sean Lakeman is her soulmate.
Lovers since high school, Lindsey Mallorie is his compass.
They are supposed to be together forever… until Lindsey’s father, the town’s sheriff, threatens to arrest Sean if she does not stop seeing him for he’s just a ranch hand going nowhere fast. Unaware Lindsey has given him up to save him, he changes the direction of his life and leaves Montana, vowing never to see her again.
Now a highly decorated navy SEAL, Sean comes home for the holidays, still wrapped up in years of bitterness toward Lindsey. Will he be naughty and seek revenge against the woman who crushed his heart, or will he make her Christmas wish come true and be nice and bare the gift of forgiveness…for there is more than the magic of the season sparkling brightly between them.

MISTLETOE HOPES
BY ALYSSA DRAKE
When a chance meeting under the mistletoe ignites a hidden attraction, Tess is forced to choose between fighting her desire or surrendering to love.
Christmas in the snow sounded like a brilliant idea when Kaitlyn pitched the idea of spending their annual sister holiday at a working ranch. However, mid-flight, Tess discovers Kaitlyn’s underlying motive is to spend the next seven days ogling the male owners of Dove Ranch.
Stuck in the snow with no electricity and a cowboy-crazy sister, Tess finds solace with the eldest brother, Weston, who deplores the suggestive misdirection of the ranch’s new advertising scheme. Agreeing to buffer Weston from the advances of the ranch’s eager guests, Tess finds herself falling for the man she offered to protect.
However, when Weston makes the ultimate sacrifice, Tess must decide if she’s willing to risk her heart on a cowboy.
ADD TO GOODREADS

FIGHTING FOR US
BY BELLA EMY
Can an MMA, ex-Navy SEAL, single dad find love again?
Can a brokenhearted young woman believe happily ever afters don’t only exist in books?
Lorenzo
I had it all.
A wonderful family with a loving wife who was my world and a beautiful baby girl.
I didn’t need anything more to be rich in my eyes.
Then one day, everything changed and my world was ripped apart.
My wife, my everything, was taken from me, and I was left alone to raise our baby girl.
I was forced from late night sessions at the gym to changing diapers all by myself.
Thank God for the help I received from my parents and siblings or I would have been lost.
I accepted my fate of being alone with my baby girl and living life with just us two…
Until the day I met her, and she became everything worth fighting for.
Carissa
Life was so perfect.
A loving fiancé, wonderful friends and family, and a job I adored.
Until one day, my world was turned upside down and the man I loved threw the promise of forever down the drain and walked out of my life.
The day he walked out of my door, I knew that everything I had ever grown up to believe in was a lie.
Love is unconditional but love sure as hell doesn’t last forever.
The vow to love me for the rest of our lives ended quickly as he pulled away from me, and buried himself in the arms of his ex.
I was left alone, cursing the male species and everyone who had found their happily ever after.
My sister and my best friend were the only ones there for me…
Until the day I met him, and he became everything worth fighting for.
ADD TO GOODREADS

HIGH HEELS AND MISTLETOE
BY C.A. KING
Call it an allergy or a family curse, either way it boiled down to the same problem: Julietta Romero couldn’t go within six feet of mistletoe.
Forty-eight weeks, from January to the beginning of December, were spent filling the position as a top executive at a prestigious marketing firm—a five-year running record without a single incident. As long as she continued taking all her vacation hours all at the same time, nothing would change. Then, the worst scenario happened: with only a handful of days left before her flight, she found herself working round the clock on the firm’s biggest deal yet, and her boss wasn’t letting her leave until it was signed, sealed, and delivered.
Luke Winslow was in love with women, parties, and the holidays, and not necessarily in that order. Taking over one of his father’s companies didn’t fit into any of his plans, nor did a relationship that lasted longer than a roll in the sheets. There wasn’t a single person who had made him want to settle down and be serious, that was until she fell into his arms… several times. Now, he’ll do anything possible to stop her from escaping his charms, including holding off putting his John Hancock on the business deal his father instructed him to close.
It’s up to the magic of the season to bring this unlikely couple together with a little help from a pair of High Heels and Mistletoe.
ADD TO GOODREADS 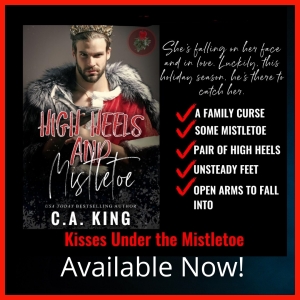 MY BIG FAT FAKE MISTLETOE KISS
BY SHANNYN LEAH
Mistletoe mishap. A toe-curling kiss. The wrong brother.
An all-paid Christmas work vacation to Santa’s Village Resort sounds perfect. Right? Snow, twinkle lights, reindeer, the whole shebang. Wrong.
When Bailey Tremblay purchased some naughty silky lingerie, she had planned on surprising her boss with a treat on the side. After all, the week before they’d shared a toe-curling kiss under the mistletoe. But when he shows up with another woman on his arm, effectively destroying her delightful Christmas plans, Bailey is shaken. Hiding in her room for the remainder of the trip, eating ginger cookies and drinking cider sounds like the best way to retreat and heal her hurt ego.
Her boss’s brother, business partner, and the co-owner of the company—aka her other boss—has his own holiday plans. And he isn’t about to take no for an answer. Now Bailey finds herself pretending to be Wesley Sinclair’s fake lover and kissing the wrong brother under the mistletoe … or is she?
Why is it every time her lips are on Wesley’s, they’re alone?
Hold on to your jingle bells with this holiday rom com that will leave you swooning and looking for holiday magic everywhere.
ADD TO GOODREADS 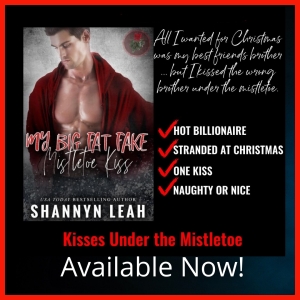 CRAZY FOR CHRISTMAS
BY ERIN LEE
The Christmas Academy. Frankly, it sounded absurd. But with a name like Noelle and her quirky family’s reputation for leaving candy cane lights up year-round, who was she to complain? Between semesters, she could certainly use the distraction. It was the least she could do for a struggling little town that had lost its spirit since the mill closed. A Santa gig. Really? Still, it was the best he could do for now. Looking up at the twinkling sign dotted in mistletoe, Kristopher reminded himself it was only temporary. It wasn’t like he had any other place to be but had always found holiday festivities silly. What happens when a cheery professor and a burly, bitter con are tasked with bringing the holiday spirit back to a struggling town? It all begins with the mistletoe.
ADD TO GOODREADS 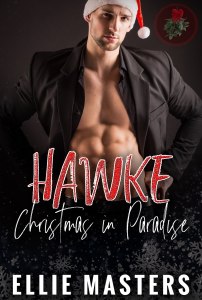 HAWKE CHRISTMAS IN PARADISE
BY ELLIE MASTERS
HAWKE: Christmas in Paradise, is a Steamy, Holiday Billionaire Romance that will heat up the sheets and keep you warm on a cold winter’s night.
Christmas in paradise turns out to be way more than she bargained for…
Quinn Hayes had it all and lost it all. Her picture-perfect relationship, the venture capital she needs to launch her fledgling company…gone. All she has now is the vacation she planned to take with her ex-fiancé—and there’s no way she’s letting that go. The last thing she expects (or wants) to find in Euphoria is love. But the sexy, confident man she meets there has her wondering if a rebound is precisely what she needs.
Hawke Sterling doesn’t do romance. He’s far too jaded for that. Fairy tale, happily ever after endings just aren’t for people like him. But there’s something about Quinn that has him questioning everything. She’s smart, charming, and entirely too gorgeous for his peace of mind. Too bad the only thing he has to offer her is heartbreak.
When it turns out that Hawke holds the key to Quinn’s professional success (or ultimate failure), he’ll have to decide if the cost of being with her is more than he’s willing to pay—and Quinn will need to decide if taking a second chance at love is worth the risk…
ADD TO GOODREADS 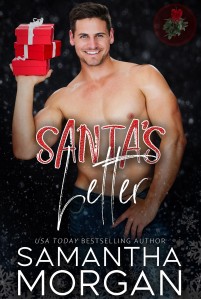 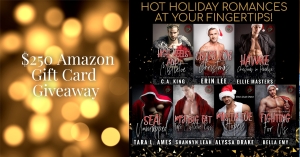