Series Tour of the Wolves of Royal Paynes & Final Release:

Diesel didn’t only lose his pack in the hellfire explosion that turned the people he loved into ash, he lost his future omega as well. The only human among them, Quinlan had joined their pack as a child and through the years Diesel was his constant companion, protector, and best friend. Because of the difference in their ages, Diesel insisted they waited until Quinlan was a little older, until the gap between their years didn’t matter quite so much before he claimed Quinlan truly.

He never got the chance.

Now, Diesel has watched his pack mates find their omegas knowing he’ll never have what his brothers have. He’ll never hold his omega, never kiss or tease him just to see the blush color his cheeks. He had his treasure, and failed to protect him. Quinlan was everything that was good in the world and trying to live without him is like trying to live without a heart. But Diesel is still an alpha, still partly responsible for the fragile—yet flourishing—pack that has assembled around them, despite the alpha team’s best efforts to cling to the past and care only about revenge.

When an old face becomes a new enemy, Diesel and his alpha team are once again racing to save everything they hold dear. Betrayed by someone they’d once called leader, the Royal Paynes pack has never been in more danger. Portal wants nephilim blood to open a gate to hell and there won’t be puppies and kittens waiting on the other side. Before the pack can figure out how to hold hell back, the alphas must deal with the traitor once and for all—and face the terrifying weapon he possesses. A weapon that has the power to change everything.

Good vs. evil. Heaven vs. hell. Diesel already failed to save his pack once, and now, he’s expected to save the world?

Outlaw is the fourth and final book in the Wolves of Royal Paynes series. It is an action-packed, magically-infused, swelteringly hot, mpreg romance that continues a world of angels, demons, shifters, mystery, and magic. For maximum enjoyment, this series should be read in order.

Check out the Wolves of Royal Paynes Series

For maximum enjoyment, this series should be read in order. Wolves of Royal Paynes: Hero Ruler Lovers Outlaw

Knox knows all the five of them have left now is each other. That, and the driving desire to find who had slaughtered their pack and make that person pay.

But investigating a tragedy with only rubble as evidence requires money and time. Knox can find one and use it to buy the other. They may be the last remaining members of a once thriving pack, but they are no strangers to taking the types of jobs that would keep lesser men awake at night.

Finding and returning some young punk to his rich, asshole father shouldn’t be all that difficult.

Jazz Whitten lives as he likes, always. Since leaving home when he was young, he’s operated under a single rule, never stay where you aren’t wanted. Using his unique ability and the sleight of hand he’s perfected over the years, life as a fugitive isn’t that bad. It’s lonely at times, but freedom is more important than companionship.

But when Jazz comes head to head with the latest team hired by his father, he forgets his own rule. He knows it is money, not affection that keeps the team on his tail. Their leader, Knox, is merciless and focused, but there’s something else about the man. It isn’t his kindness—Knox is a brute and unfortunately for Jazz, he’s smart too—but Knox radiates a type of pain that Jazz is all too familiar with.

Jazz is as slippery as he is sexy and it takes every trick Knox has to catch up with him. But when he does, how will the stone-cold mercenary ever give him up?

Hero is the first book in the Wolves of Royal Paynes series. It is an action-packed, swelteringly hot, mpreg romance that introduces a world of intrigue, mystery, and magic. 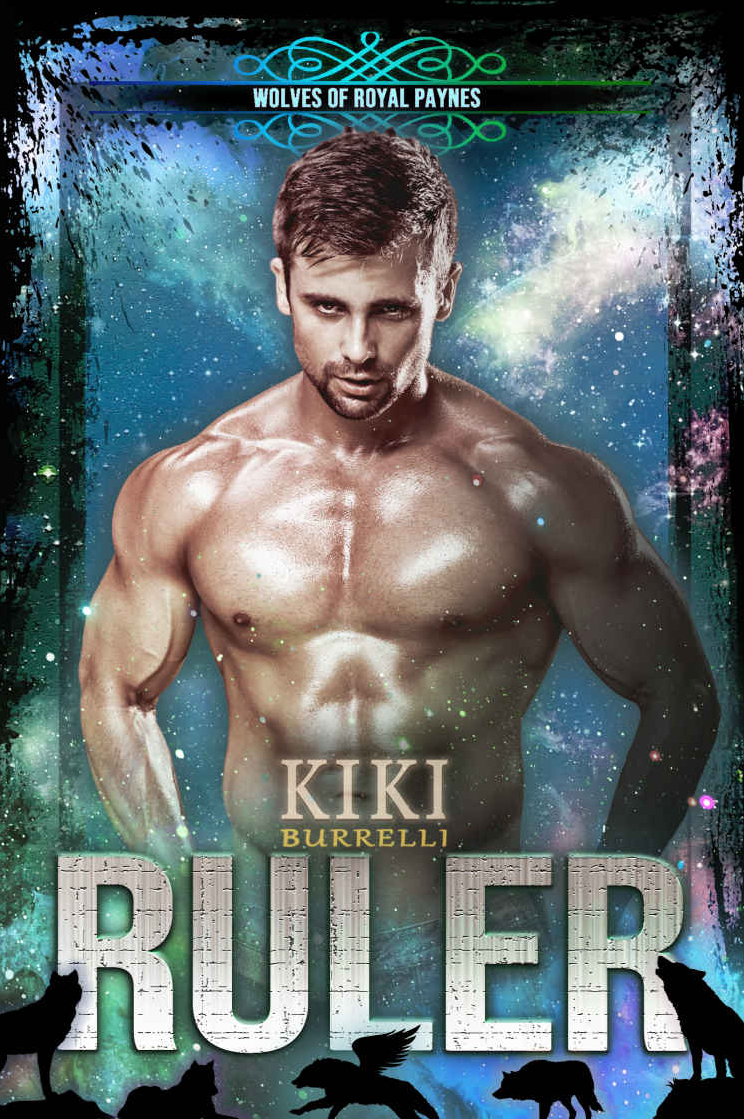 It all started with a mouse and a note. After that, Faust kept receiving strange messages delivered by forest animals. He’s no cartoon princess and this sh*t is weird but not life-threatening. He ignores it until he receives a flurry of notes all with the same message, help me, and there is no way Faust can ignore the odd messages any longer.

Storri was locked in a tower over five years ago, trapped there by a man he trusted. The man claims to be protecting Storri from himself and others, but Storri never had any enemies—only a teacher he thought had been a friend. Storri’s ability to communicate with animals helped him stay sane in isolation, but after so long alone, hope has faded.

Rescuing his prince is only half the challenge. Faust and his pack already have a mystery, and they’ve never been closer to finding out who destroyed their family and why. But with knowledge, comes danger and the man who took Storri isn’t the only one willing to do anything to get their hands on him.

Ruler is the second book in the Wolves of Royal Paynes series. It is an action-packed, magically-infused, swelteringly hot, mpreg romance that continues a world of angels, demons, mystery, and magic.

Guardians. Brothers. Alphas. Affectionately referred to as, the twins, Jagger and Huntley aren’t related, but that’s the only thing the two alphas don’t have in common. Eerily identical, if it weren’t for the scar Jagger earned saving Huntley’s life as children, no one would be able to tell them apart. Together, there isn’t a challenge they won’t face. Breaking into a hellish laboratory where enemy scientists are conducting gruesome experiments is no different. Their mission is clear, save who they can and burn the rest, but when they come upon a locked door behind a barricade that looks months old, they know that whatever is inside, isn’t like anything they’ve faced yet. Ripped from his mother’s arms and thrown into a cell as a child, Sitka hasn’t seen a living person in years. He sees their footsteps under the door when they slide in his food, but no one has dared face the crazed nephilim who can hop shadows—not after what he did to the last two who entered his cell. Still, his life is far from peaceful. Sitka can’t stop seeing dead people. They scream at him without rest, their voices angry and loud enough to make living a normal life impossible—even if he hadn’t spent most of it locked away. When the room to his door randomly bursts open, Sitka assumes the two men are there to finally kill him. Huntley and Jagger knew something unusual was behind that door, but they didn’t expect their mate. He swings at them like a wrecking ball, making them realize what they had was just one half of the equation. Sitka completes them, but Sitka’s own angelic power is his worst enemy. When strange things start to happen around the hotel, no one wants to blame the flighty nephilim who can jump shadows and talk to ghosts, but the list of suspects is short. And Sitka wasn’t the only victim rescued from the labs. As the reclusive wolf pack learns how to live with growing numbers, they can’t forget the danger looming over all their heads. A powerful force wants them all dead. Lovers is the third book in the Wolves of Royal Paynes series. It is an action-packed, magically-infused, swelteringly hot, mpreg romance that continues a world of angels, demons, mystery, and magic. 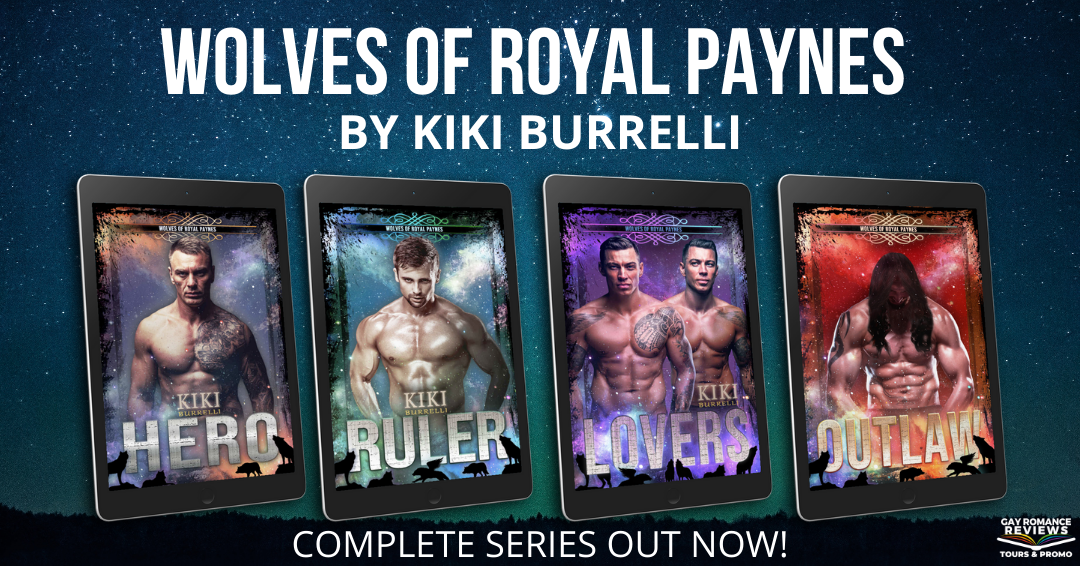 Kiki Burrelli wants to make you shiver. She writes paranormal gay romance with common mpreg themes and as much magic as she can stuff between the pages.