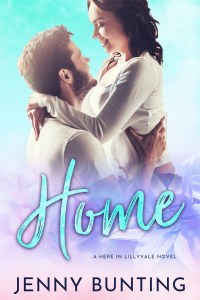 When your boyfriend tries to fight your grandpa and loses, you definitely question your taste in men.
Addison is reluctantly getting back in the dating world, with the help of a new matchmaking service. Dating is impossible when your childhood friend moves in for a couple of months, you’ve had a crush on him forever, and he’s finally single.
Kirk is back in Lillyvale, a town he hates, since his feisty and feud-starting grandma is ailing. He thought living with Addison for a short time would be easy, but, it’s anything but. Sexual tension was a lot easier to deny over the phone or on quick trips home.
Kirk and Addison consider home to be on opposite coasts, and their one shot at a love affair might be over before it starts.
Author’s Note: If you like sweet heroines who could be your BFF, bearded quirky guys who secretly read Twilight, kitchen counter sex and all. the. feels, be ready to feel right at home. While this is Book Three in the Here in Lillyvale series, Home can be read as a complete STANDALONE, with no cliffhanger and a guaranteed HEA.
Please note: this book has strong language and explicit sexual situations. Reader discretion is advised.

EXCERPT
Kirk used to read in the library at lunch to avoid other students, arranging his backpack and lunch around him as a barricade. Technically, they weren’t allowed to eat in the library, but Mrs. Fletcher, the school librarian, always let him.
One day, Addison glided in, wearing a teal dress and holding a book.
He thought she would walk right by him, maybe to return something or ask Mrs. Fletcher for a recommendation based off of the book she was holding.
Instead, she stopped at his table.
“Hi, Kirk. I’m Addison Varick.”
“I know,” he said quietly, peering over his book.
Addison pulled out a chair. “Can I read with you?”
Kirk blushed and nodded. She sat down with a bright smile, opened a thick volume, and started reading.
Anne of Green Gables.
She smiled in wonder as she flipped the pages, her mouth agape in parts, or covering her mouth in surprise. Addison made reading look like an adventure.
He asked his mom to drive him to Barnes & Noble the next day and was so embarrassed, he made his mom buy it. He read it under the covers and shoved it between his mattresses so Bailey wouldn’t make fun of him for reading a girl book.
Kirk still had his tattered copy in storage, along with all the other books he read because Addison read them.
From that day on, Addison read with him every lunch. At first, they didn’t say anything; they just read.
Slowly, they started talking. Then, she invited him to his first-ever birthday party. He gave her his favorite book, The Martian Chronicles by Ray Bradbury, as a present. When she opened it, her eyes softened and she held it to her chest like a treasure.
“It’s your favorite,” she whispered, and his heart glowed. Kirk liked to think she liked his present the best.
By being friends when her, he grew more comfortable talking to people, even trying theater and loving it, although he froze on stage. When he found his group of friends in high school, Addison stayed the best one. It was because of her quiet support that he found friends in New York, how he had the nerve to approach Kathryn when they shared a class at NYU.
Addison was the catalyst for everything good that had happened in his life.
Everyone always questioned him on why he never tried dating Addison.
The answer to him was always clear—he couldn’t lose her. 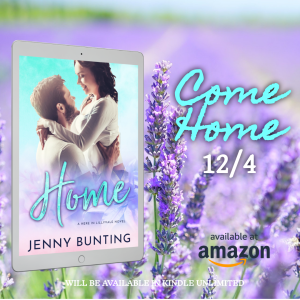 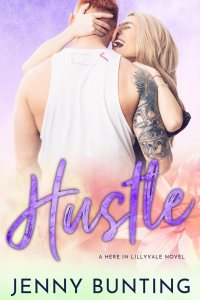 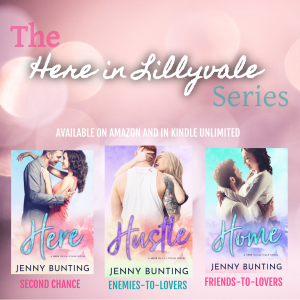 Jenny Bunting is the author of Here and Hustle, the first two books in the Here in Lillyvale series. She tried to be a vegan and lasted two days. She tried to be a vegetarian and lasted a month. She was hungry all the time and the cooking was intense. She barely buys physical books and prefers to pass them on instead of keeping them. However, Addison’s library is kind of the dream? Jenny has been to New York once and liked it, but would never ever live there. Much to her husband’s protest, she will own a corgi one day and give it a food name. Jenny lives with her German shepherd not named after a food and her husband in a very real suburb of Sacramento, California. 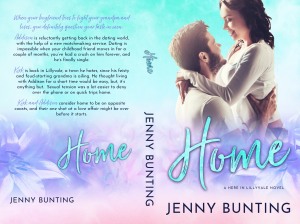