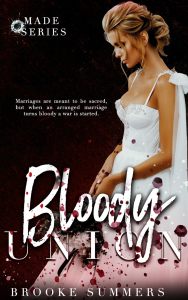 Marriages are meant to be sacred but when an arranged marriage turns bloody a war is started.
Makenna Gallagher’s life is anything but ordinary. After experiencing something traumatic her life changes and not for the better. When she meets the man that she is expected to marry she knows that keeping her secrets is only going to get harder.
When Dante Bianchi sees his wife-to-be, he’s surprised. She doesn’t look anything like the sweet and innocent fourteen year old who he had agreed to marry five years ago. He looks forward to making her his.
When their wedding ends in a gunfight, he’s surprised to see his wife handling a gun with ease and when he watches her kill a man he doesn’t know whether to be angry or turned on.
Every family has secrets, but Makenna is drowning in hers. Will she sink or swim when hers turn deadly? 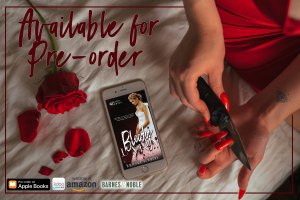 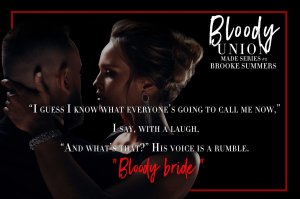 EXCERPT
I make my way out the back just in time to see my wife shooting a fucking Russian bastard. Why the hell has she got a gun in her hands? My rage starts to surface again, she’s already been hurt and now she’s just killed a man. Fuck.
“Kenna.” Her name is a growl from my lips.
Her back stiffens and she turns to glare at me, “You here to help?” Her Irish accent is thicker than I’ve heard it before.
My cock starts to stir again, her defiance shouldn’t be a turn on, but it is. “Sure,” I drawl and see her lips turn up before she quells her features.
“There’s six out front,” she tells me. “Fucking Finn told me to stay here while he took the men with him. Arsehole.” She shakes her head. “Fuck knows where they’ve gone. Thankfully, Romero isn’t stupid and had a gun.”
“Where did you get that one?” I ask her and I’m surprised I’m able to keep my tone even.
She raises her brow and shakes her head. “When Romero put a bullet into arsehole number one,” she points to the dead body on the floor beside her, “I picked his gun up and used it on arsehole number two and three. Now, I’ve answered your question and as you can see I’m not going to have a meltdown because I killed someone; wasn’t the first time and certainly won’t be the last. How about we cut the chit chat and get to the car before your brother bleeds to death?”
I bite back my chuckle, whereas Romero and Alessio don’t. Fuck, I should hate that she’s not the quiet, shy woman I had expected but I’m not, I’m glad. I don’t want a docile wife, I want someone who’s full of life and looking at Kenna that’s what I’ve got. “Let’s go.”
“Atta boy.” Kenna laughs and I shake my head, fuck, how can I want to laugh during a moment like this? “The black Rolls, that’s where we’re heading. Try not to get shot,” she tells me.
“Don’t worry, princess, I’ll be fine.”
She smirks at me, “Good, you have your husband duties to take care of tonight.”
Jesus! My cock twitches at the thought of being inside of her. “Oh, princess, nothing, and I mean nothing will stop me from fucking you tonight.”
Her pupils dilate, then she shakes her head and runs out the back door, firing her gun as she does.
“I’m going to kill her,” I grunt as I follow behind her. 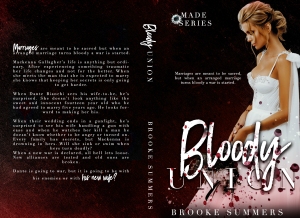 I’m Brooke, I’m a Londoner born and raised. I live with my fiancee and our daughter.
I’m a foul mouthed, dirty minded weirdo.
I’m an introvert who would rather spend the night in front of the fire reading than go out.
I write Dark Romance, Romantic Suspense, and Taboo. Basically everything I love thrown together.
I’m hoping you’ll join me on this wild ride I’m about to embark on. 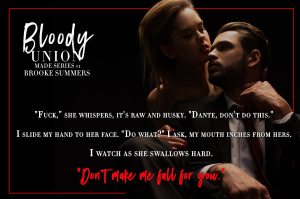