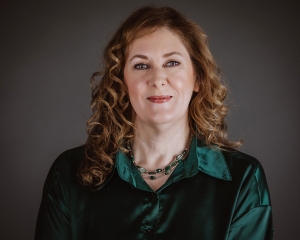 USA Today bestselling author Shanna Hatfield is a farm girl who loves to write. Her sweet historical and contemporary romances are filled with sarcasm, humor, hope, and hunky heroes.

A focused cowboy, a distracted executive, and a hilarious quest make for an unforgettable holiday . . . 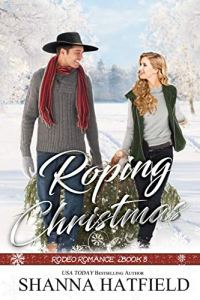 Wyatt Nash is a professional tie-down roper, a good ranch hand, and not too shabby when it comes to attracting women. But according to his five-year-old niece, he needs to work on both his roping skills and his dating game. His sister thinks he needs to settle down. And don’t get him started on the advice he gets from well-meaning friends. When his rodeo sponsor, billionaire Jon Sinclair, asks for his assistance in tutoring a clueless city girl about Sinclair Industries, Wyatt doesn’t feel like he can say no. Then he discovers he’ll be teaching none other than the one woman on the planet who wants nothing to do with him.
Ashley Jarrett would do almost anything to turn her small publicity firm into a huge success. When Jon Sinclair expresses interest in working with her, she readily agrees to his crazy idea to have her learn about his company through hands-on projects. Not only is she forced far outside her comfort zone, but the man documenting every bumbling misstep she takes is an infuriating cowboy she’s determined to ignore.
Packed with small-town charm and the wonder of falling in love, Roping Christmas is a sweet holiday romance sure to bring laughter and infuse hearts Christmas cheer.


Normally, Ashley could talk about her business for hours without coming up for air, but something about Wyatt left her so askew, she could hardly hold two thoughts together. As though an invisible magnet pulled them toward each other, their gazes collided, and they scooted closer.
Work-roughened fingers grazed across her cheek, and his eyes darkened until they were nearly black in the fading sunlight.
“You are extraordinarily lovely, Miss Jarrett,” he said in a husky tone that threatened to leave her too wobbly-kneed to walk back down the hill.
“You’re quite handsome yourself, Mr. Nash. I’m pleased we had this chance to meet.” Ashley slid a little closer to him and lowered her lashes, convinced he was about to kiss her.
Then, like being doused with a bucket of cold water, the reality of the situation splashed over her. Hastily, she moved away from him and snapped her shoulders back, giving him a guarded look. “In spite of this … um … interest between us, I’m not in a position to pursue a relationship with anyone. I have all I can handle with my career, and I have no intention of getting involved with one of Chase’s friends.”
“Well, I could say the same thing.” Wyatt looked away from her and released a sigh before he glanced back at her. “Glad we cleared that up. If you stop making moony eyes at me and trying to lead me astray, there won’t be any missteps on my part.”
“Moony eyes? Me?” she asked in a raised voice, affronted. “Lead you astray? Why, I … you … That’s a …”
“Uncle Wyatt?” Livy yelled as she ran up the hill. “Daddy said I should come find you. Are you with Princess Ashley?”

To view our blog schedule and follow along with this tour visit our
Official Event Page
a Rafflecopter giveaway https://widget-prime.rafflecopter.com/launch.js