Feared by most. Hated by others. Envied by none.
Always hunted, they live in the shadows.
Once powerful warriors, they are now the dregs.

In a city overrun by gang violence, can these former soldiers overcome their violent pasts, dispel the stigma surrounding them, and learn to fall in love? 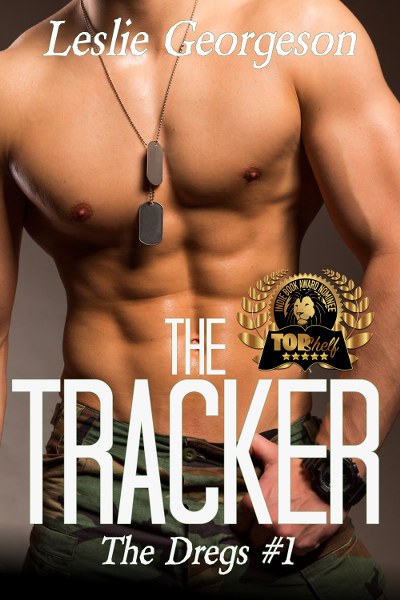 I’ve done despicable things. My soul is damaged. My body impaired. That’s what happens when you are a soldier for The Company. I was discharged a year ago. Now I am a dreg. Worthless. With a bounty on my head. I’ve become a creature of the night, hiding in an underground maze during the day. Because I’m not ready to die yet.

She comes to me one night, needing my help to find her sister. The moment I see her, I want her. Her goodness calls to me, makes me yearn for the impossible. She brings life back to the deadness inside me. I’m no good for her. I will do nothing but corrupt her. But I’m a callous bastard. I can’t resist her.

I try not to care for her, but somehow she slips under my skin. She makes me weak. And there is only one thing in this world I am afraid of. Weakness.

I’ll never be good enough for her, so I have to finish this job and send her on her way.

Before she destroys me. 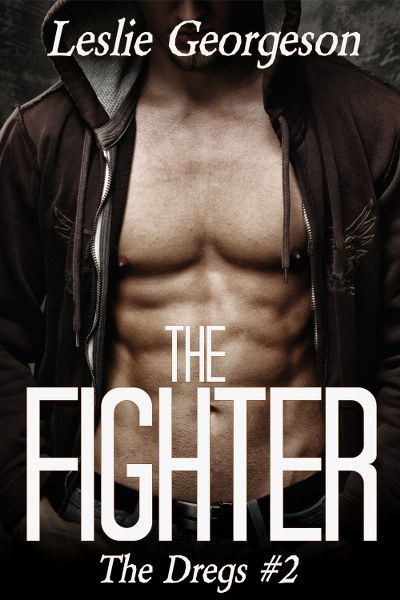 The Fighter
The Dregs Book 2

My dreg name is The Fighter. I’m an expert in mixed martial arts. I had to betray my dreg brothers to protect my child. I’m a traitor now. An outsider. So I keep my distance from them. Hiding in the shadows.

But I have more important things to worry about than trying to win back their trust. I have a five-year-old kid to take care of now. She scares the hell out of me. I don’t know the slightest thing about kids. I need a nanny to care for my daughter. So I place an ad and hope that someone will reply.
The woman who responds is not what I expect. She’s young and gorgeous and way out of my league.

But she’ll have to do, since I have no one else. I try not to want her. I try to keep my distance. But she is pure temptation. And I’m falling under her spell.

Because the truth could hurt her.

And so could I. 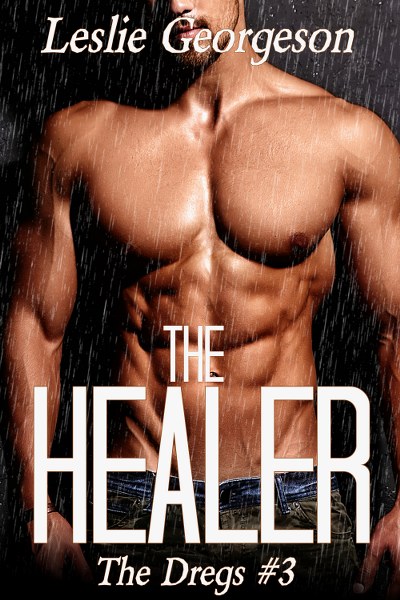 The Healer
The Dregs Book 3

Violence has been a part of my life since my early teens. But I’m a peacemaker at heart. I fix things. I heal the wounded.

Being a dreg means I’ve spent most of my life as a prisoner, a soldier for The Company doing despicable things. I can’t change the past or what I’ve done. But I can control who I am today.

I’ve always followed the rules. Always. Until the one time I didn’t.

I gave my phone number to a complete stranger. I broke a rule that would prove detrimental to my safety and the safety of my dreg brothers. I thought I was just helping a woman in need. I didn’t even consider the consequences of that action.

And now the dominoes are falling, one by one…

For her, I would break the rules. For her, I wanted to be a hero. To change the world. But being a hero comes at a cost.

Am I willing to risk it all for a woman who could ruin me and everything I believe in? 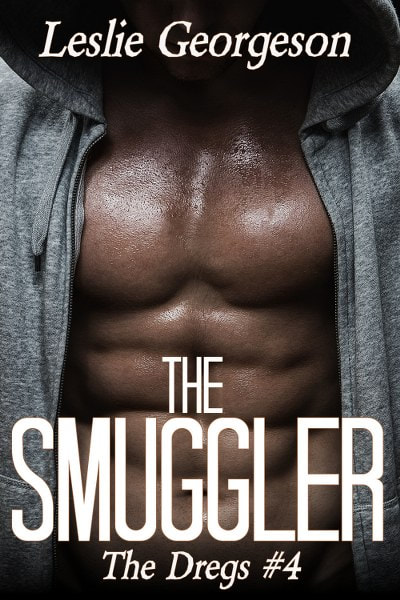 The Smuggler
The Dregs Book 4

As a soldier, that was the thing I dreaded most. Being discharged. War, fighting, and killing were my life. What I did best.

But now I’d been discharged. My physical injuries were minuscule. But my mental injuries were severe. PTSD. That’s what they said. I was messed up inside. Loco. So now I am a dreg. With nothing to do. No purpose in life. I will waste away like this. I need action. I need violence. I need war.

I find all of that when a gorgeous redhead tricks me. She’s a bounty hunter. How did I not see that one coming? Now I am a captive. Chained like a beast. I will escape. I will get revenge and make her pay. I will get the violence I crave.

Then she frees me. And the tables turn. Now I’m in charge. She’s my prisoner. I can’t lose this battle. I won’t let her win. Because losing means she’s taken something from me, something I don’t want to admit I even had to begin with. 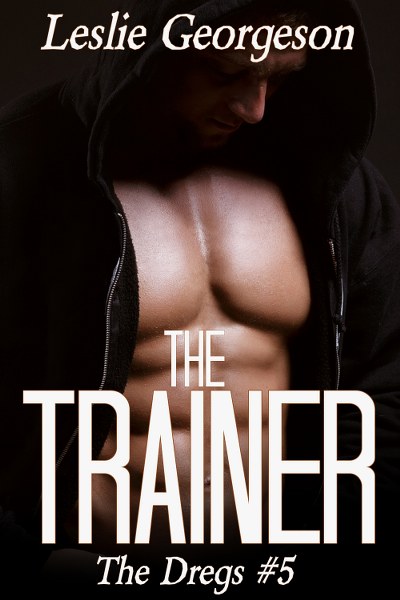 The Trainer
The Dregs Book 5

Language is my passion. I excel in linguistics. I can “train” myself to learn any language on the planet. In minutes. Or less. You won’t get anything past me, no matter what language you’re speaking.

Being a dreg means I have a bounty on my head, so I conduct all my business under cover of darkness. One night I return from fueling up my truck to find an Asian beauty hiding in the bed. One look into her stunning, almond-shaped eyes, her exquisitely exotic features, and I’m a goner. I will do anything for this woman.

Then I discover her daddy is the leader of one of the most powerful gangs in Augusta—the Black Dragons. Is she really as innocent as she seems? Or have I been set up?

Now I’m a target. I’ve intercepted a major deal. Her daddy is furious and wants her back. The gangs are coming for her.

But they’ll have to get through me first. Because now that I’ve found her, I’m not giving her up. 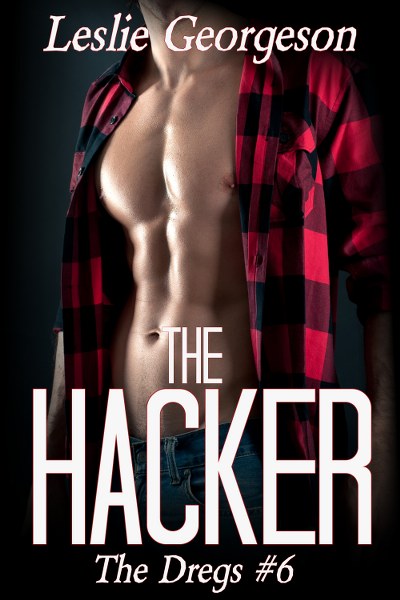 The Hacker
The Dregs Book 6

My dreg name is The Hacker. I can get past any firewall, decrypt any document, hack into any electronic device. No matter your secrets, I will find them. Nothing is safe from me. There is no other hacker in the world with my unique abilities.

So when I discover someone is researching me, I take notice.

Senator Collins’ daughter is on to me. She’s an investigative reporter on the hunt for the truth surrounding her father’s death. She knows I was somehow involved. She’s threatening to find me. To make me suffer. She won’t stop until she gets her story. So I egg her on, daring her to find me.

She takes the bait.

Now I have a choice to make. I can scare her so badly that she gives up her investigation and stops looking into her father’s death.

Or I can share the truth. About her father. About The Company. About the dregs. About everything.
But if I let her into my life, into my heart—if I trust her—she could destroy me so easily. She could ruin us all.

How far will she go to get her story? And how much am I willing to reveal for an elusive chance at love? 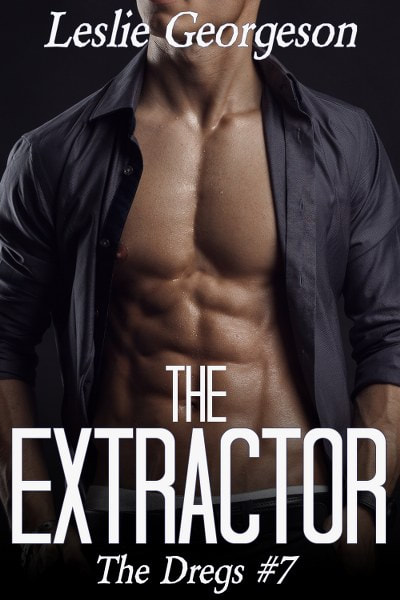 The Extractor
The Dregs Book 7

I’m a player. A ladies’ man. Seduction is my specialty. Luring women into my bed is easy peasy. None of them can resist me. It’s not their fault. I am irresistible. They all want me. Every last one of them.

Until I meet Liz.

I made a life-changing decision the day I took a detour to visit my mother. A decision that not only put Mom in danger, but Liz as well. You see, Liz works for my mom, and I have to go through Liz to get to my mother. The thing is, I find myself drawn to Liz. Even though she’s not my type. She’s different than the others. Her quiet beauty and inner strength call to me.

But Liz doesn’t want me back. She despises me on sight. My charm won’t work on her. My good looks don’t seduce her. She’s immune to me.

And I can’t stand it. Why won’t she give me a chance? How can she judge me without even knowing me? So I try a different tactic. Just friends.

It throws her off and now she’s falling right into my carefully laid trap. She’s letting down her guard, little by little. Except, I’m the one who gets snared. I’m the one who falls.

Now I have to figure out how to show her that I can be a one-woman man, and she’s the only one I want.

But I soon have a much bigger problem than winning Liz over.

A cunning mastermind who will stop at nothing to see me dead—and steal my girl. 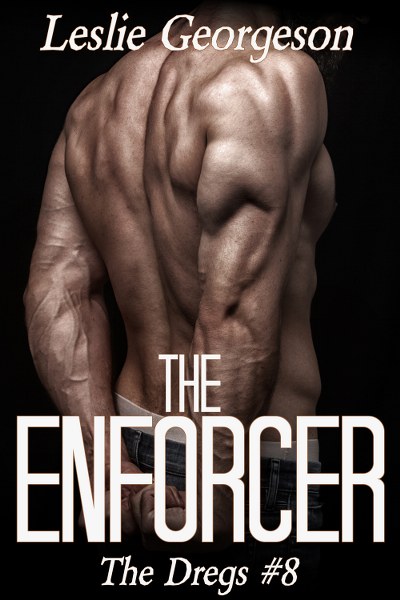 The Enforcer
The Dregs Book 8

Those are words I never thought I would associate with myself.

But that was before The Controller got a hold of me.

Now I’m a mere shell of the man I once was. I’m fighting an uphill battle, desperately trying to recover from The Controller’s pull over me. Trying to heal.

It’s been four months since the dregs all moved to Idaho. My dreg brothers all have normal lives now. Women who love them. Families. A purpose.

Not me. I’m more alone now than I’ve ever been. I ignore everyone’s text messages and their phone calls. I stay hidden from the world, living in a small cabin back in the woods. I don’t want them to see me this way.

One night, the loneliness finally gets to be too much. I crave a woman’s warm body and a physical release to help me cope. So I head out in search of a willing female who might keep me company for a few hours.

The gorgeous and sexy bartender at the Northern Pike is just what I need. I have no way of knowing that she will bring nothing but danger and upheaval into my life. That she will turn my world completely upside down. Or that she might be the only thing that can heal me.

But by the time I figure all of that out, it’s too late.

The Controller is back.

And this time, he has no intention of letting me go. 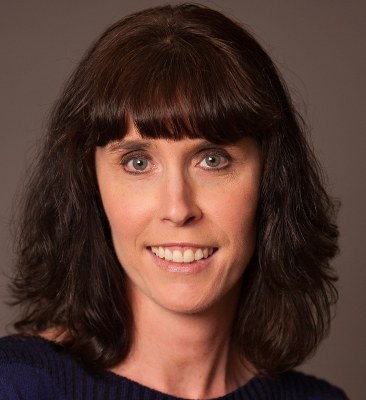 Leslie Georgeson writes a blend of romance and suspense, sometimes tossing in a dash of sci-fi or paranormal to make things more interesting. From genetically-altered super soldiers (The Dregs) to deceptive, daredevil rescuers (The Pact), her stories are laced with danger, action, and plenty of steam. Music and the mafia combine in her newly released romantic suspense series, Something Real. Book one, FREAK, is now available at all retailers. Look for the next book, SNITCH, in the spring of 2021.

Leslie is an avid reader, a nature and animal lover, a plant enthusiast, and enjoys spending time with her amazing family. She lives with her husband of 25+ years and her teenage daughter on a quiet country acreage in Idaho.