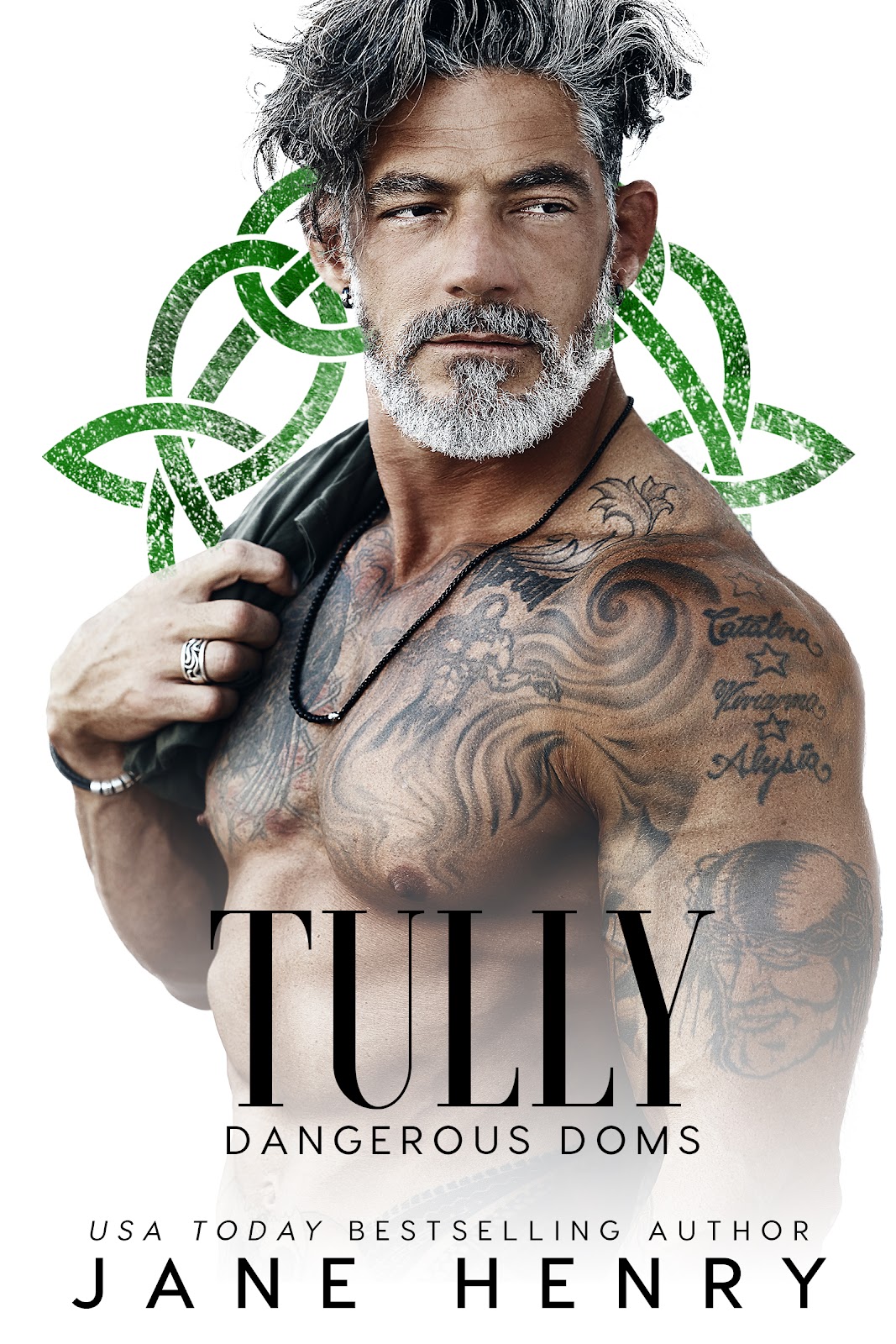 Don’t let her mousy appearance fool you…
McKenna Byrne is fire.
Hot tempered.
Passionate.
All-consuming.
She seared my soul from our very first kiss.
Once, she wanted a chance at independence.
A life away from the Clan.
Then danger threw us back together,
and when McKenna and I collide…
We ignite.
Now I’m forced to claim her.
To make her a full-fledged woman of the Clan.
She might fight me tooth and nail, but we both love a challenge.
This time, there’ll be no escape for either of us.
This time, we’ll burn.

My voice booms over the noise of the crowd and speakers.

She freezes, turns, and looks over her shoulder at me.

God, that voice, so soft and sweet. You wouldn’t know the temper the lass has by those doe eyes she’s giving me now.

I snap my fingers and point. “Room two.” I’ve booked it for the night and prepared it.

She swallows hard. Her eyes narrow, fire lit behind them. She purses her lips and crosses her arms, her full breasts like little mountains. I want to bite them, to lick her nipples, to weigh them in my hand and work magic until she’s keening with pleasure and begging for release.

My chest tightens. “No?”

She blinks, as if she’s on the brink of losing her resolve. Her eyes dart to the left and right. We have a small audience.

“You’ll have to make me,” she says, that fire in her eyes stoking a fire of my own.

Christ, if she doesn’t know exactly how to play me.

I stalk toward her, and she turns to run, but just as she does a large passel of people passes in front of her. She dodges left, then right, but can’t get away. I close the distance in seconds, scoop her straight up in the air, and toss her over my shoulder. She squeals when I clap my palm on her arse, the satisfying smack resounding in the air around us like the boom of a pistol. My dick hardens.

She screams and kicks, but no one even looks our way. They know who I am, and she hasn’t called the club safe word.

Christ, how I’ve missed her. We’re fire and ice, McKenna and me, and we push each other away with finality, only to ignite when we reunite. But not again. I’m done playing games.

This time, the lass isn’t getting away from me.

“Put me down!” she shrieks, smacking at my back, but I only walk with greater determination toward the room I’ve prepared. This little girl is in a world of trouble.

“Tully! Tully! Put me down!” she hollers, which earns her another hard slap of my palm.

“Now, now, lass,” I say, shaking my head as I kick the door open. “You’ve already earned a punishment for showing up late. Do you really want to compound that interest?”

“Fuck you!” she bellows.

I shake my head with mock regret. “Now that will earn you more as well.”

I kick the door shut behind me, still holding her over my shoulder. She’s so much smaller, that even as she fights me, it’s easy enough to grab her wrists and secure them in the restraints I’ve prepared.

First the left. The satin tie tightens as her struggle begins to slow, and my cock strains in my trousers.

In half a minute I’ve got her bared and stripped, kneeling on the bed with her arms restrained on a post in front of her, one wrist atop the other.

“There,” I say, tossing the box of Cubans on the table and taking one out. “You can think about the punishment you’ve earned while I prepare.”

I tug a stool out from the corner of the room, and sit across from her so I can take her in. I cross one ankle over my lap, cut the cigar, and light it.

“You can’t smoke in here,” she says, her brows furrowed together.

“Says who?” I can do whatever the fuck I want.

She frowns, at a loss for an answer. “I thought people vaped these days.”

I chuckle. “Vaping’s for pussies.”

“You think damn near everything’s for pussies.”

A ring of smoke rises into the air, and her gorgeous eyes follow it. She pulls against her restraints and sighs, as I take her in.

Her mousy brown hair’s tucked into a bun, her glasses perched on her nose, magnifying intelligent eyes so blue they’re nearly violet. Her pretty, full lips are pursed, and her dainty little chin juts out. She’s got a smattering of freckles I want to kiss, gently arched brows, and the cutest damn forehead that’s currently creased.

Her shoulders slope downward to the curve of her arms, secured above her head. She’s petite but solid, her body tight and fit. From here I can see the tapered waist and swell of her full arse, the gentle curves of her thighs.

Christ, but I’ve missed her. 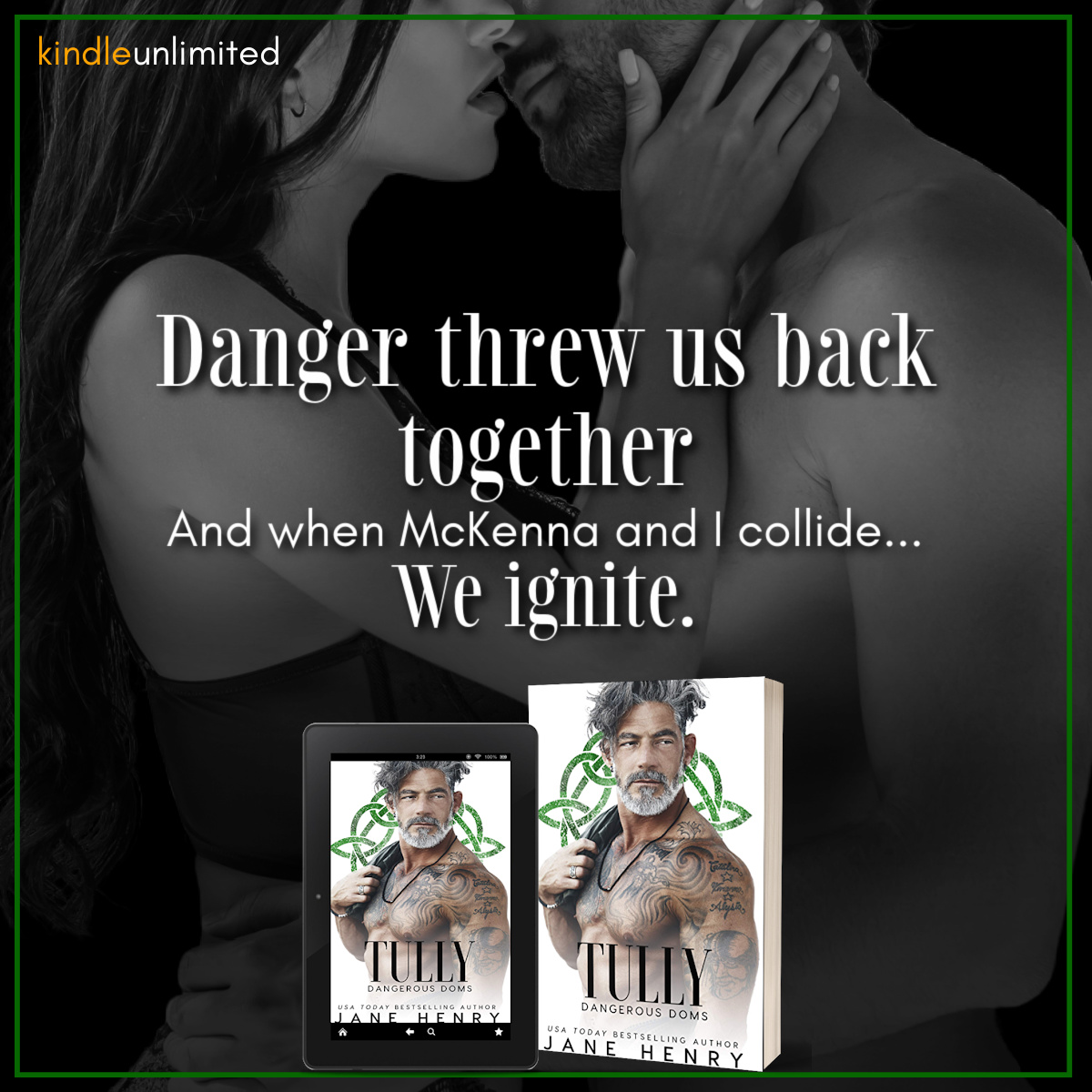