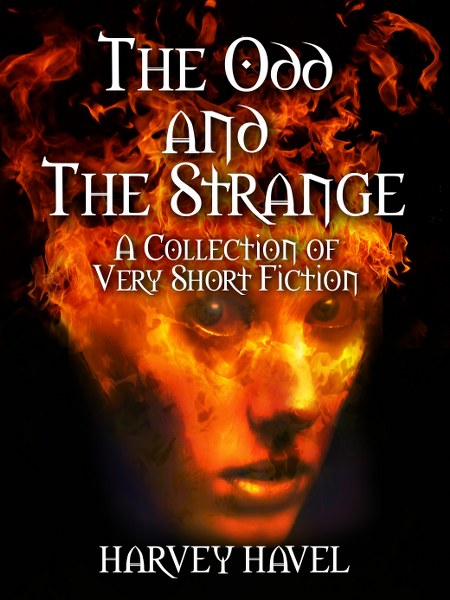 The Odd and the Strange:
A Collection of Very Short Fiction
by Harvey Havel
Genre: Horror, Sci-Fi, Surrealist, Fabulist

A Collection of Very Short Fiction from a variety of genres, including but not limited to horror, science fiction, politics, and the surreal. These celebrated very short stories have been collected over a number of years and have been published in a variety of online e-zines and posted on various websites.
THE ODD AND THE STRANGE by Harvey Havel is a collection of urban tales that toe the line of reality.
The subtitle of Harvey Havel’s THE ODD AND THE STRANGE is A Collection of Very Short Fiction. A better one would be A Very Long Book of Normal-Sized Short Fiction. There are 89 stories in all, most 5-10 pages long (though a few stretch to nearly twenty), with unassuming titles like “Visitation,” “Girlfriend,” and “Daughter.” Though set in the real world, the stories tease reality with nameless characters–the candidate, the doctor, the Big Man–and fantastical occurrences, similar to the parables of Jorge Luis Borges (Argentine short-story writer, essayist, poet and translator, and a key figure in Spanish language literature).
Being a librarian, I was eager to read the story “The Librarian.” A young male librarian–unnamed, naturally–looks into a mirror in his office and sees not his reflection but a woman with “walnut hair luxuriously long and her skin as supple as a young girl’s.” He has seen her many times, and though the two cannot touch, they can talk. What do they talk about? The books he steals from the library and passes into the mirror for her to read. Eventually, his boss confronts the librarian over the missing books only to be told that the latter he gave them to his mirror-world girlfriend. To prove this claim, the librarian tries to summon the woman, and when she doesn’t appear, the librarian smashes the mirror. You can imagine the rest.
Some stories are less Borges and more Stephen Crane (author of The Red Badge of Courage): bleak, violent. Like “Lightning Love,” narrated by a wife whose husband changes into . . . something (the twist at the end is brilliant). Others are political fables, like “Santa Claus and Madam Secretary,” which makes Havel’s proclivities as clear as the image on a 98-inch TV. His style can be clunky–one woman’s breasts are described as “shaped like a queen’s”–and some endings are telegraphed. A few stories, like “Sex Toy,” are more like story fragments. Yet THE ODD AND THE STRANGE is quite an accomplishment: unusual, provocative, and honest.
Mixing the fabulism of Jorge Luis Borges with the bleakness of Stephen Crane, the tales contained in Harvey Havel’s THE ODD AND THE STRANGE draw the reader into a world they won’t soon forget.
~Anthony Aycock for IndieReader
**Get this book at 50% off at Smashwords and check out Harvey’s other books
– a lot of them are FREE or on sale at Smashwords too!**
Add to Goodreads
Amazon * Apple * B&N * Google * Kobo * Smashwords 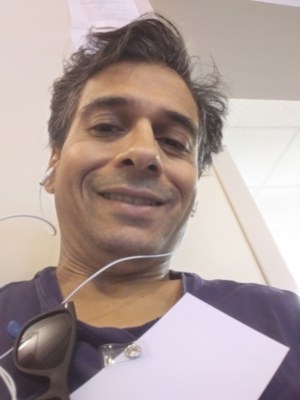 Harvey Havel is a short-story writer and novelist.
His first novel, Noble McCloud, A Novel, was published in November of 1999. His second novel, The Imam, A Novel, was published in 2000.
Over the years of being a professional writer, Havel published his third novel, Freedom of Association. He worked on several other books and published his eighth novel, Charlie Zero’s Last-Ditch Attempt, and his ninth, The Orphan of Mecca, Book One, which was released several years ago. A full trilogy of this work had been completed a few years after Mr. Big is about a Black-American football player who deals with injury and institutionalized racism. This book was published in 2017. It’s his fifteenth book.
The Wild Gypsy of Arbor Hill is his sixteenth book, and his seventeenth is a non-fiction political essay about America’s current political crisis, written in 2019. He has just now published his eighteenth book, The Odd and The Strange: A Collection of Very Short Fiction.
Havel is formerly a writing instructor at Bergen Community College in Paramus, New Jersey. He also taught writing and literature at the College of St. Rose in Albany as well as SUNY Albany.
Facebook * Bookbub * Amazon * Goodreads

Follow the tour HERE for special content and a giveaway!
$15 Amazon giftcard,
ebook of choice from author
– 1 winner each!
a Rafflecopter giveaway