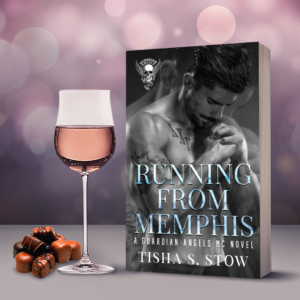 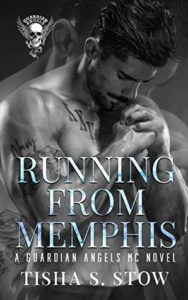 Navy has felt misunderstood and alone her entire life, with the exception of the demons she fights daily inside of her mind. Marrying a man she thought she knew only ended up in her fighting more than just her demons. As if the hell in her life isn’t enough, the one and only thing in her life that’s good, her five year old son Liam is diagnosed with cancer, crushing what’s left of her fragile heart.

Memphis knows that the MC life isn’t for everyone, but he loves it. This is his family now, being as his blood family was taken from him and his teenage sister one horrific night. A home invasion that left a bloody mess, one he will never forget, turning his world upside-down. Being hell bent on revenge and out of control led him to his position as the Sergeant at Arms for the Guardian Angels. Neither want a relationship, maybe just a little fun. So, what happens when fate has other plans? Maybe the fun has just begun. Will Memphis get use to the saucy mouthed, unstable creature that is Navy? How does Navy feel about being brought back into the biker world, when she knows the pain that world can bring? 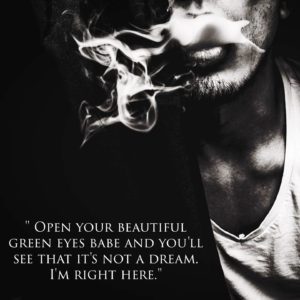 Tisha grew up in the small town of Gillsville, Ga. She’s a huge introvert, most would say all four categories. Always had a passion for writing, mostly poetry throughout her younger years. Writing her first poem in the second grade, and even at that age she was socially awkward and embarrassed to be noticed or acknowledged. She started reading and writing more as she reached her late twenties and now it has become a huge part of her life. Her heart though belongs to her two year old son, Declan. A miracle in her life that she was told she would never have. She is an only child who loves her mother and father dearly. She has two more very special people in her life as well. Sudie and Sarah read everything she writes and give her the honest feedback she needs. They motivate her and push her to be a better version of herself even when her depression is at it’s worst. She fights her demons daily, but refuses to give up.

← Sinners and Saints
City of Sin by W.J Saunders →