Valentine’s Day isn’t all about chocolates and roses…this year, it’s deadly. These stories are set around the most romantic day of the year, with characters who might just have to fight for their lives as well as their loves. 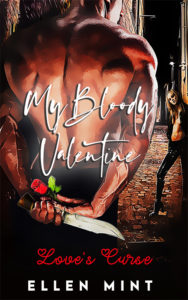 Love can never die. Emma intends to spend another Valentine’s Day with the dead Egyptian princess she’s studying, but her world of museums and mummies is hurled into chaos by the arrival of a man, one who looks like if sex was a librarian. Tarek is fascinated with Emma’s research into the famous heartbroken princess mummy…and she wishes he’d be fascinated with her too. When her hand touches his, a curse millennia in the making unfolds, and the heartbroken princess rises from her tomb. In this heart-racing story of love, betrayal and death, two people find themselves trying to defy history and come together…with the help of a goddess of love. Can their love defy death itself? CONTEMPORARY, EROTIC ROMANCE, THRILLERS AND SUSPENSE, VALENTINES 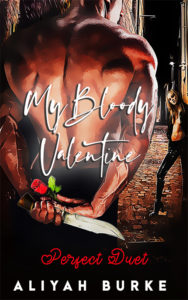 When a vacation becomes running for your life, will you trust the one forced to be at your side? It was supposed to be a vacation… SWAT officer Xahara Asher is on vacation, meeting her cousins for some downtime. Taken captive during a heist, she is prompted to work with her kidnapper just to stay alive. Deep undercover, Jager Cline is faced with making the ultimate decision—let an innocent get hurt or protect her by forcing her along as his hostage. Unbeknownst to him, she’s far more capable than he initially assumes. Tossed into tight quarters, things heat up rapidly between them. When it all goes down and the smoke clears, who will still be standing? Reader advisory: This book contains scenes of violence, kidnapping, and references to off-page murder. CONTEMPORARY, EROTIC ROMANCE,THRILLERS AND SUSPENSE,VALENTINES

Get them on First For Romance 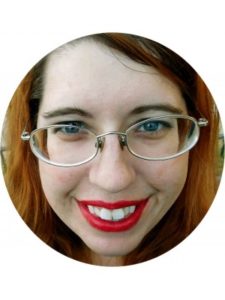 Ellen Mint adores the adorkable heroes who charm with their shy smiles and heroines that pack a punch. She recently won the Top Ten Handmaid’s Challenge on Wattpad where hers was chosen by Margaret Atwood. Her books, Undercover Siren and Fever are available at Amazon as well as a short story in the Lucky Between The Sheets anthology. Married, she lives in Nebraska with her dog named after Granny Weatherwax. Her hobbies include gaming, painting, and halloween prop making. The basement is full of skeletons because they ran out of room in the closets. You can find Ellen at her website here and also on Bookbub.

Aliyah Burke is an avid reader and is never far from pen and paper (or the computer). She is happily married to a career military man. They are owned by six Borzoi. She spends her days at the day job, writing, and working with her dogs. She loves to hear from her readers and can be reached here. She can also be found on Facebook or Twitter: @AliyahBurke96. And Pinterest. If you would like to be kept abreast of what’s going on in the world of Aliyah, you can sign up to her newsletter here.