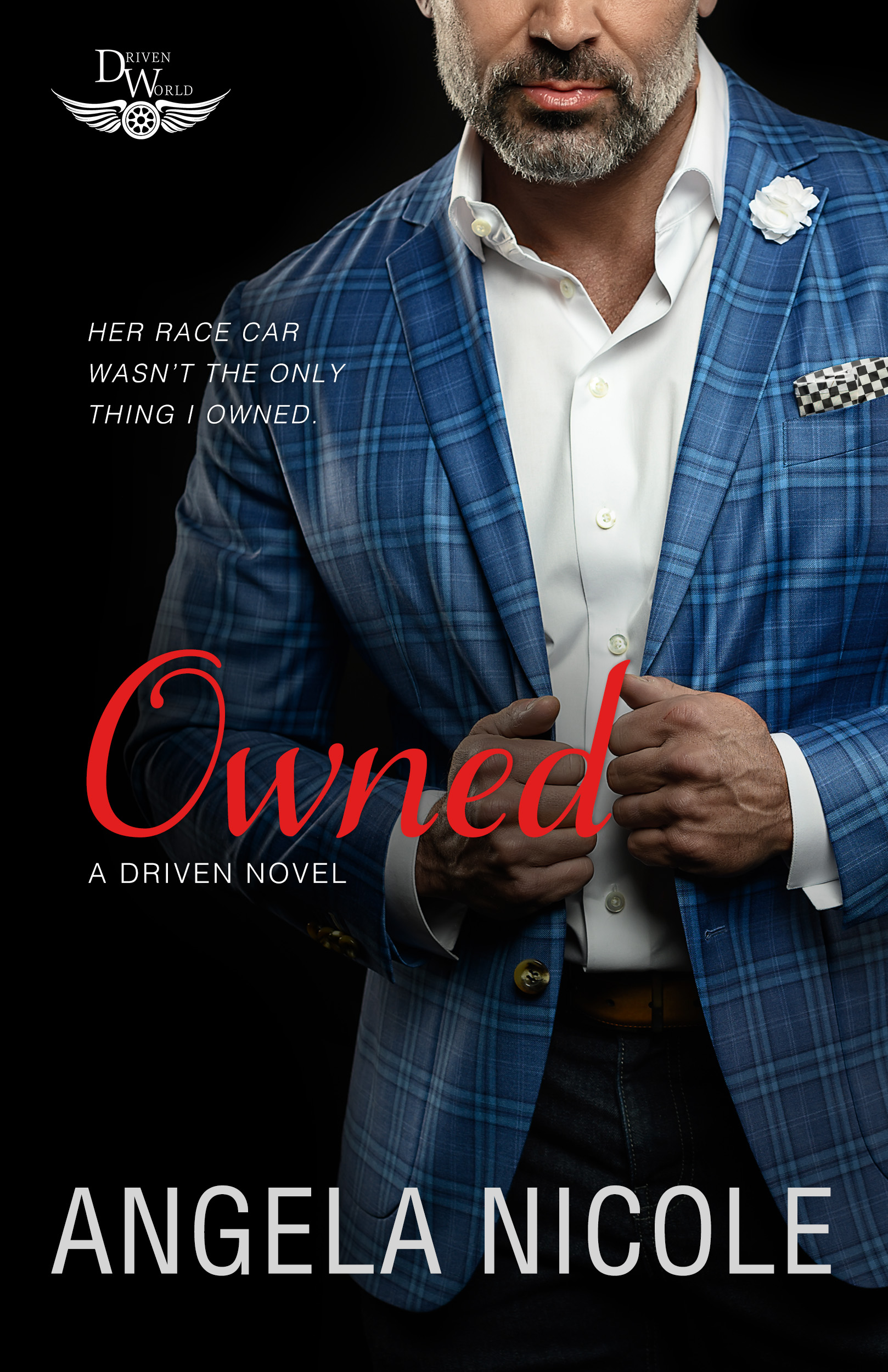 Driven to carry on her father’s legacy, Kathy Jo (KJ) Lennon is one of the few female drivers in the Indy circuit. A wild-child at heart, her reckless and out of control style is well known on and off the track. But when a sudden change in team ownership occurs, KJ finds herself steering around an obstacle she never faced before… an undeniable attraction that could cost her everything.

Wealthy silver fox, Declan O’Donohue, gets what he wants. Yet he got far more than he bargained for when he took over the racing team ownership. One look at KJ and he wants to own more than just her car. Being a shrewd businessman, he knows acting on his desires could come with a high price. One that could accelerate them into a scandal that could leave the entire team skidding out of control.

Crossing the finish line with that checkered flag is a top priority for both KJ and Declan. Can they find a way to steer into a future together? Or is there room for only one in the winner’s circle?

Angela Nicole resides in Upstate NY with her husband, William. With two graduate degrees in both education and business, Angela spent the last 23 years working in higher education. Wondering what to do with all of the conversations that were going on in her head, she put pen to paper and fingers to keyboard and wrote. Writing is quite a change but a change that she loves. As an avid reader, Angela fell in love with romance novels that feature alpha men with hearts of gold. If you love them as much as she does, check out her books.