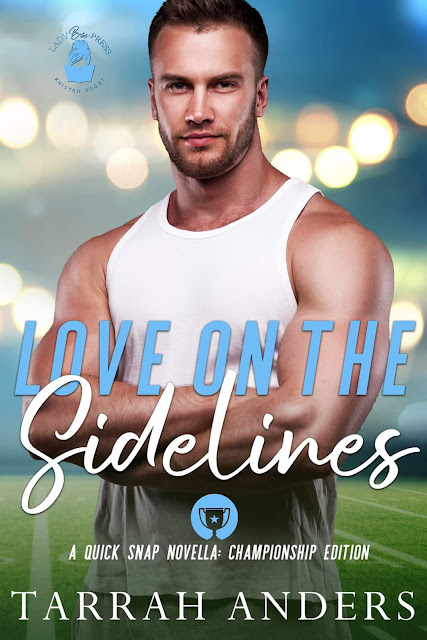 Tarrah Anders’s Love on the Sides is a hot, steamy and heartfelt sports romance written in part of Kristen Proby’s With Me in Seattle Universe.
“I’m Mila Rossi and this is Sideline Sports.”
I’ve worked hard to make a name for myself as more than just the pretty girl on the sidelines doing bits to keep the audience entertained. I earned my spot as a Sideline Sports anchor. I made sure nobody can claim nepotism because I’ve told no one that Randall Harris, the star Quarterback of Los Angeles’s Football team, is my big brother.
I wanted to succeed on my own merits and thanks to my hard work over the past year, I’ve not only snagged a trip to the Super Bowl, but exclusive interviews with each playing team. Finally, all my dreams are coming true.
“The guys call me Coach Wilkens, but you can just call me Toph.”
As Seattle’s Offensive Line Coach, I’m thrilled that our club is playing in the biggest game of the year and that we have a chance to take home the trophy. That should be enough to keep my mind on the job at hand, but when I find out a perky little sports anchor will be spending two weeks with my team during that time, I can’t help but worry. I’m divorced, not dead, and she’s not just gorgeous, but also whip smart and knowledgeable about the game. She’s the total package and a total distraction.
This is the biggest game of my career. It could make or break me. So imagine my surprise when I realize, so could she. I’ve always been able to separate the personal from the professional.
Until now. 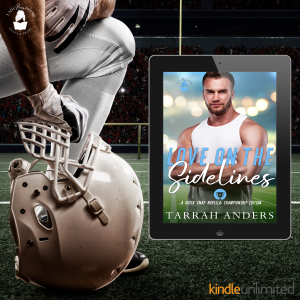 I am a contemporary romance author who is all about the feels, with the twists of sexy mixed in between. I have been writing since before I can remember. Writing has always been a passion, that was kept it under wraps, stayed on the back-burner and never vocalized or followed through with my desire to be a writer, until I read a horrible book and thought: ‘I could do better than that!’
I am originally from the San Francisco Bay Area, but living in beautiful San Diego with my little family while working during the day as a social worker working with the homeless.
My writing style is that I try to write realistic characters and situations. I want my books to be relatable and not to create too many eye rolls.
Thematically, the novels are friends to lovers, random hook-ups and office romances mixed with a whole lot of fun in the middle.