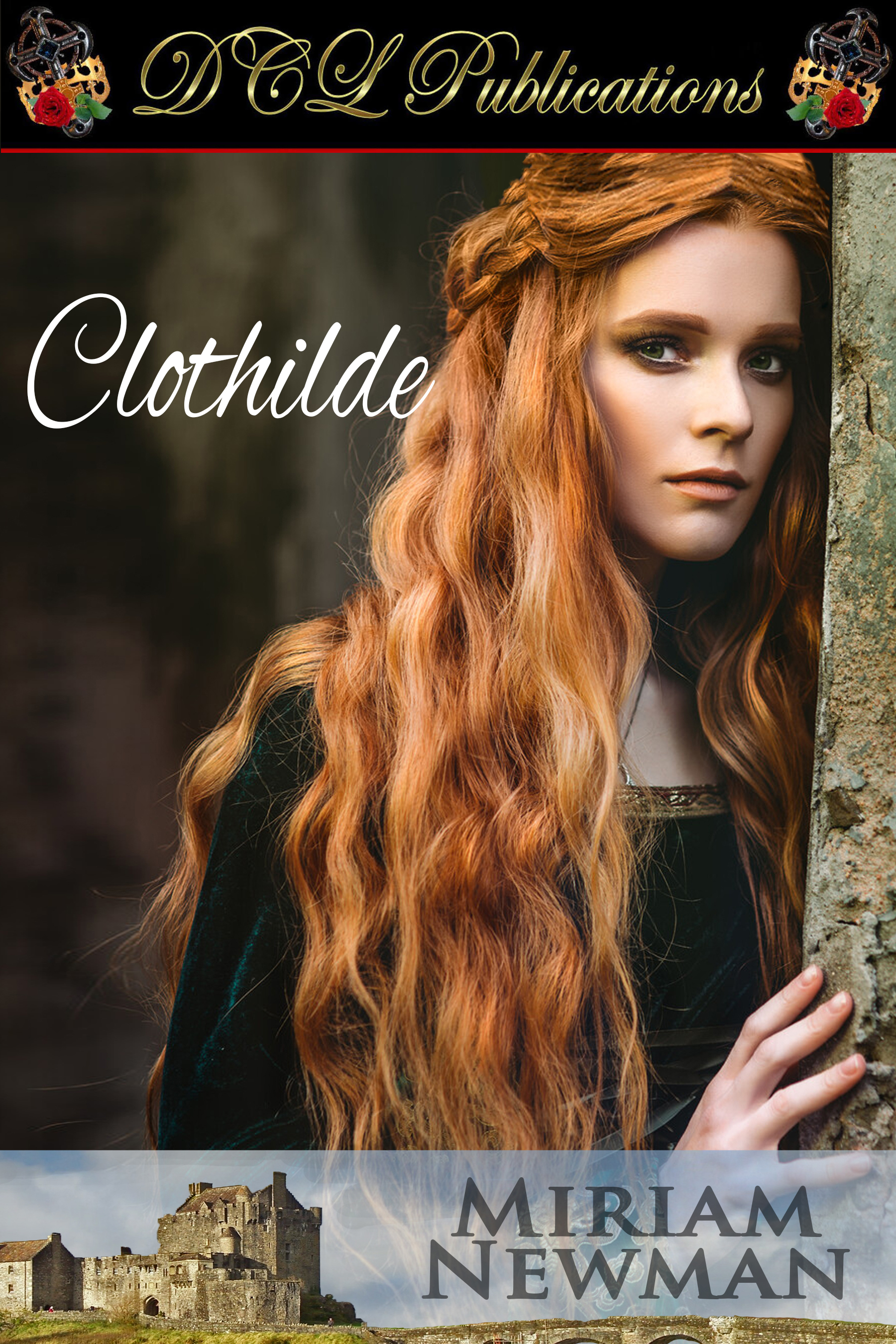 Book 3 in The Comet Trilogy

Daughter of Norman aristocrats, Clothilde du Flaumier is hopelessly in love with the illegitimate son of a nobleman. Her father will never countenance their marriage, nor does the object of her affections want one. But who else is there for such a stubborn, reckless girl? 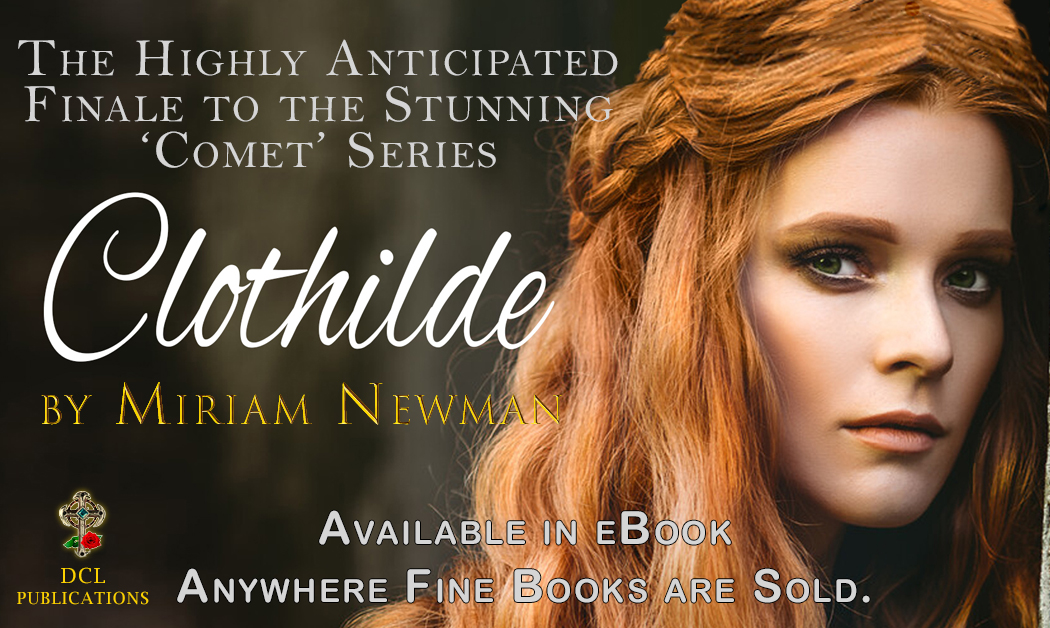 She was pointing at her nemesis, thirsting to see him extinguished before her eyes. God would have to forgive her later. Guie’s horse, trained to a fine art, jumped a prone body on the ground—Dain—and landed at a full stop just ahead of the fleeing kidnapper, allowing Guie to land on the backstroke. It was over in seconds. She heard his sword in the air, the thud as it met flesh, and then she didn’t want to see any more.

The others were running for their lives, but the second knight rode them down like chasing mice, leaning from his horse at a full gallop, hewing them down. Within moments, justice had been administered. Nothing but dead bodies lay in the road except for Clothilde and Dain.

Clothilde lay retching and heaving in the dust, gasping for air. She saw a horse’s forefeet in front of her, then felt hands on her shoulders. Her sister’s husband jerked her to her feet in a single motion and then had to hold her up.

“Are you hurt?” he asked, one mailed arm around her like iron. “Clothilde, are you hurt?”

She shook her head. “Just winded.” She spared a glance for Dain, who was still sprawled at the roadside with the second knight simply standing in front of him, dismounted. But he had left him his head.

“What the fuck is this?” Guie demanded furiously.

“I…went over the cliffs,” Clothilde gasped. “He found me. He was bringing me home.”

“He took me to his home first. They took care of me. Please, Guie, don’t kill him.”

“That is not a likely story,” the second knight put in. She glanced up at him long enough to know she didn’t know him. He was young, dark haired, with piercing blue eyes, and speaking with assurance. “I found where you went down and it was right on your own land. You didn’t fall, you were taken down. Then this turd grabbed you for a little ransom, which now is a reward, so he was returning you. Isn’t that the way it went?”

She saw Dain watching, not trying to defend himself. There was no point. They were aristocrats, he was a peasant. They would do with him as they wished, law or no law. But he knew now she was no lady’s maid.

“You’ve taken Lord Hugo’s daughter, you idiot.” The unknown knight spat into the bushes—more disgust than dust. By her count, he had killed three men in mere seconds and his attitude clearly conveyed he wouldn’t mind one more.

“Please don’t kill him, he doesn’t deserve it,” Clothilde begged.

“That will be for Hugo to judge.” Guie was steadying her on her feet, but she could tell he was still furious. Well, let her father judge, then. There were no witnesses left alive. They were lying in bloodied heaps on the road. She turned aside, retching.

“He will not be back for some time,” Guie said when she had finished. “Harold is defeated but they are harrying his remnant to the north. I’ve come back for Cecile’s confinement, no more, then I must return. But you…”

He looked at her with a dire shake of the head.

“All I did was to go fishing,” Clothilde protested.

“Alone. On an unguarded beach with everyone gone to war. Tilde, I do not know what to do with you.” He looked over at the second knight. “Estman, are you not in need of a wife?” 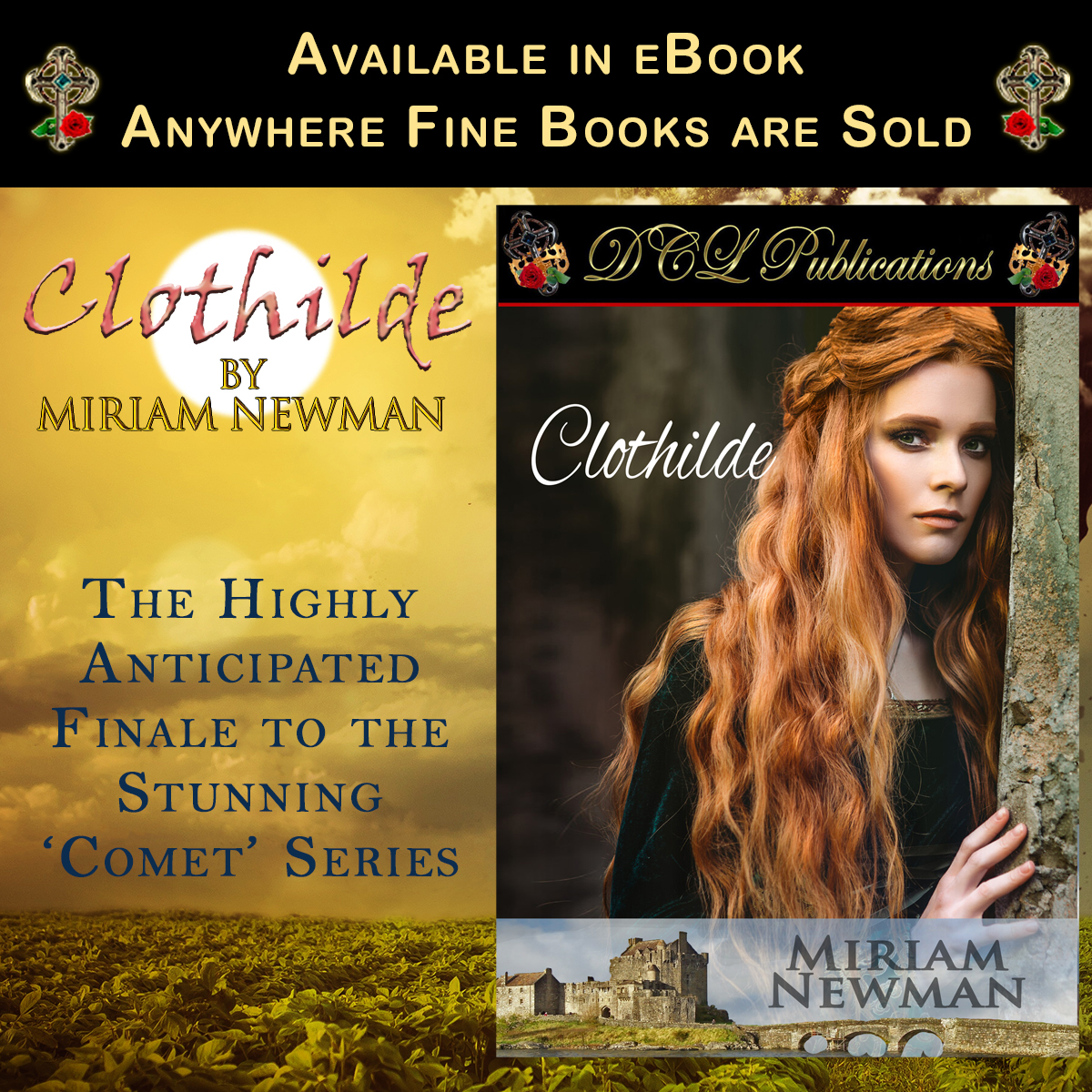 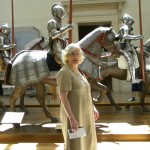 Hailing from Pennsylvania, Miriam Newman has developed a prolific writing career that began in her twenties, although she published her very first novel some time later in 2009. She was published in poetry before catching the romance writing bug. Fantasy poetry driven by myths and legends has been her passion for as long as she can remember and she brings that background to her writing, along with a lifelong addiction to horses, an 18 year career in various areas of psychiatric social services, and many trips to Ireland, where she nurtures her muse. Her published works range from contemporary fantasy romance to fantasy historical, futuristic, science fiction and historical romance. It was in Ireland that she wrote The King’s Daughter. Ireland is her favorite place in this world. “I connect there with something I can’t even explain,” she says fondly.

Miriam spent many years working in Social Services, and after retirement, she found herself working part-time in local government. Currently, she lives in rural Pennsylvania with a “motley crew” of rescue animals. Her passion for animal rescue and fostering has included a number of fur babies, from horses to dogs to a pig that appeared on her porch one morning. Also a lover of great books, the one that she finds most responsible for her venture into fantasy and recommends is The Once and Future King by T.H. White.

Fans of Ms. Newman can follow her online at the following locations: