Billie tried to make a small town life as a doctor’s fiancée work for her, but the dream of trading in Kentucky for the glitz and glamor of LA and selling her screenplays was too strong to fight. Unfortunately, the devil hides behind every corner in the City of Angels and she finds nothing but cockroach infested hotel rooms and broken dreams. Everything changes when she meets an enigmatic and illustrious fellow writer named Kit. Struck with attraction and intrigue, Billie begins to question not only her dedication to her past life, but also her own sexuality. Kit comes with amazing connections and Billie’s work is getting more recognition than ever, until a powerful studio executive sets his sights on more than just her screenplays. His infatuation could cost Billie her career and, maybe, one of them their lives. 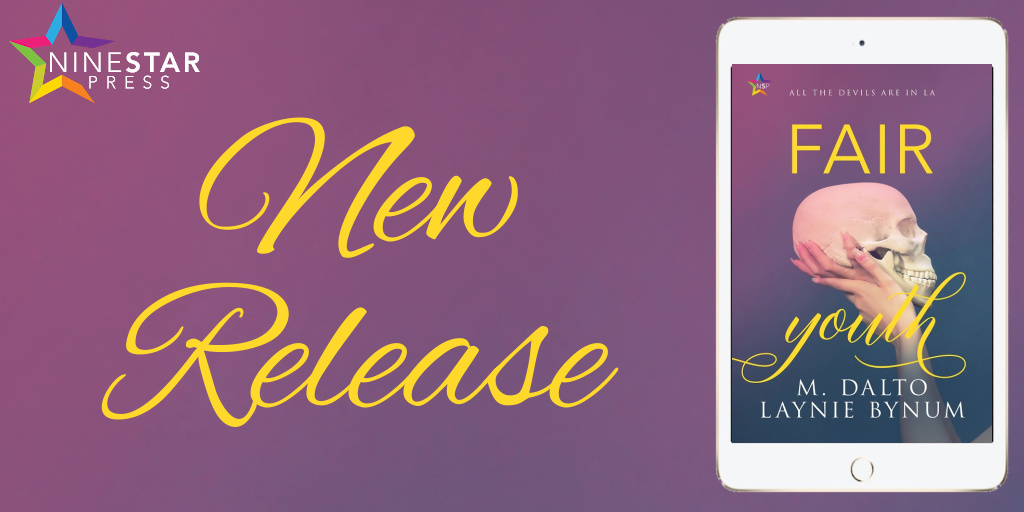 M. and Laynie have written both separately and together, and have hit Amazon bestseller rank both ways. M.’s work includes The Empire Series (Two Thousand Years, Mark of the Empress, and the accompanying novellas) published by Parliament House Press, and Cut to the Bone, set to be published by Filles Vertes Publishing in 2021. Laynie’s debut novel, Adeline’s Aria, was published in January with Fire and Ice YA. Together they have published Faust University, included in the Academy of Magic box set by Enchanted Quill Press and Escaping the Grey in the Prison of Supernatural Magic box set. When writing together they combine their strengths to create unique queer characters with sass and backbone in both the contemporary romance and romantic fantasy genres.