Brant Harkrader is done living by other peoples’ rules. He may not know exactly what he wants out of life, but he’s perfectly happy letting that question figure itself out while starting a new job as a tour guide.

Too bad the one thing he does want—his sister’s BFF—only sees him as a little brother.

Or so he thinks…

Kellan Shelby-Briggs has never shied away from going after what he wants. And what he wants is the important contract that will put his brand new company on the map—and Brant.

Too bad Kellan’s career keeps yanking him away just as things heat up between them.

Now that Brant is back in town—up close and personal in Kell’s living space—can they finally get the timing right to go after the love that has eluded them both for too long?

“Brant.” Wendy pulled her shell-shocked brother into a hug, her very pregnant belly getting in the way. Maggie’s screaming intensified as she was squished between her mom and her uncle. Brant winced as she wailed in his ear. “Hey,” he said weakly. “Pew, pew.” “Sorry I couldn’t come pick you up. I had to get the twins from day camp and Nick won’t be home for another hour.” “It’s all good.” Brant nodded at Kellan. “Kell found me.” Wendy swept her gaze up and down Brant’s tall frame. Since the Harkrader siblings were otherwise occupied, Kellan allowed himself to do the same. Even dressed down in loose sweatpants and a wrinkled T-shirt, Brant looked like an athlete. At six feet tall, Kellan was only about an inch or so taller than him, but Brant had him beat on muscle mass. Kellan used the home gym in his basement on an almost daily basis; still, Brant’s wide shoulders, narrow hips, and defined biceps said jock in a way that Kellan’s own body said works out only as much as he has to, to stay fit and attract a mate. Yes, it was super shallow, he was aware. But that was the dating game, wasn’t it? It was one of the reasons he avoided the dating scene—it was all so superficial. Not that he’d had the opportunity to date since moving back home from Vancouver last summer—or the interest, if he was honest. He’d had enough to do with getting his business off the ground. And considering how spectacularly his reputation had been shot at his last job, building it into a successful one was more important than ever. So really, the only reason he worked out at this point was because it had become a habit. He supposed there were worse ones. “Your hair’s so long,” Wendy said, giving the strands sticking out the bottom of Brant’s hat a tug. “What do they call this in the hockey world? Flow? You need a haircut, my friend.” “Uh . . .” “Pew, pew.” “Joey, have you said hello to your uncles?” “Yup!” Maggie chose that moment to spit up all over herself. “Aw, Mags.” Wendy kissed her forehead. “Let’s get you cleaned up.” She disappeared into the laundry room, where Kellan knew she kept spare clothes for all three kids for just such an occasion. Brant stared after her, blank-faced. Kellan leaned closer to him. “You know you can always stay with me, right?” He’d even offered when Brant had announced, less than two weeks ago, that he was moving back. Unblinking, Brant turned his stare in his direction. “No screaming children.” Brant whimpered. Amused by the whole situation, Kellan bumped their shoulders. “Think about it.” 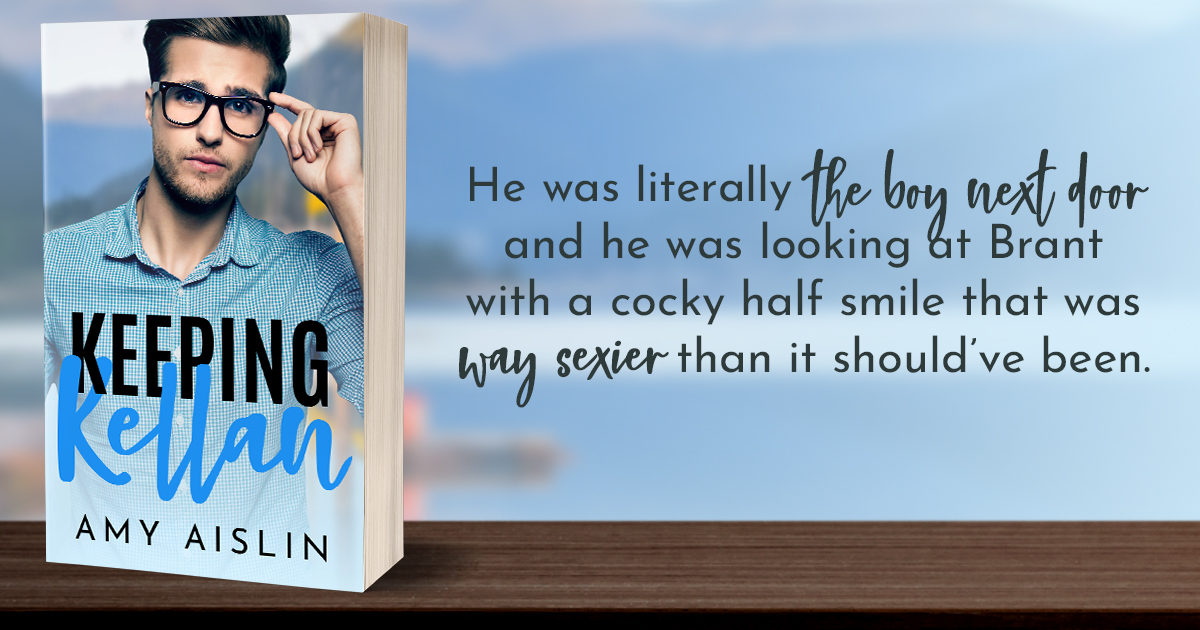 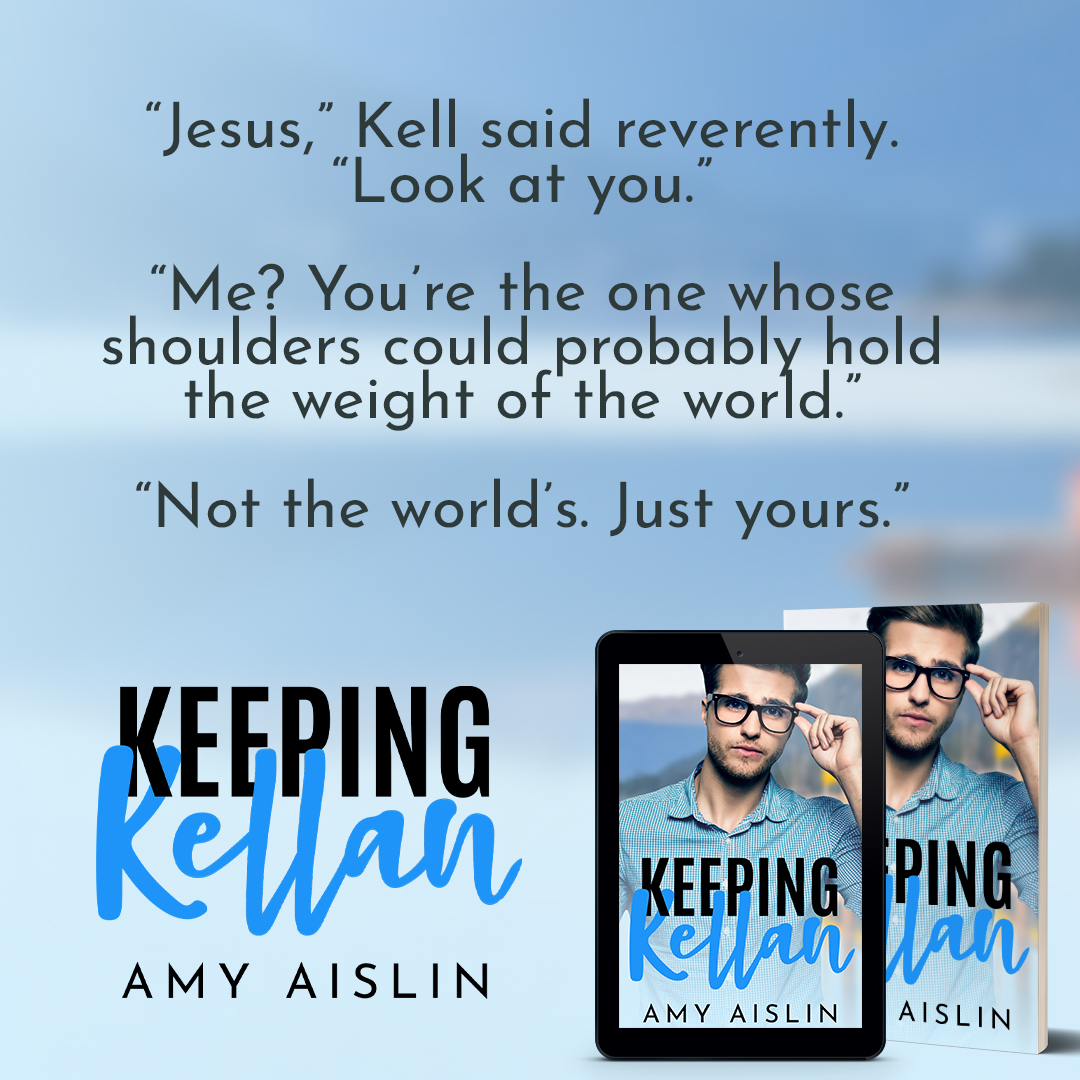 Amy’s lived with her head in the clouds since she first picked up a book as a child, and being fluent in two languages means she’s read a lot of books! She first picked up a pen on a rainy day in fourth grade when her class had to stay inside for recess. Tales of treasure hunts with her classmates eventually morphed into love stories between men, and she’s been writing ever since. She writes evenings and weekends—or whenever she isn’t at her full-time day job saving the planet at Canada’s largest environmental non-profit.

An unapologetic introvert, Amy reads too much and socializes too little, with no regrets. She loves connecting with readers. Join her Facebook Group, Amy Aislin’s Readers, to stay up-to-date on upcoming releases and for access to early teasers, find her on Instagram and Twitter, or sign up for her newsletter.

← Open Arms By Lynn Michaels
It’s Not PMS, It’s You by Rich Amooi →