Leading The Blind by BA Tortuga

Book 7 in the Roughstock series 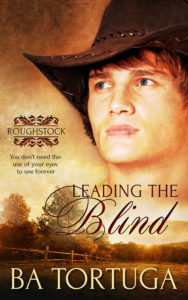 You don’t need the use of your eyes to see forever. After his head injury leaves him blind, professional bull rider Jason Scott can only think of one thing. He desperately needs to win the title in the big leagues of bull riding so he can retire and start a new life—one he can live with his best friend and lover, Andy Baxter. Andy—or Bax, as his friends call him—wants to keep Jason safe and alive, but he would never ask his man to be less than he is. With the help of their best friends, they start out on a path that will lead them back to the major events and to a deception that might lose them all their jobs. There’s no way the league officials would let Jason ride if they knew he was blind, so Jason and Bax have to figure out how to get Jason back to the top of the leaderboard without any kind of advantage or cheating being called. Meanwhile, they have to figure out what their new life is going to look like and what they’ll be if they’re not bull riders any longer. Will they get what they want? Or will the whole thing just be a case of the blind leading the blind? Reader advisory: This book contains some bull riding-related injuries. There is a brief homophobic slur from a secondary character. 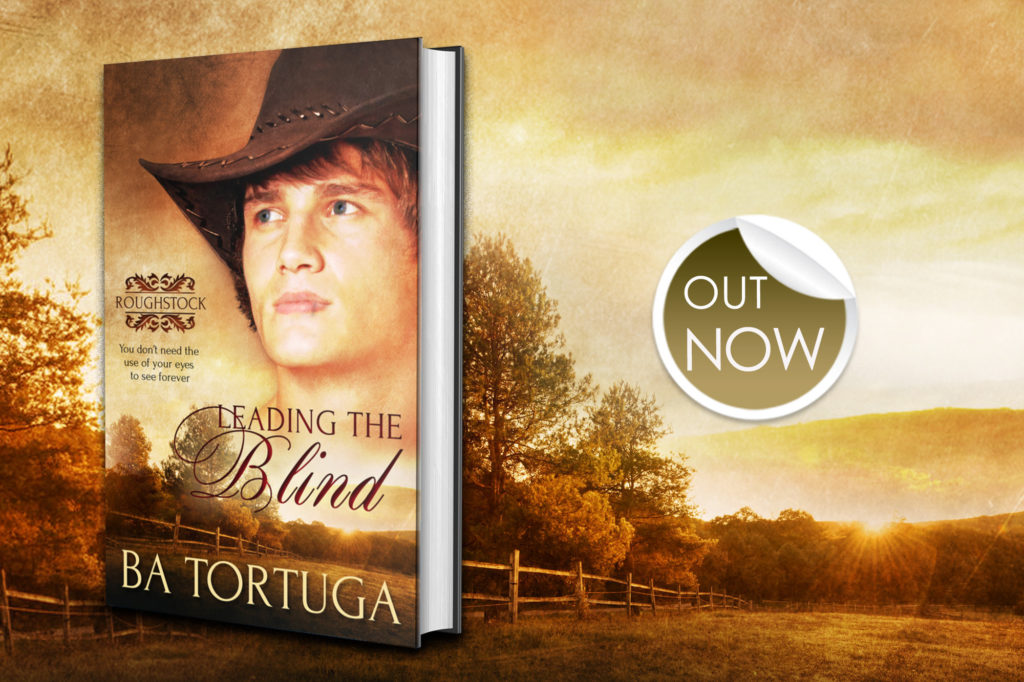 Texan to the bone and an unrepentant Daddy’s Girl, BA Tortuga spends her days with her basset hounds and her beloved wife, texting her buddies, and eating Mexican food. When she’s not doing that, she’s writing. She spends her days off watching rodeo, knitting and surfing Pinterest in the name of research. BA’s personal saviors include her wife, Julia Talbot, her best friends, and coffee. Lots of coffee. Really good coffee. Having written everything from fist-fighting rednecks to hard-core cowboys to werewolves, BA does her damnedest to tell the stories of her heart, which was raised in Northeast Texas, but has heard the call of the high desert and lives in the Sandias. With books ranging from hard-hitting romance, to fiery menages, to the most traditional of love stories, BA refuses to be pigeon-holed by anyone but the voices in her head. You can check out BA’s website and blog, and follow her on Pinterest and Instagram.

ENTER HERE AND GET A FREE EBOOK FROM THE AUTHOR! Notice: This competition ends on 22nd June 2021 at 5pm GMT. Competition hosted by Totally Entwined Group.