Murdoch “Doc” Smith has finally been stationed at the US Air Force base where he grew up, and he’s looking forward to being home and reconnecting with the love of his life. When he finds her, he discovers that she is now a he. It doesn’t matter to Doc. He welcomes Terry with Open Arms. Too much has changed for Terry, and he isn’t so sure they should get back together.

Will they reconcile, or break each other’s hearts?

This sweet love story includes a military and a trans character, who are both virgins.

Sal Hutton books a trip to Cancún on a whim. Needing some time off from work, he sees an

opportunity to go and takes it—alone. After a red-eye flight and full of excitement for what he might experience over the next week, he strikes up a conversation with the handsome taxi driver who gives him a ride to his hotel, and hopes their paths cross again.

Derrik Green came to Cancún for a vacation, and two years later is still here, after falling in love with the city and its people. He’s working as a taxi driver and is happier than ever. After dropping off the man named Sal, he can’t stop thinking about him, and hopes that eventually he’ll call, even if it’s just to hire him for a ride or private tour.

Soon their wish comes true and they’re spending time together, enjoying all the sights and adventures Cancun has to offer.

Sal and Derrik weren’t looking for love, but maybe they were meant to meet here, half a world away from their regular lives, and right in the middle of a tropical paradise. With so many people behind them, they might just get their happily ever after under starry nights and surrounded by the beautiful blue Caribbean.

He carries many secrets from his past. Shane wasn’t allowed to explore his sexuality when he lived home with his father, The Reverend. His submissive nature and desires had to remain fantasies.

Shane meets a dark stranger on the beach. Julien Callier is a Dom from Martinique and is sixteen years older than Shane. Bad boy Shane wants to win the heart of Julien Callier and become his sub. But does he really understand what Julien expects from his boy?

Julien’s heart goes out to this gorgeous boy and he takes him under his wing, grooming him to be his sub. Julien is determined to let Shane experience the good life, even financing his education, but he’s challenged at every turn by Shane’s rebellious nature.

When Shane’s defiant behavior threatens to come between them for good, Julien has to act fast to teach Shane the meaning of real submission.

Can Julien tame the bad boy? Can Shane give up his old ways of stealing, lying, and using drugs? The playroom is open.

The small stone building came into view, and Jashik glanced at me before his wings beat even stronger. We flew as we never had before, as free beings.

“It’s beautiful,” I sighed as I touched down close to the ancient dwelling.

“I’m not sure about that. But we can make it livable.”

“We can.” I walked through the crumbling doorway and was happy to see it at least had a roof over it. At least in this part of the structure. “What do you think it was?”

“An abbey, or maybe a small church. It’s so remote there’s really no way of knowing. Does it matter?”

“I like the idea of it being a church. We watched over one for so long as stone. There’s something poetic about us living in flesh in this one.”

“Maybe it was just a farmer’s house.” Jashik smiled as he spoke and walked around the small room we’d walked into. It was nearly barren; all that remained were a few chairs and an old stove for heating.

“Maybe, but I like the other idea better.” I glanced around and imagined all we’d need to do to make it livable.

Jashik walked closer to me and cupped my jaw with his strong hand. “I like whatever makes you happy. I’ve never seen the light in your eyes I see today.”

“You make me very happy, and I don’t want to keep pretending it’s not true.” I reached for his cheek and pulled him to me, our lips met, and a bolt of emotion flooded my senses. Making me feel weak and strong both at the same time. Jashik leaned back but held the tops of my arms.

“What was that?” He brushed his fingertips along his lips with a look of awe.

“I’m not sure, but I never want to lose that feeling again.” I tugged him in for another kiss and he drew me just as tight to him. How had we existed without knowing this growing warmth?

“Aasim,” he gasped out as we pulled apart and he rested his forehead against mine. “You are all I want.”

“And you are all I will ever need.”

He smiled then and shifted enough to meet my eyes. “I cannot wait to spend the rest of our days together, but if we want to have a place to rest and eat, we’ll need to get busy.”

*All three books center around gargoyles who have been brought to life to serve as guardians. Their lives of service change when they are given the opportunity to love. Each book can be read as a standalone but there are elements in the books that tie them together.

Stone Under Skin: Ankit and his fated mate Ethan, a human descended from elves.

Blood Beneath Stone: Petro and his fated mate Keir, a vampire and sworn enemy of the guardians.

Stone Hearts: Jashik and Aasim, both guardians who have no fated mate but find love together.*

Charming Taylor Samuels doesn’t expect his sister’s video audition for the reality television show The World Traveler to result in anything. But when they’re chosen to compete, he can do nothing but hope for the best.

Adam Scott’s best friend wants them to try to get on The World Traveler, and so Adam reluctantly agrees to make him happy.
As the reality sets in that they’ll competing, Adam tries not to panic too much.

Little do they know that a twist in the show will see Taylor and Adam’s worlds collide in a way they never imagined.
Will everything go horribly wrong, or could this be the perfect beginning to a wonderful journey?

The Base-Complete Series By H.M Wolfe

Meet Ardan, a man forged from fire, who protects those who cannot do so themselves, and Alasdair, a man with a heart of gold, who heals the wounds of the survivors.
Because this is what they do.
Survive.

The Base. Love. Loyalty. Protection.

What happens when you add two men with a past to one man who is their future? Can the secrets of the past hinder or heal the hearts of these three men?

The Base-Complete Series By H.M Wolfe

Meet Ardan, a man forged from fire, who protects those who cannot do so themselves, and Alasdair, a man with a heart of gold, who heals the wounds of the survivors.

Because this is what they do.

The Base. Love. Loyalty. Protection.

What happens when you add two men with a past to one man who is their future? Can the secrets of the past hinder or heal the hearts of these three men?

COMING JULY 12th THE ISLAND-A COWBOY GANGSTER/THE BASE CROSSOVER NOVEL THE ADVENTURES OF FABIAN, ARDAN AND THE OTHERS CONTINUE

Love and The Liffey By #SarahBethJames

I couldn’t fall for a rockstar, not again. I’d already had my heart broken once. I had come to Dublin to die, not find a new reason to live. And then I found Adrian, who seems determined to save me even when I don’t want to be saved. He’s gorgeous, kind, talented, loving and that accent! Adrian is everything I ever dreamed of.

Should I risk my heart again on another rockstar?

Or just walk away while I still can?

And when my ex comes back on the scene just who will I choose? 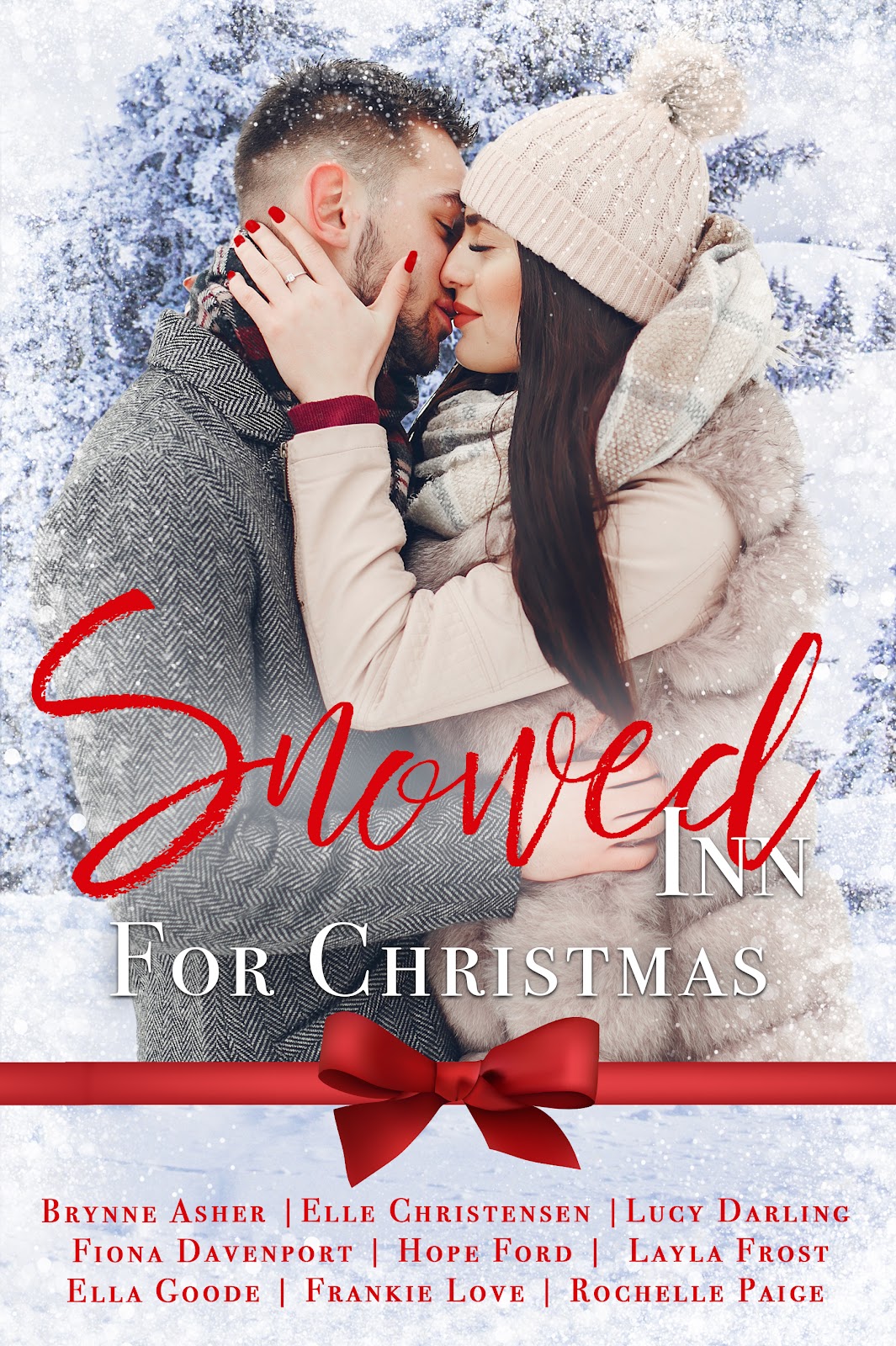 A record-breaking blizzard is on the way to Winter Falls…and close quarters sometimes make for strange bedfellows.

Led by their mayor, the citizens of Winter Falls rally together to keep everyone safe during the storm. Falling in love wasn’t part of the plan, but cuddling next to the fire and kissing under the mistletoe leads to a whole lot of romance for these nine couples.

Spend this holiday season with nine of your favorite romance authors as they introduce you to a ski town where love is in the air. This collection includes all new stories that are hot enough to melt all the snow headed for Winter Falls. 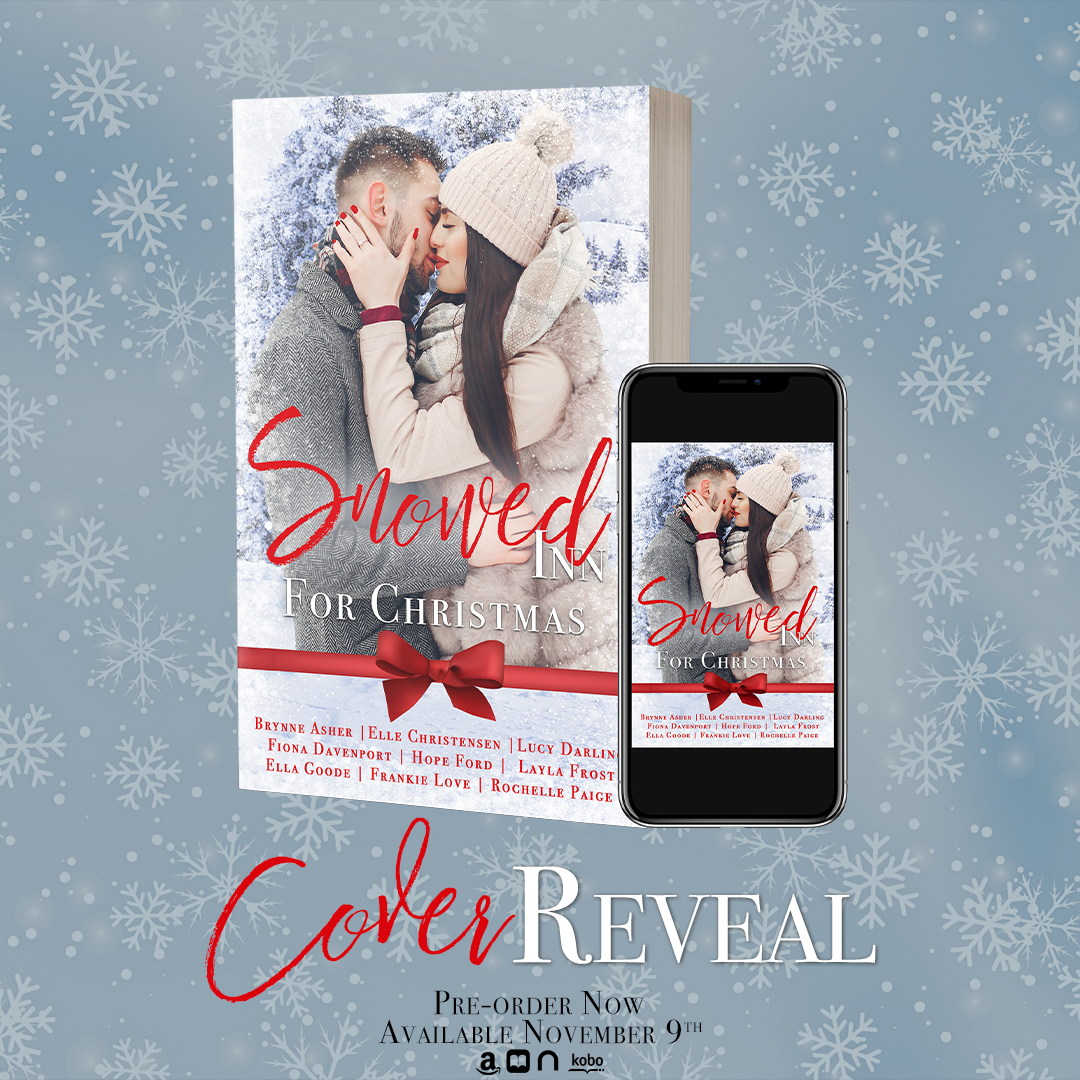 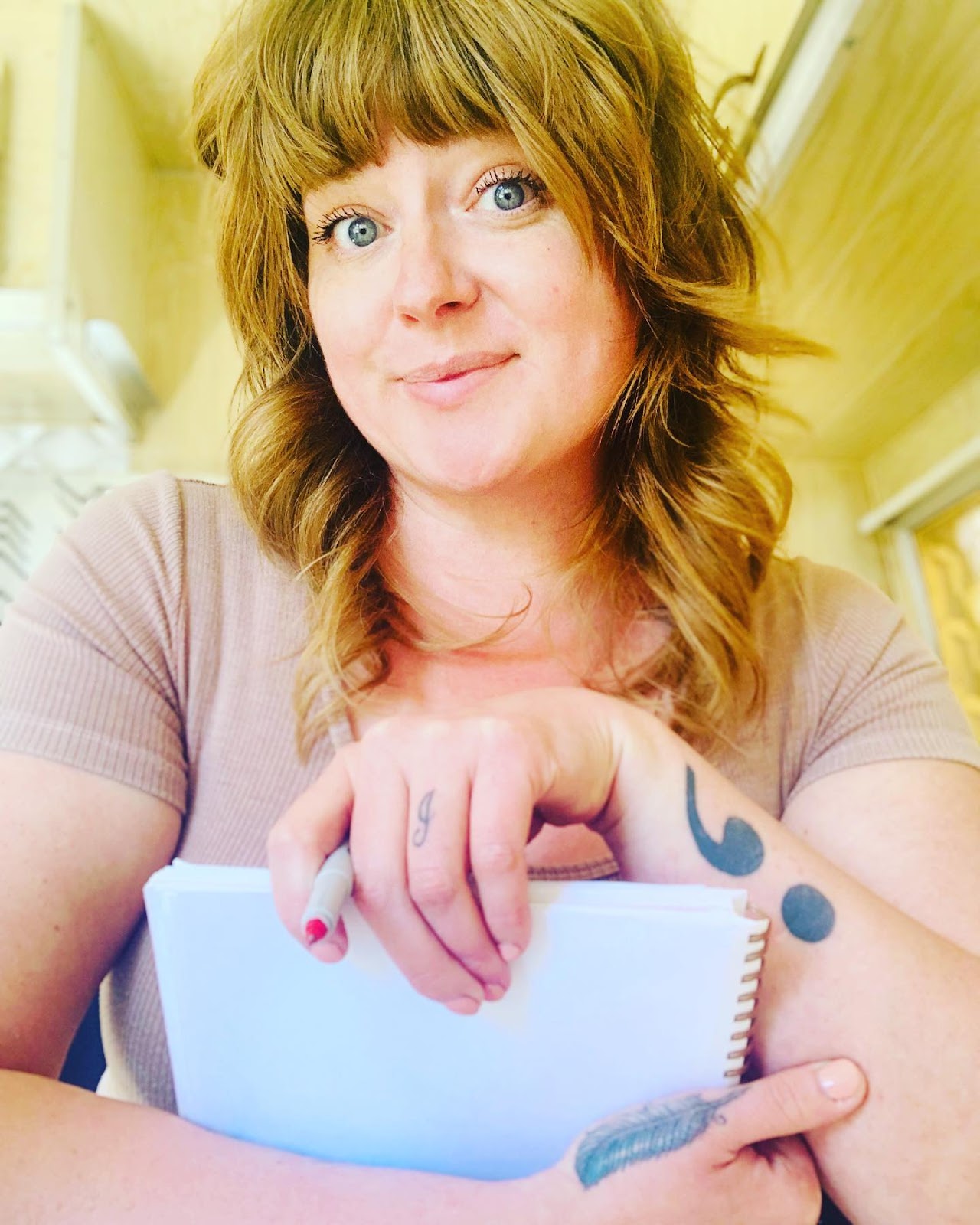 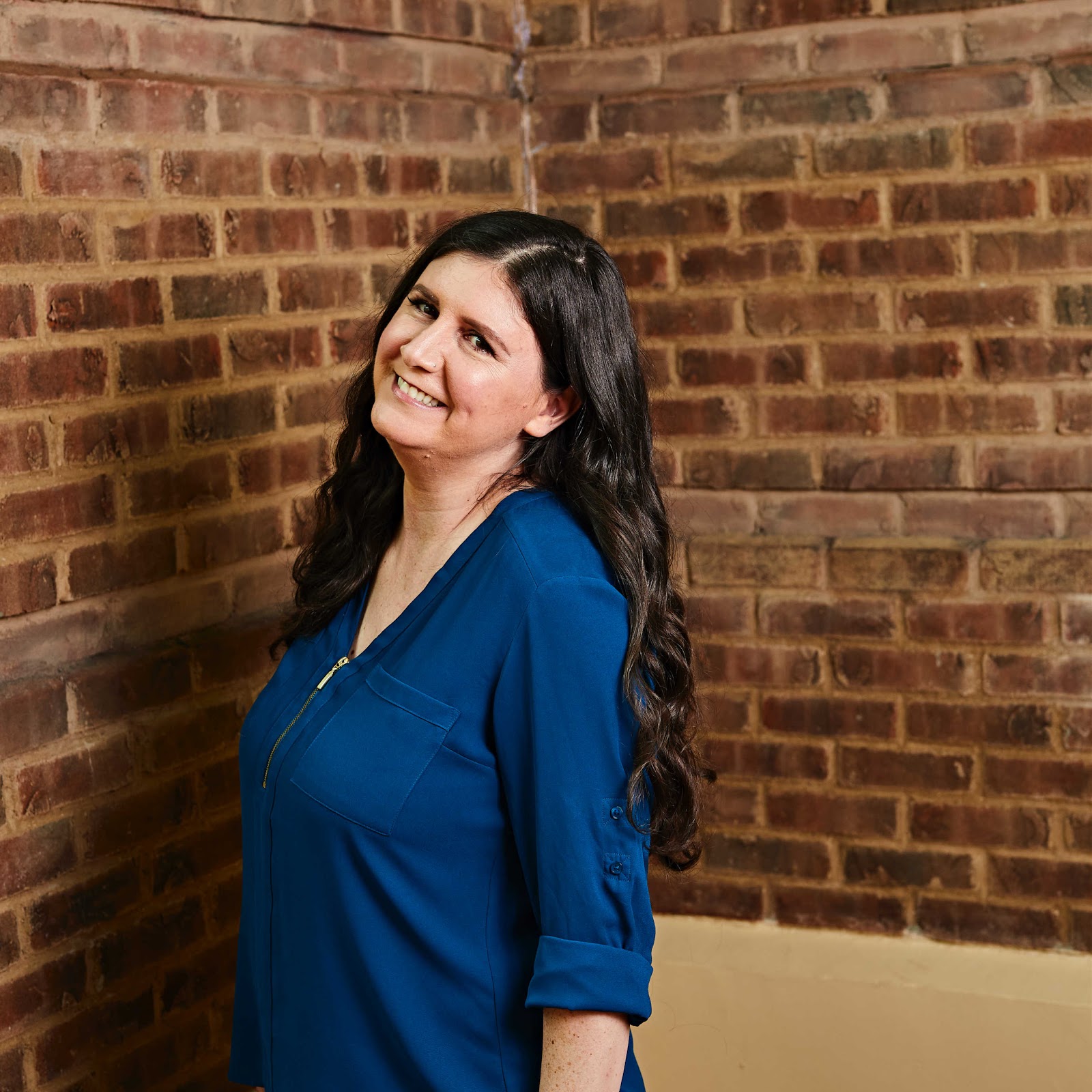