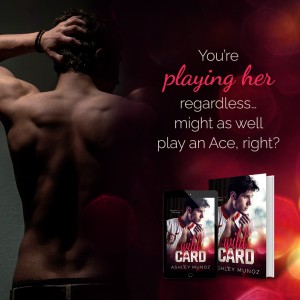 This was it…I could see it in my editor’s eyes.

This was the last straw. One more misstep and I was going to lose my coveted internship.

I decided right there in my room, lime-flavored tortilla chips in hand, that I would do whatever it took to write the story of the century.

And I had my target in sight—the undefeated Devil’s baseball team. They were RFU royalty, and completely untouchable.

Their parties were impossible to get into unless you were handpicked, and I was not.

Even still, I had a solid plan.

I would not get caught, definitely not seduced, and absolutely wouldn’t die. That is until I was stopped and rendered totally speechless by a pair of mossy eyes.

He lured me in, close enough to feel the press of his mouth against my skin and the heat of his hands on my body. Undoubtedly, I was a sheep headed straight for the slaughter, which only proved true when he called my bluff.

With him holding all the cards for my future success, and in order to salvage what remained of my dream, I did the only thing I could.

I made a deal with a devil.

Add to your Goodreads TBR: http://bit.ly/WC-GR