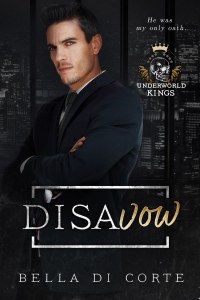 He was my only oath.
Aniello Assanti was a monster dressed in a gentlemen’s suit.
He was everything I should’ve feared and run away from. A walking nightmare. He belonged to an organization that valued money over life; power over free will; codes over love.
And if that wasn’t enough of a deterrent, he was strictly forbidden.
I, Rosalia Lombardozzi, solemnly vow…no fraternizing with the men who belong.
I worked for the same organization, and even with that oath forever marking my tongue, I was drawn to him like a moth to a flame. Something existed between us that not even the fire of disloyalty could turn to ash.
Some called it obsession. I called it love.
The world we lived in called it an act of betrayal. To disavow meant certain death.
When the heart takes an oath, though, it is more sacred than any vow spoken—it’s the one thing worth living and worth dying for. 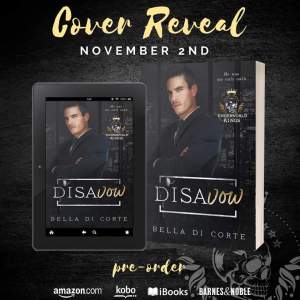 Bella Di Corte has been writing romance for seven years, even longer if you count the stories in her head that were never written down, but she didn’t realize how much she enjoyed writing alphas until recently. Tough guys who walk the line between irredeemable and savable, and the strong women who force them to feel, inspire her to keep putting words to the page.
Apart from writing, Bella loves to spend time with her husband, daughter, and family. She also loves to read, listen to music, cook meals that were passed down to her, and take photographs. She mostly takes pictures of her family (when they let her) and her three dogs.
Bella grew up in New Orleans, a place she considers a creative playground.
She loves to connect with readers, so don’t hesitate to email her at belladicorte@gmail.com if you’d like to reach out.