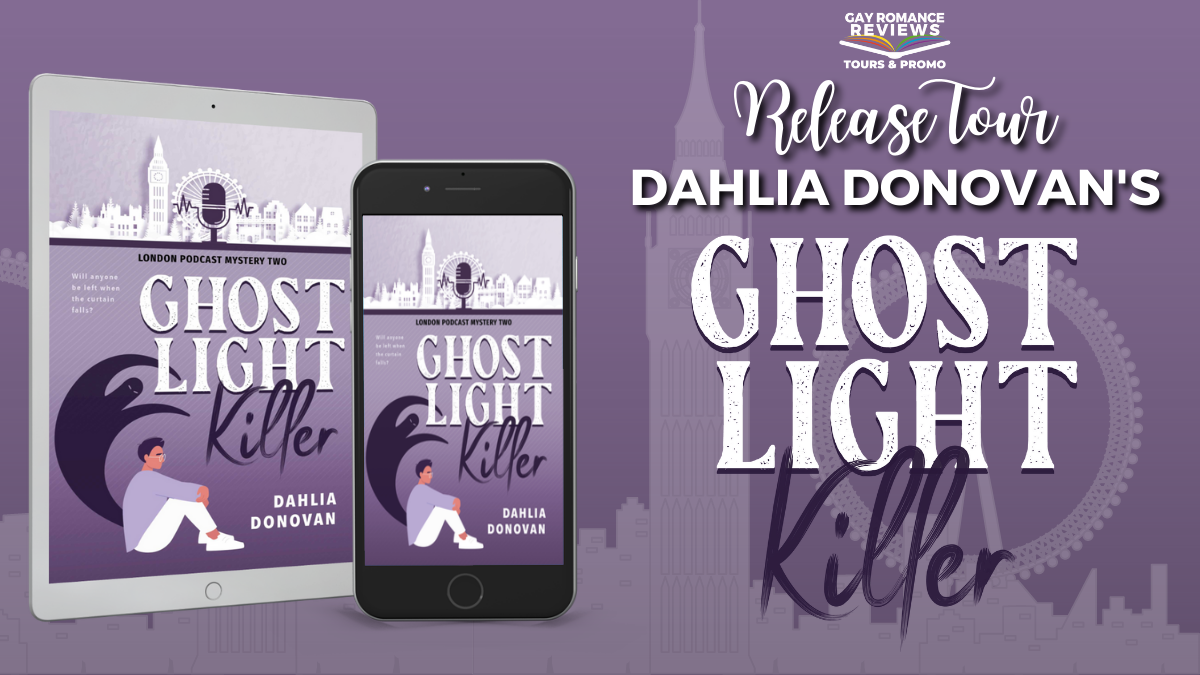 Several months after their first brush with death, Dannel Ortea and Osian Garey are back with a thrilling murder investigation in the second London Podcast Mystery Series novel.

While helping their flamboyant neighbour with his play, Dannel and Osian discover more than a ghost haunting the stage at the Evelyn Lavelle theatre. It’s all fun and games until a friend is found kneeling over a dead body.

Is he the murderer or an unfortunate witness?

When one body turns to two, then to three, will the killer ever be found?

As Dannel and Osian work together to solve the mystery, the murderer focuses on them. Their drive to clear their friend’s name puts them centre stage. But not everything under the glow of the bright lights glimmers.

Will anyone be left when the curtain falls? 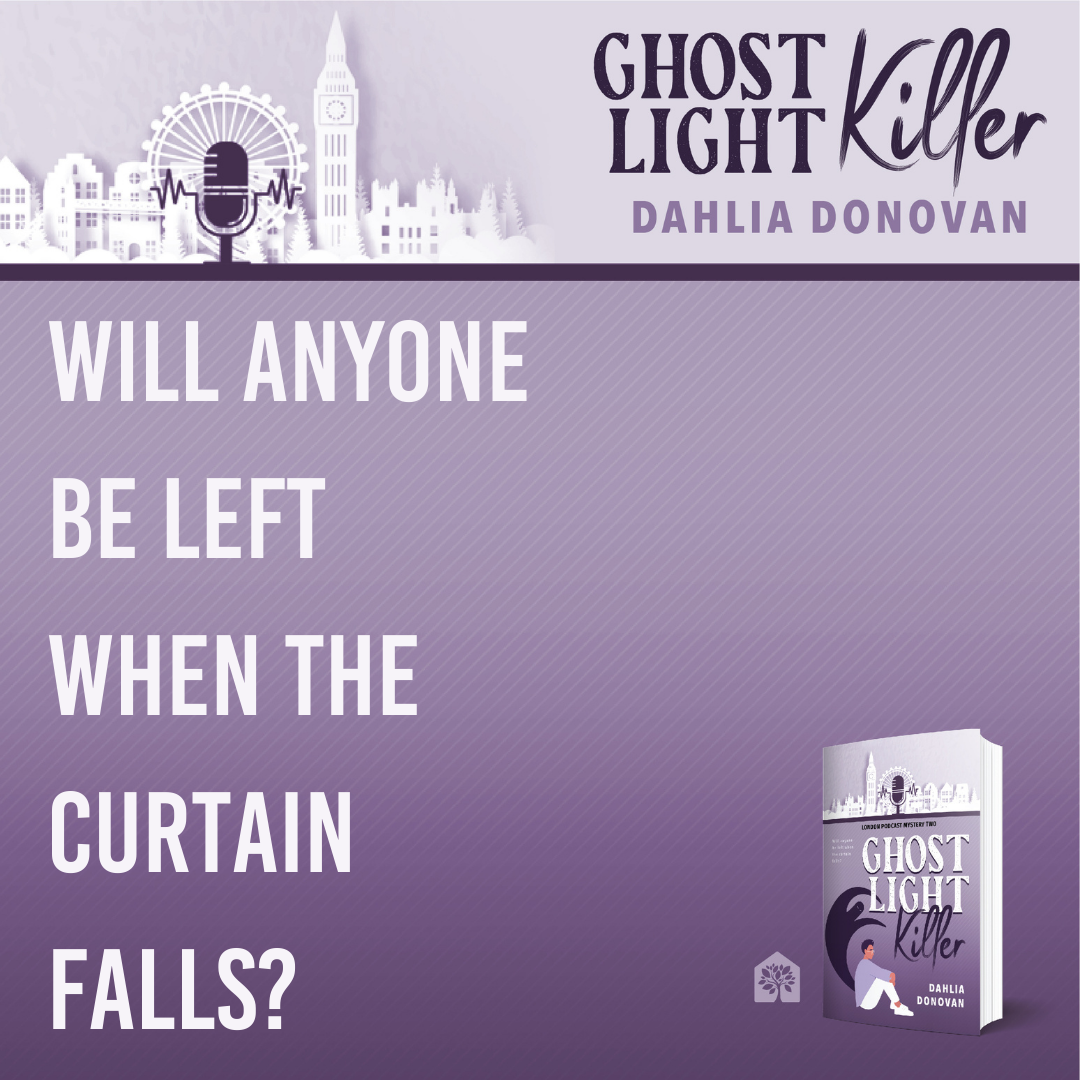 “Are we ready?” Ian sipped his coffee before adjusting his scarf carefully around his neck. He paused when a hideous scream came from inside the theatre. “Oh dear, sounds as though the ghost has struck again.” Osian exchanged a worried glance with Dannel. “Maybe we should head inside?” Ian led them into the theatre. They found a crowd gathered backstage in front of a door. “What’s going on? Let me through.” Osian stayed close behind Ian. He managed to peer between the gawkers and could only stare in shock. “Archie?” “Oz?” Archie was kneeling on the floor, almost keening in grief, bent over a grey-haired woman prone on the ground. He leaned back to turn tear-filled eyes toward Osian. “Oz. Help her. Please?” “Someone call 999.” Osian shoved his way through the gathered actors and stagehands. He dropped to his knees beside Archie, trying to assess the situation. “Hurry. Someone call 999. There’s not much time.” Damn it all. It’s already too late. “I’ve got it.” Ian fumbled in his pocket for his phone. “Everyone make room. He’s a paramedic.” Former paramedic. We should’ve stayed at home. “Does anyone know who she is?” Osian tried to delicately assess the health of the woman on the floor without moving her. He couldn’t see her face. His attention was focused on the scissors plunged into her back. “Archie?” “My mum.” And our morning was going so well.

Osian Garey and Dannel Ortea live together in a colourful flat in Covent Garden. They run a podcast and throw themselves wholeheartedly into Cosplay, video games, and musical theatre. This year, they’re all fired up to attend their annual convention with a group of first responders.

When Osian finds a paramedic friend murdered in the middle of the crowded venue, the police immediately turn their attention to him.

They have one question on their mind.

Is he the first witness on the scene or the killer?

As the mystery unfolds, Osian has to face the trauma of his last job as a paramedic. Somewhere in those memories, a killer waits to exact revenge. They’ll have to prove Osian’s innocence and fight for their own survival when the killer puts them both in their sights. 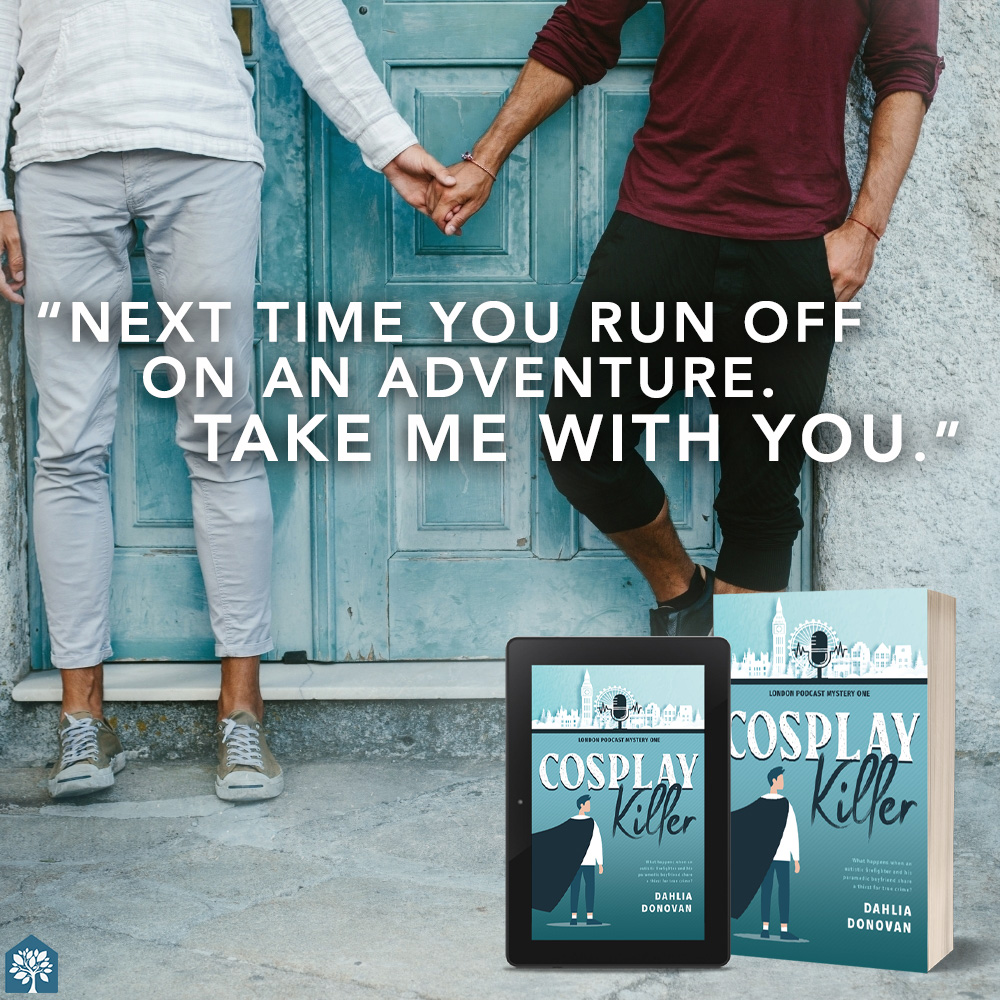 To celebrate the release of Ghost Light Killer, Dahlila is giving away a $10 Amazon Gift Card

Dahlia Donovan wrote her first romance series after a crazy dream about shifters and damsels in distress. She prefers irreverent humour and unconventional characters. An autistic and occasional hermit, her life wouldn’t be complete without her husband and her massive collection of books and video games.

← THE ITALIAN DOM by N.J. Adel
A Light to Kill By Virtual Book Tour →