Stanley is almost fifty. He hates his job, has an overbearing mother, and is in a failed relationship. Then he meets Asher, the man of his dreams, literally in his dreams. Asher is young, captivating, and confident about his future—everything Stanley is not. So, Asher gives Stan a gift. The chance to be an extra five years younger each time they meet. Some of their adventures are whimsical. A few are challenging. Others are totally surreal. All are designed to bring Stan closer to the moment his joyful childhood turned to tears. But when they fall in love, Stan knows he can’t live in Asher’s dreamworld. Yet he is haunted by Asher’s invitation to “slip into eternal sleep.”

The Midnight Man Kevin Klehr © 2021 All Rights Reserved Stanley gazed into the fridge as he waited for his partner, Francesco, and their conquest for the night to stop smooching at the front door and come inside. He checked for eggs and milk. He was thankful there were chives in a container so breakfast for their guest could be a tad more exotic. But he’d have to go easy on the toast as there were only three slices of sourdough left, and he didn’t want to open the boring old multigrain. He closed his eyes to recall the night. Their plaything was licking his lips with just the right amount of tongue when he propositioned Francesco at the nightclub. He hadn’t even noticed Stanley. But if the couple didn’t respond to the young man’s request, he’d move on to the next potentials and Stanley and Francesco would have to choose between those altered by alcohol or happy pills. And Stanley knew those sins outstayed their welcome like bad wallpaper. Fortunately, tonight’s pickup was only slightly wired. Francesco stumbled in the living room, trying to make martinis. Their boy was giggling like a pre-schooler who’d heard a limerick. But the disco laden images of earlier that night were still haunting Stanley. Francesco’s workmate, Graham, had joined them with his partner, Tony. Stanley recalled the look Tony gave them when they said goodnight. As if their hookup, who wrapped his arms around Stanley and Francesco, was the victim in some lost midlife scenario reminiscent of anxious porn. Yet Graham and Tony were only ten years older than Stanley and Francesco’s toy for the night. Surely Tony would be more open-minded. “Dinky, the martinis are ready.” Stanley frowned at hearing his nickname. It was his curtain call to re-enter this flawed three-character play. “Elijah can’t believe you’re fifty soon,” Francesco said, handing Stan his cocktail. “You look so good.” The lad gazed wide-eyed for more time than naturally required. “Your hair’s thinning a little, but I know guys half your age who are seriously bald.” “See, Dinky. Even Elijah thinks you’re handsome for your age.” “Thank you,” Stanley mumbled. He sat on the edge of the armrest of the large sofa. Elijah sat with his legs stretched out, enjoying the comfort of their recliner as if it was his own. He grinned at Francesco like a patient kid waiting too long for dessert. “I hope you like scrambled eggs,” Stanley said. “Say what?” Elijah snickered. “You said you were staying for breakfast,” Stan replied. “You said so on the ride home.” “Oh no.” Elijah looked horrified, as if dessert were cancelled. “You’re taking me out for breakfast.” “He wants to be paraded,” said Francesco. “Like a gold medal.” Stanley tried his best not to roll his eyes. “So, what made you choose us tonight?” Francesco asked. “You’re an established couple,” Elijah replied. “You know your shit. And you’ve dealt with your shit. Older men are so much more fun.” He turned to Stanley. “Most times I go out, I pick up an older couple.” Stanley couldn’t help thinking how rehearsed Elijah sounded. “Has that strategy always worked?” “Of course.” “Really?” Elijah stared blankly at Stanley. “Yeah, except when one guy is more uptight than the other.” 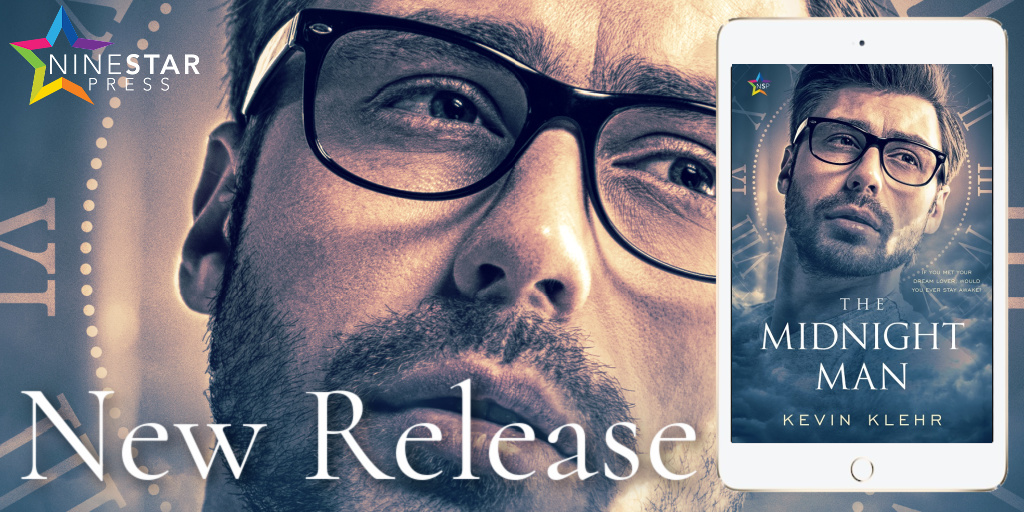 Kevin lives with his husband, Warren, in their humble apartment (affectionately named Sabrina), in Australia’s own ‘Emerald City,’ Sydney. His tall tales explore unrequited love in the theatre district of the Afterlife, romance between a dreamer and a realist, and a dystopian city addicted to social media. His first novel, Drama Queens with Love Scenes, spawned a secondary character named Guy. Many readers argue that Guy, the insecure gay angel, is the star of the Actors and Angels book series. His popularity surprised the author. The third in this series, Drama Queens and Devilish Schemes, scored a Rainbow Award (judged by fans of queer fiction) for Best Gay Alternative Universe/Reality novel. So, with his fictional guardian angel guiding him, Kevin hopes to bring more whimsical tales of love, life and friendship to his readers.