Book 2 in the Success series 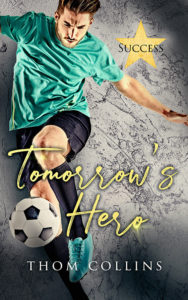 A professional footballer with a secret. Can love conquer a lifetime of fear? On the surface, international football star Fernando Inglesias has the perfect life—his dream career, fame, wealth and a beautiful girlfriend on his arm. At twenty-nine, Fernando has it all, but success is fragile, and one mistake could destroy everything. Fernando has a secret he will never share, something that could destroy everything he’s worked hard to achieve. There are no openly gay male footballers in the professional league, and he has no intention of becoming the first. Ibiza…the party playground of Europe—a hedonistic island where anything is possible. On a weekend trip with the boys, love is the last thing Fernando expects to find. A chance meeting with Joshua, a handsome English visitor, changes it all. For the first time, he finds himself interested in more than sex from another guy. As Fernando and Joshua grow closer, the stakes are high on both sides as they struggle to overcome their personal differences. Can Fernando risk his career for the sake of loving another man? Reader advisory: This book contains themes of homophobia, a mention of suicide and references to parental neglect and abuse.

By eleven p.m. on Friday night, the stag party had been hard at it for thirty-eight straight hours. Since they’d arrived at the airport yesterday morning, they’d been on a relentless mission to get wasted, knocking back beers with vodka chasers before boarding the flight. Now Marc, the groom, had his hand up the skirt and his tongue down the throat of a girl he’d met less than an hour before. The best man had another woman pressed against the wall, while the tell-tale jerk of her shoulder made it clear she was giving him an over-the-trouser hand job.

Fernando Inglesias watched the tawdry display going on all around him and wondered, not for the first time that day, what the hell he was doing there. He barely knew Marc Jenner, and from what he’d seen of the groom so far, he intended to keep it that way. The rest of the group were just as bad—entitled, overgrown schoolboys behaving like this was their first trip away from home. Fernando had come along for the sake of his friend and teammate Robson, the only guy on this trip he gave a stuff about. Now Robson had his arm around the shoulder of a woman in a transparent dress. There was no need for Robson to stare so obviously at her enhanced breasts when everyone in the place could see them.

And now the women—a large hen-party they’d met in the previous bar—had tagged along and made themselves a permanent fixture. Lured by the promise of free drinks and VIP club access, it was obvious they would stick with the guys for the rest of the night, perhaps even the weekend.

Fernando knew before the flight had left London that he’d made a mistake in accepting the invitation. It had been pure hell from the start. He would make sure he was unavailable for the wedding, whenever that was.

He flinched as one of the women from the hen party made a grab for his crotch. He ducked his hips just in time to keep her from getting a good handful.

“Aww, don’t be a spoilsport,” she said, pressing her breasts against him and thrusting her knee up the inside of his thigh. “I only wanna see what all the fuss is about. Know what I mean?” Her screechy laugh cut above the unrelenting beat of generic house music.

Fernando tried to pull away, but the woman would not be shaken. She put an arm around his waist and pushed her body tight against his. She reeked of cloying, overbearing perfume and gin. Fernando turned his head to avoid the worst of the smell. Like all drunks, she had no concept of how loud she was being.

“Wass-a-matter with ya?” she shouted in his ear. “You’re in Ibiza, ain’t ya? Everyone comes here to party. Don’t be so stuck up.”

She ground her body against him almost in time with the music. Fernando looked around for help, for someone to save him from this awful woman, but all the other men in his party were enthralled by the girls. They probably thought he was having a great time.

Fernando groaned. He didn’t fit in with anyone here. Even Robson had turned into a different person since hooking up with these idiots. They had been drinking since they’d surfaced around noon and made no attempt to hide it when they took a hit of cocaine to revive their flagging spirits. He’d avoided them for much of the day, working out in the hotel gym before catching some quiet time around the pool in the afternoon, but there had been no getting out of joining them this evening. When they’d finally hit the town, Fernando had been the only sober member of the group.

“They call me Becca,” the woman hollered, fluttering her false eyelashes. She licked her lips, gazing at him lasciviously. “I know who you are. I’ve seen you in the magazines—gossip sites and all that. Always thought you was hot, but man, those pictures don’t do you justice.” She giggled, an obvious attempt at coyness. “You are so much sexier in the flesh.”

Fernando clenched his teeth. This was exactly what he didn’t want—being recognised from the trashy celebrity magazines his girlfriend paraded them through, rather than as the international striker he was. Those mags were devoured by people like Becca, who seemed to believe every word they read.

“It’s not true, is it?” she persisted. “That you’re getting married to that Pritti Parlow?”

“No,” he said, looking for an escape. The bar was packed, and he’d somehow got hemmed into the corner. He saw several camera phones trained on him and Becca. Great. A photo like that could be used to support any bullshit story the gossip sites cared to invent.

“Good,” Becca said, pressing closer. “Cause you can do much better than her. Know what I’m saying? I don’t think she’s all that special. You see her everywhere, but I don’t even think she’s that pretty, which is funny considering her name. It’s all false, ain’t it? Her tits, her hair, lips… None of it’s real. I mean, no offence and all that, but I just say what I see.”

Fernando raised his eyebrows. With her frozen forehead and the duck-like shape of her mouth, Becca’s own brand of beauty was far from natural. “I have to go. Excuse me.”

Becca gripped him tighter. “I’m a model,” she continued, undeterred. “Glamour, corporate entertaining, you know the kind of thing. I’m a friend of the bride.” She gave a dismissive wave in the direction of a woman in a pink tutu and veil. “Sort of. More a friend of a friend, but who’s gonna turn down a trip to Ibiza? It’s fucking insane, ain’t it? I love it here. Don’t you, hon?”

Fernando yanked his arm out of her grip. “It was nice meeting you,” he said without conviction. “I have to go now.”

She appeared panicked, reaching for him again, but he shrugged her off. “Why don’t I come with you? How does that sound? You and me? We could go somewhere nice and quiet. Maybe your hotel.”

“You know I have a girlfriend.”

“But she ain’t here, is she? What she don’t know about won’t hurt her. Besides, if it’s only a blowie, like, it hardly counts as anything, does it? An’ in Ibiza at that.” 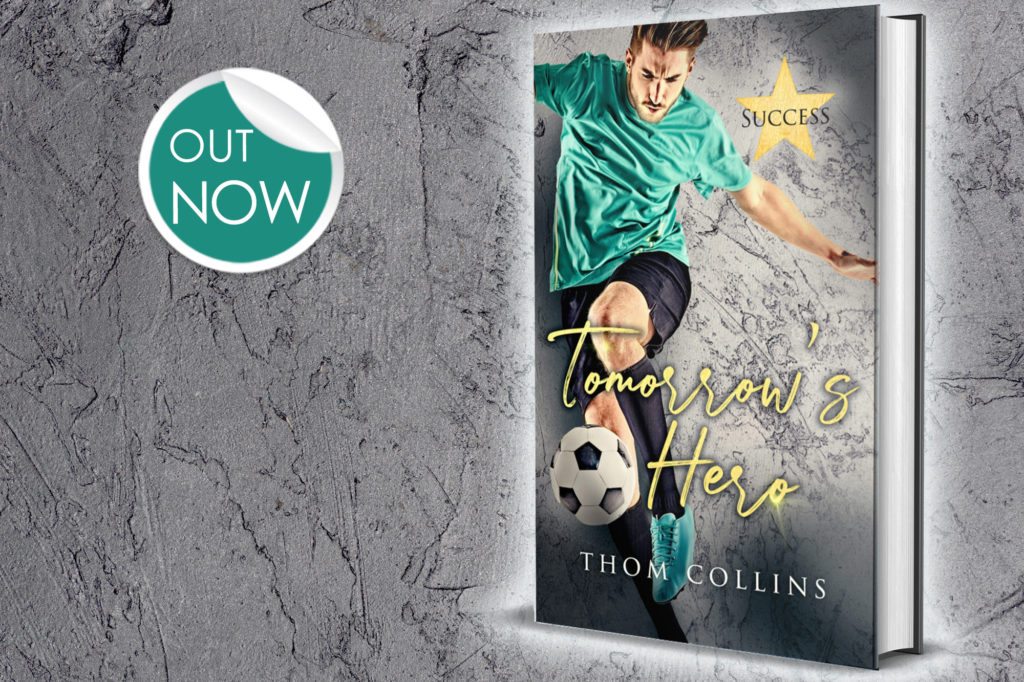 Thom Collins is the author of Closer by Morning, with Pride Publishing. His love of page turning thrillers 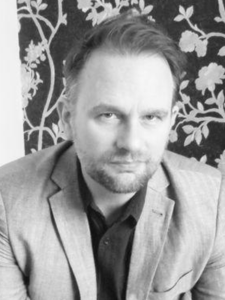 began at an early age when his mother caught him reading the latest Jackie Collins book and promptly confiscated it, sparking a life-long love of raunchy novels. Thom has lived in the North East of England his whole life. He grew up in Northumberland and now lives in County Durham with his husband and two cats. He loves all kinds of genre fiction, especially bonkbusters, thrillers, romance and horror. He is also a cookery book addict with far too many titles cluttering his shelves. When not writing he can be found in the kitchen trying out new recipes. He’s a keen traveler but with a fear of flying that gets worse with age, but since taking his first cruise in 2013 he realized that sailing is the way to go. You can take a look at Thom’s Blog and follow him on Twitter.