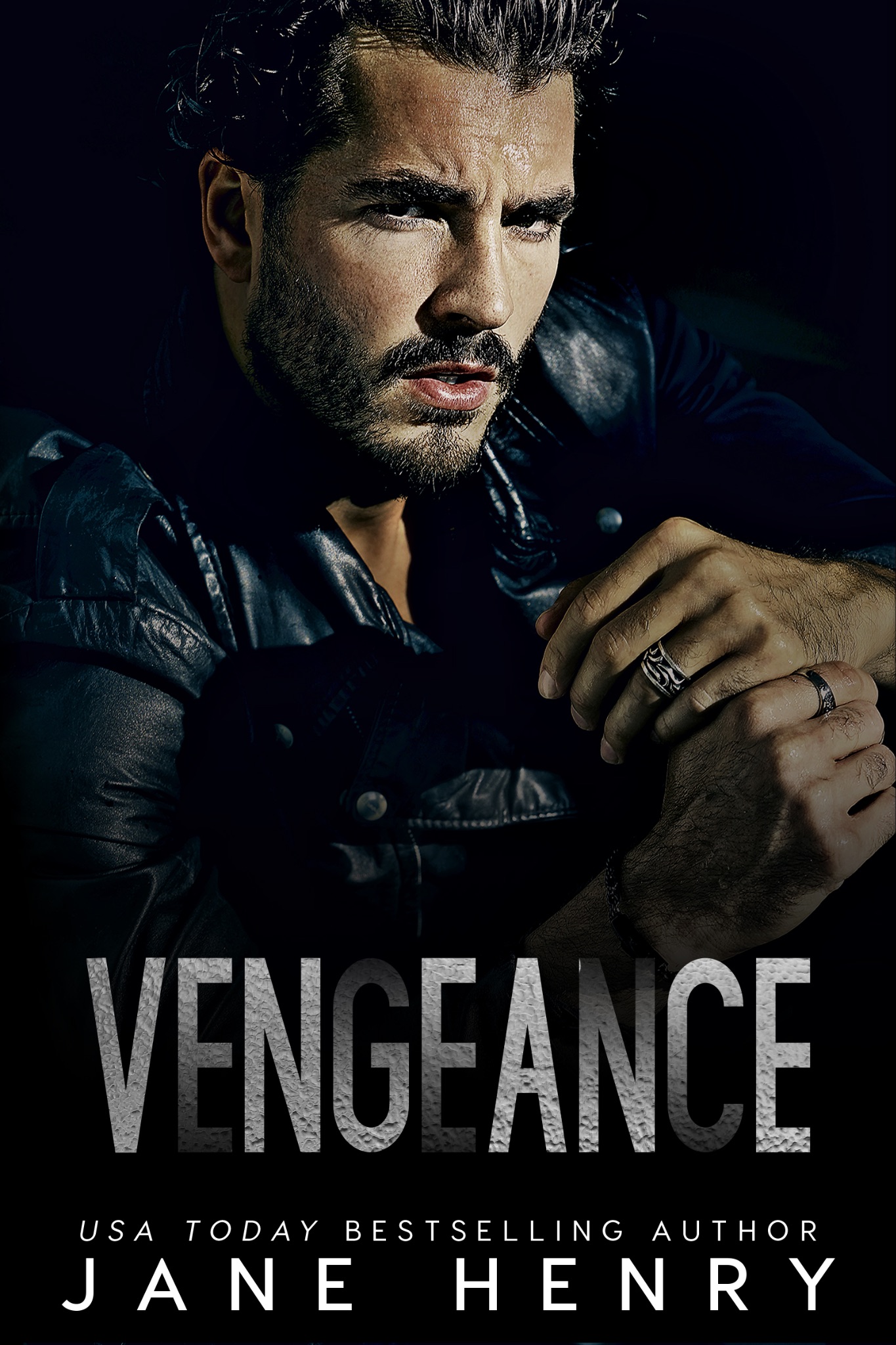 They call him the executioner.
Some say monster.
Dishonorably discharged from the military, he runs a highly secret, clandestine operation, and has everything I need to find the justice I crave.
Power players at his disposal.
An insatiable hunger for justice.
A reckless disregard for the law.
But when his own family becomes embroiled in a wicked play for power, he needs me as well.
I offer him my skills, but that’s not what he wants.
He wants me.
And Cain Master always gets what he wants.
Please note: Vengeance is book one in the Master’s Protégé duet. It is not a stand-alone novel.

A shadow precedes him. I still at his breadth and height just before he enters.
I know before he speaks, by the way the air seems thinner and the furniture somehow smaller… this is the master of the house.
He’s taller than I am, by a full foot or more. Thick, dark brown hair just a touch longer than acceptable military length frames a ruggedly masculine face, his square jaw lined with stubble that underscores harsh, brutal beauty. If not for the cut of his jaw and the harsh lines of his face, he’d be too pretty.
He’s younger than I expected. At least… physically.
His eyes tell another story.
They spark with latent energy and power. His posture commands respect, and swift, blind obedience, like the kings of old. I can’t decide if I expect him to pull a sword out of a stone or bare his teeth with a show of fangs.
I meet his gaze, which is harder than it sounds, as it takes an act of sheer will not to look away. Stark, naked cruelty lies in the savage sapphire depths. Barely civil. He holds me in the power of that gaze for one wild, terrifying moment. A mere glimpse of the ferocious honesty in his eyes shows a world of barely contained fury and power, as if the blood of an unnamed god thrums in his veins, demanding homage and obedience before he snaps his fingers and orders destruction.
A shiver skates down my spine.
Heavy, dark brows slant over his eyes, and his mouth is a harsh slash softened by full lips. He stares at me, unblinking, his hands on his hips.
“May I help you?” I nearly startle at the rumble of his voice, as the polite words he’s chosen bely a savage intensity I feel from across the room. He wears faded jeans and a black Henley, but the simple clothing doesn’t hide the resilient cords of muscle that outline the column of his large neck and run down the nearly graceful slope of his powerful shoulders to the sleeves stretched tight across the carved biceps of his arms. His is a body perfected and honed for the sole purpose of harnessing a human’s full potential.
I realize I’m not breathing, but it’s his fault. He took all the air out of the room when he entered and barely left any for me.