Every Gathering, Raine hides from potential mates, knowing that in a society where tri-bonds were the expectation, a wolf wanting a mate all to themselves was an anomaly. Enter Gabriel. They’d met two years before, both left disappointed when no bondmark appeared on their wrists at that time. Gabriel’s been hunting, but there’s been no sign of Raine, outside of the one brief visit that didn’t end the way he’d hoped for. Fast forward to the present Gathering. He’s stumbled onto Aiden, a wolf miserable in his own pack due to the way he’s treated. Born with a disability, he knows he can’t keep up, but no one has taken the time to teach him where his true potential lies—until Gabriel that is. Gabriel’s protective instincts kick in almost immediately. Now Gabriel has one wolf he desperately wants to care for and another who has been hiding from him. Unfortunately, it might not be a challenge Gabriel is up for. 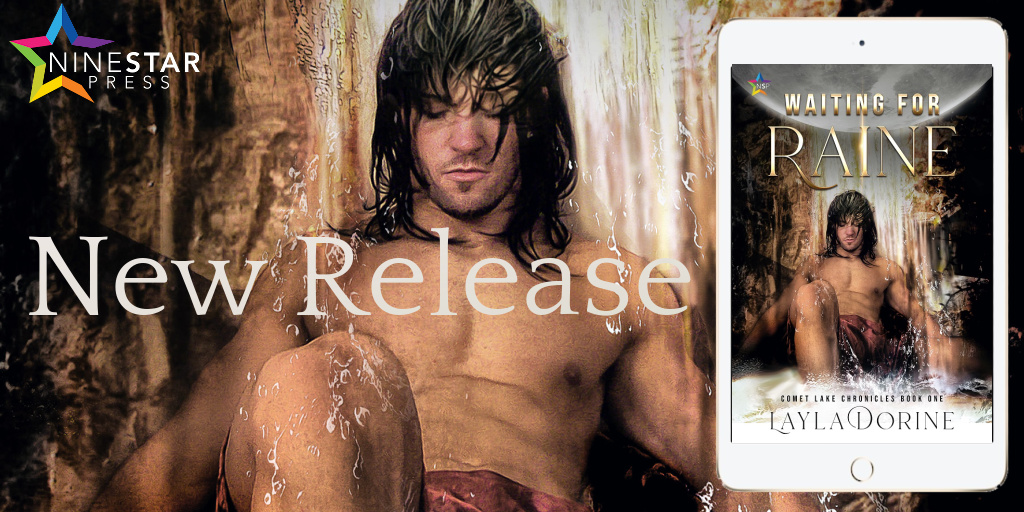 Layla Dorine lives among the sprawling prairies of Midwestern America, in a house with more cats than people. She loves hiking, fishing, swimming, martial arts, camping out, photography, cooking, and dabbling with several artistic mediums. In addition, she loves to travel and visit museums, historic, and haunted places. Layla got hooked on writing as a child, starting with poetry and then branching out, and she hasn’t stopped writing since. Hard times, troubled times, the lives of her characters are never easy, but then what life is? The story is in the struggle, the journey, the triumphs and the falls. She writes about artists, musicians, loners, drifters, dreamers, hippies, bikers, truckers, hunters and all the other folks that she’s met and fallen in love with over the years. Sometimes she writes urban romance and sometimes its aliens crash landing near a roadside bar. When she isn’t writing, or wandering somewhere outdoors, she can often be found curled up with a good book and a kitty on her lap.