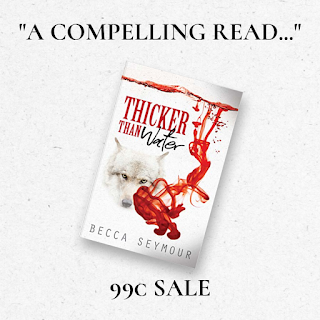 A dangerous ring of vampires is working to create synthetised blood farms, as well as a dangerous new drug that will hold fatal consequences if allowed to hit the streets. The key ingredient to both being the blood of female shifters. Their latest target? The only family Callen has left.

With the wolf within desperate to protect those he holds dear, Callen joins a special task force assigned to the case. There he meets Liam “Thatch” Thatcher, the head of the task force, who becomes the center of Callen’s world with a simple bite.

Time is running out. Soon the vampires’ product will explode onto the streets and paint a target on the back of every shifter. Bonded by memories and blood, can Callen and Thatch bring down an operation with a wider reach than either of them could fathom? Or will ferocious matters of the heart demand the ultimate sacrifice?

“Fast paced. Sexy supernatural creatures. Twists and turns. Highly Emotional moments. Romance. Love. It has everything you want.” “A fast-paced action thriller with a dash of romance thrown in for good measure.”- Joyfully Jay