The Earl of Callander’s Secret Bride

Book 1 in the The Scots and the Sassenachs series 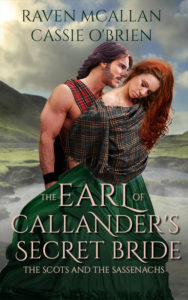 A treasonable letter. Attempted blackmail. Can a secret marriage save the day? Duncan, the Earl of Callander, loves his beautiful neighbour Lady Cairstine McColl but has held back from proposing until she has enjoyed her debut in Edinburgh. However, matters are taken out of his control when Cairstine discovers a plot to blackmail her father with her hand in marriage demanded as the ransom price. A daring plan is hatched. To protect Cairstine, she and Duncan will wed under Scottish law, then travel to England incognito to find and destroy a letter that could see her father accused of treason and the family ruined. But all is not straightforward once they arrive in Corbridge. They must hide the passion they feel for each other from the blackmailer, and worse, there may not be just one blackmailer, but two. 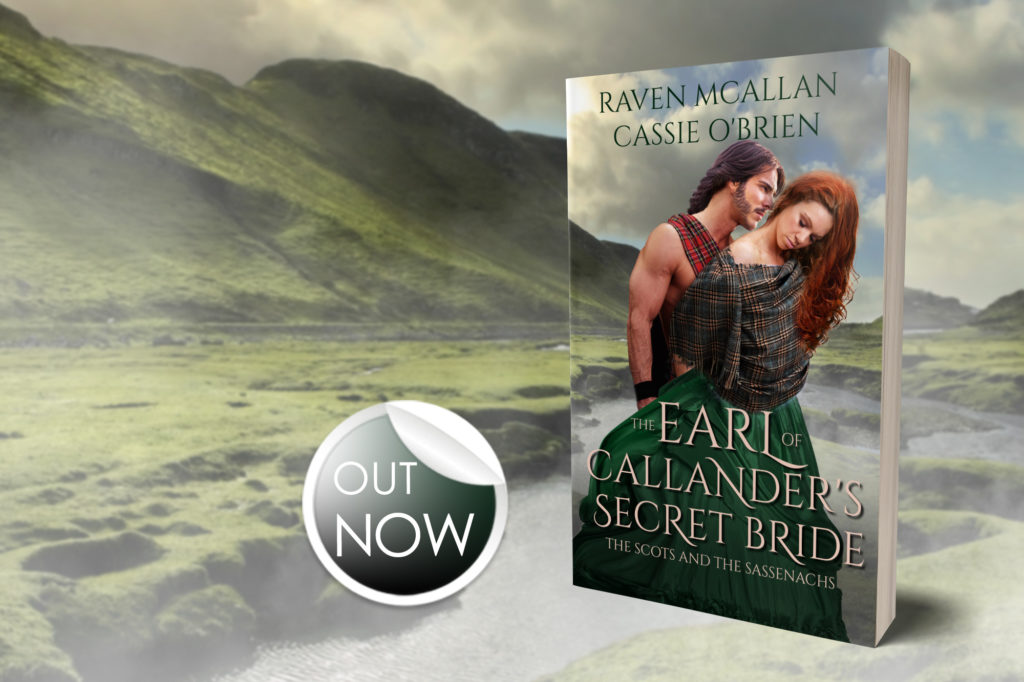 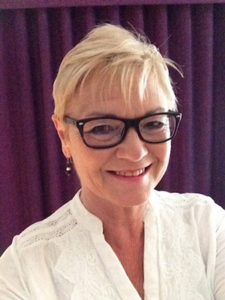 After 30 plus years in Scotland, Raven now lives near the east Yorkshire coast, with her long-suffering husband, who is used to rescuing the dinner, when she gets immersed in her writing, keeping her coffee pot warm and making sure the wine is chilled. With a new home to decorate and a garden to plan, she’s never short of things to do, but writing is always at the top of her list. Her other hobbies include walking along the coast and spotting the wildlife, reading, researching, cros stitch and trying not to drop stitches as she endeavours to knit. Being left-handed, and knitting right-handed, that’s not always easy. She loves hearing from her readers, either via her website, by email or social media. 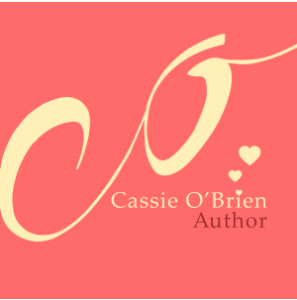 I love: Being with family and friends. Writing and having the freedom to do so now child four of four has passed her driving test and is off to uni later this year. I Like: Any excuse to throw a party. Any excuse to open a bottle of fizz. Shoes in vast quantities – the higher the heel the better. Ambitions: To write many more books. To own a pair of Louboutin’s. To never go near an iron or a hoover again. You can find Cassie on Facebook and follow her on Twitter: @cassieo_author

Enter for the chance to win a $50.00 First for Romance Gift Card! a Rafflecopter giveaway https://widget-prime.rafflecopter.com/launch.js Notice: This competition ends on 2nd November 2021 at 12am EST. Competition hosted by Totally Entwined Group.

← LaPetite Mort
I’m Not Your Enemy by Cara Dee  →